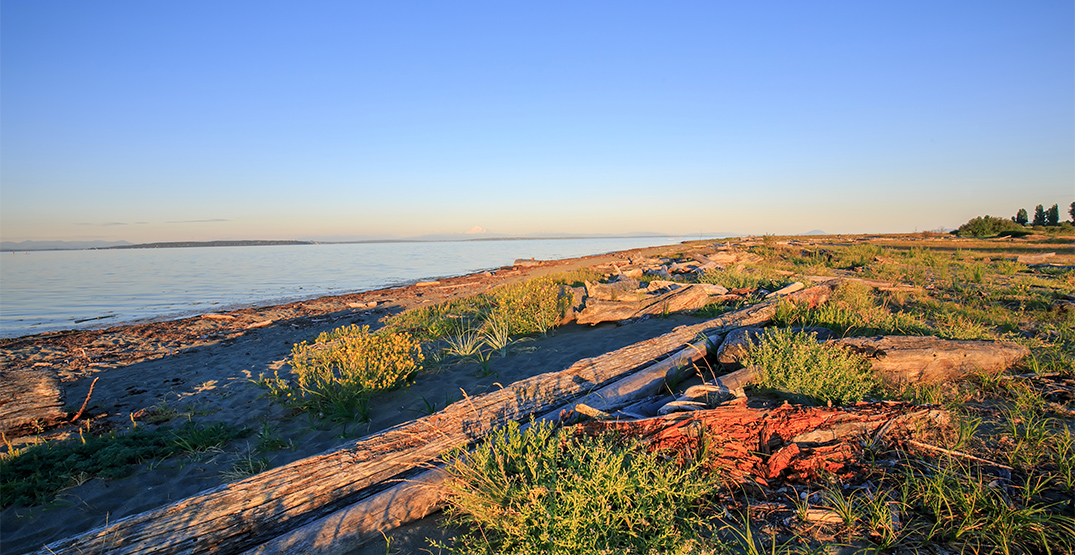 Boundary Bay in Delta, BC (JamesChen/Shutterstock)

A BC couple going on a walk together along a Delta beach unknowingly crossed into the US and back this month, and only realized they had done so when a local police officer stopped them.

Cris Leykauf with the Delta Police Department said the officer was in the Boundary Bay area dealing with something unrelated when he saw the couple walk across the border divide.

Naturally, since the area is a beach, the couple didn’t present themselves at a port of entry.

“Both parties were able to produce BC identification and stated they had gone for a romantic walk on the beach and did not realize they had crossed the border,” Leykauf said. “They stated they thought the border was further down the beach, and were apologetic.”

During low tide it’s possible to walk across the Canada/US border at Boundary Bay into Point Roberts, Leykauf added. There aren’t many signs in the area, so it’s conceivable that someone could cross without realizing it.

The land border between the US and Canada remains closed due to the COVID-19 pandemic, and in normal times people still are only allowed to cross at official ports of entry.