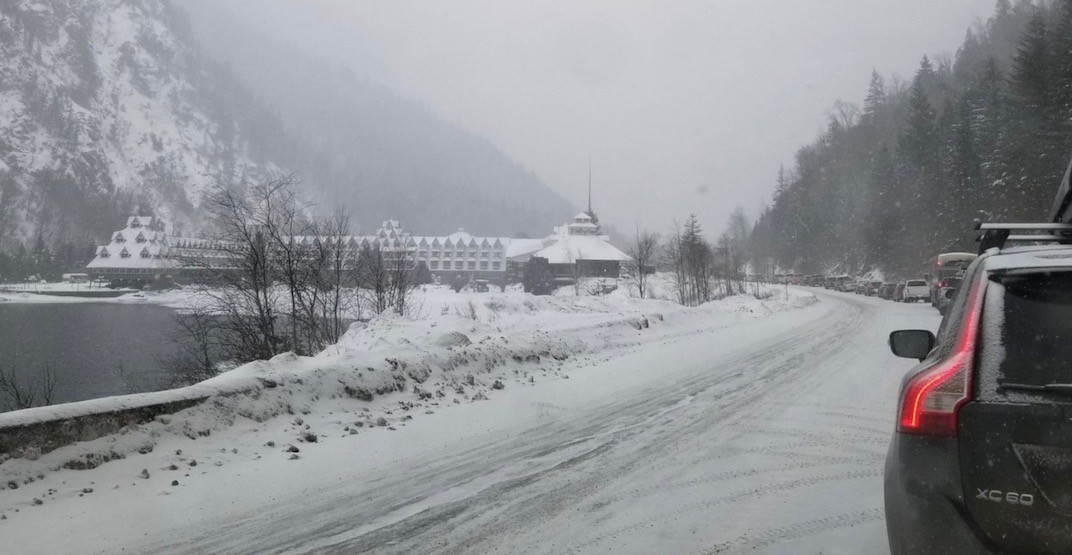 Six people are in the hospital after a crash on Highway 1 just west of Revelstoke.

The collision happened on December 27 just after 1 pm and it left two people in critical condition and Highway 1 temporarily closed.

BCEHS responded to an MVI West of #Revelstoke with three ground ambulances and one air ambulance – six patients were transported to the hospital, two in critical condition. We will provide more details if they become available.

Drive BC currently says Highway 1 was expected to re-open at 4:30 pm. The road was closed in both directions from Sicamous to Revelstoke and there is no detour available.

Looks like we’re just short of the front of the line at the accident scene #3valleygap #revelstoke @DriveBC pic.twitter.com/Byvq1tVoJN

Environment Canada has issued both a winter storm warning and a snowfall warning for the City of Vancouver today, December 27. This follows up on the Special Weather Statement issued yesterday.

Up to 15 cm of snow is expected over the next 24 hours, with Metro Vancouver forecast to receive 5 cm today, and another 10 cm set to continue over higher terrain tonight.

According to the Winter Storm warning, hazardous winter conditions are expected, including changing road conditions.

The snow is falling. ❄️ Please drive for the road conditions.
• Slow down,
• Leave extra space between vehicles to stop,
• Give yourself extra time to get to your destination.
Here’s the latest weather alert for Metro Vancouver. https://t.co/vlenZyHLj1 #VPD @icbc pic.twitter.com/HUqCR9JzOY