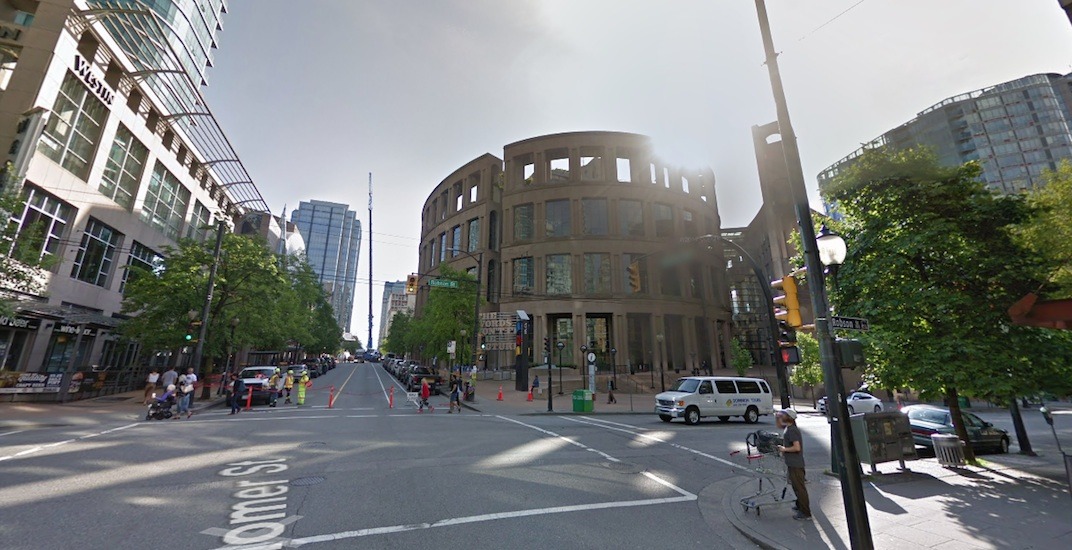 The intersection of Robson Street and Howe Street - the location of the Vancouver Public Library - in downtown Vancouver. (Google Maps Streetview)

One man was rushed to hospital after incurring serious injuries from a fight in downtown Vancouver this afternoon.

A release issued by Vancouver Police states the incident occurred near the Vancouver Public Library’s Central Branch – close to the intersection of Robson Street and Homer Street – just before 3:30 pm.

Officers received reports of a fight involving multiple people, and when they arrived they found a 36-year-old man suffering from stab wounds. He was taken to hospital with serious injuries.

Police have reason to believe this was a targeted attack. No arrests have been made at this time.

“Our officers arrived shortly after receiving the 9-1-1 calls, but the suspects had already fled,” said VPD Constable Jason Doucette in a statement.

“Unfortunately, the victim is not cooperating with our investigators. Based on the information collected so far, this is likely a targeted attack and we do not believe the general public are at risk.”

Anyone who may have witnessed the fight or has information about the incident is asked to reach out to the Vancouver Police at 604-717-3321 or Crime Stoppers’ anonymous hotline at 1-800-222-8477.