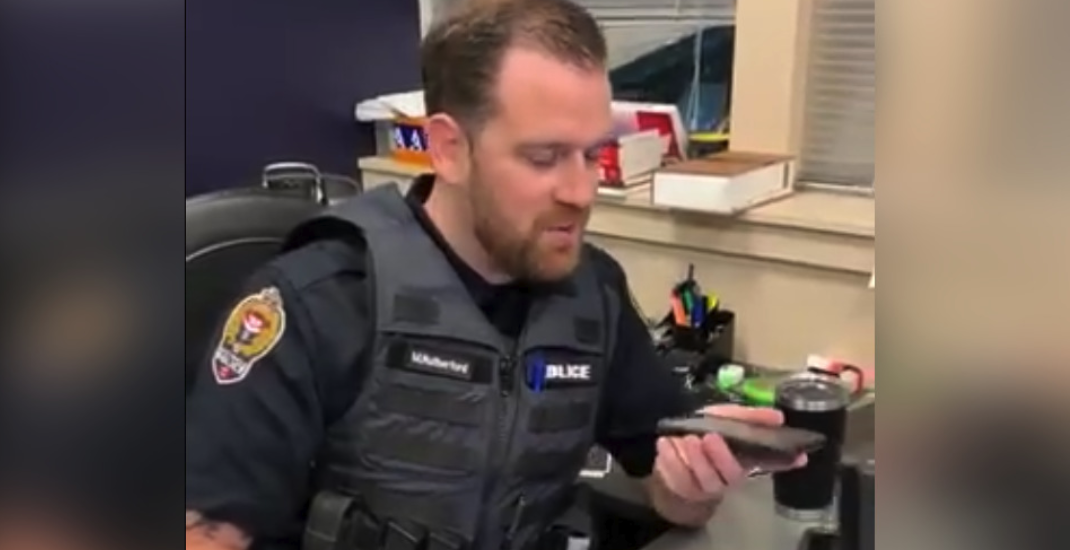 A Canada Revenue Agency (CRA) scammer was left speechless after a BC police officer handled the call with a no-nonsense approach.

On Friday, BC’s Victoria Police Department posted a video of Cst. Matt Rutherford taking a call from a fraudster who claimed he was calling from “Service Canada” and asked the officer how he can “help him.”

Watch as a #CRAScammer calls Cst. Rutherford… on his phone. Note that Cst. Rutherford doesn’t give his name, but politely asks questions to clearly determine it’s a fraud. Frustrated, the scammer hangs up. #yyj #fraud pic.twitter.com/UnSvjRmKOh

The scammer then asks for the officer’s name and Rutherford tells him, “You already have my name.”

The caller says that he needs Rutherford’s name for “confirmation.”

Rutherford presses him further. “And sorry, who are you with?” he asks.

The caller goes silent and then hangs up.

According to Delhi Police, at least one Canadian was “duped of $13,500 through this SIN scam.”

The age range of those arrested was between 18 and 38 years old.