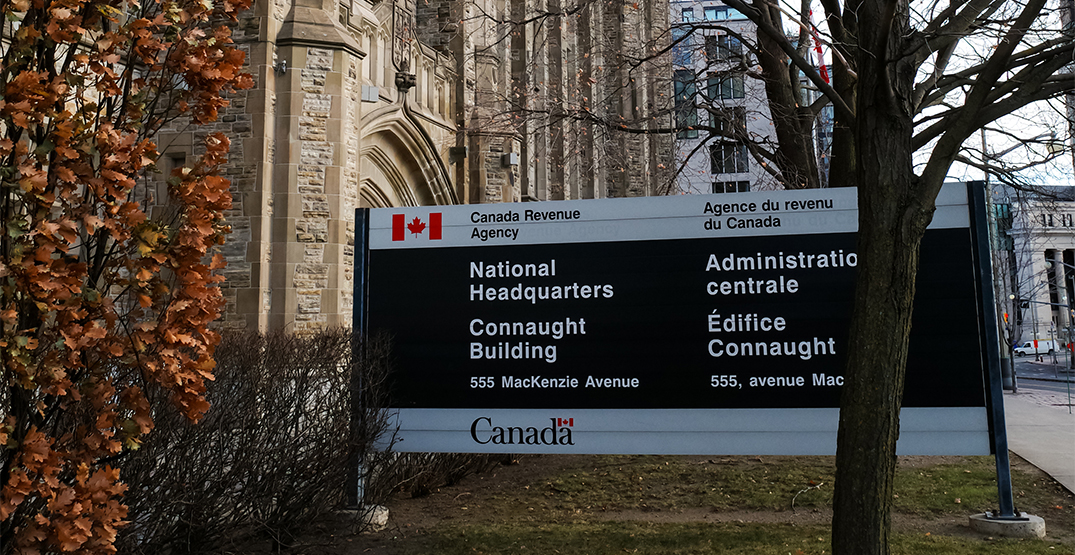 Update February 17, 2021: The CRA tells Daily Hive the mass email removals were not due to a security breach.

Many Canadians received alerts from the Canada Revenue Agency Tuesday saying their email address has been removed from their online account, prompting reactions of fear and frustration.

It’s led to confusion as people try to access their accounts and figure out why their email was removed. It’s been made worse because the CRA’s phone lines are tied up, and many Canadians looking for answers can’t get through.

“I hope they get their stuff together and let Canadians know what’s going on,” Vancouver resident Dan Larson told Daily Hive in a phone interview. “I’m just frustrated and worried because I don’t have any answers.”

He received an email from the CRA around 12:30 pm, and when he got home he realized he was locked out of his accounts. He tried three ways to access it — through his bank, through the CRA’s website, and through his provincial services card. But nothing worked.

“I’m not sure if it’s my identity that’s being stolen or CRA is being hacked. I can’t contact them, either. It seems their phone system is in some strange loop,” he said, adding he’s not sure whether he should contact his bank.

The CRA hasn’t addressed the issue publicly, although a spokesperson told Daily Hive they’re looking into it.

Many Canadians have received the same error message, and many are upset the country’s tax administrator hasn’t done more to communicate what’s going on.

I don’t know if I find comfort knowing that so many people are in this mess together, or disappointment that someone in communications is ignoring everyone’s concerns. Speaks volumes as to what privacy means for the CRA.

Please provide an update on why hundreds, if not thousands, of Canadians just received emails saying their email was removed from their account and now those same Canadians can’t log into their MyCRA accounts. I’ve been on hold an hour waiting to get an answer. no joy!

Was the CRA just hacked? I also received an email that my email address was removed, and I cannot log into My CRA now. I can’t even call because the phone line says queue full

While I am sure you’re getting a lot of flack (for lack of a better word) the lack of communication as to why such a massive amount of people are getting these emails is very concerning. Especially considering the previous data breach back in Aug.

This is the second time I’ve had my email removed and been locked out of my account. this comes after my information was hacked and two fraudulent cerb payments were made under my name. Please fix this.

Fix the ERR.021 account and tell us why we just got an email saying our email address was unregistered from our accounts please. We need information about CRB, our RRSP contributions, tax season, TFSA etc. We need access to our accounts.