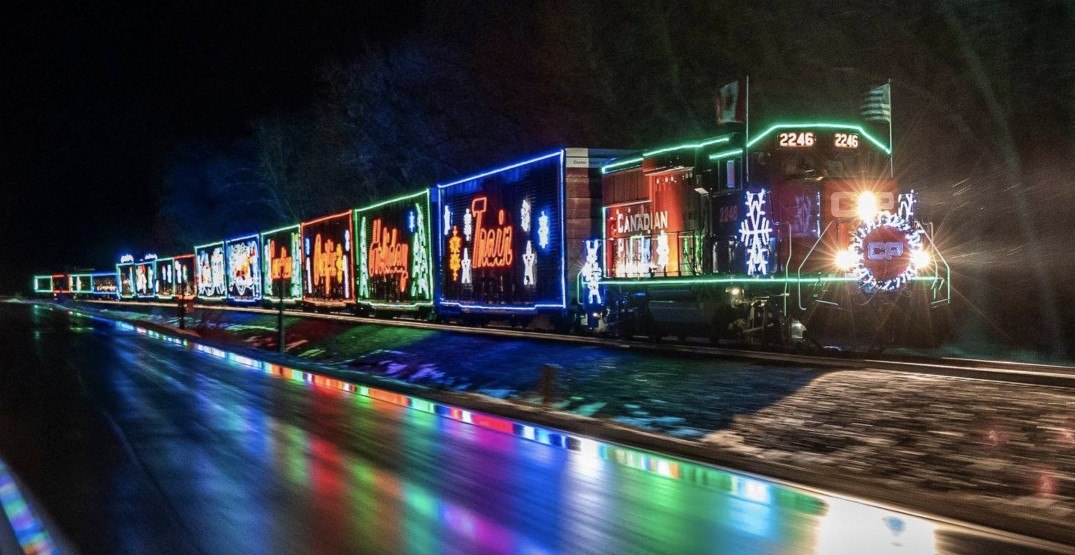 The 20th edition of the Canadian Pacific Holiday Train will travel across Canada this holiday season and will be making four stops near Vancouver this month.

This year, two trains will be travelling through the US and Canada to bring holiday cheer to 164 communities and collect donations for local food banks.

The Vancouver-area dates for this year’s train are:

“On behalf of the 13,000-strong family here at CP, it is my great pleasure to kick-off the 20th tour of the CP Holiday Train,” said Keith Creel, CP’s President and Chief Executive Officer.

“It is a privilege for CP to be able to run a program like this and connect with so many communities across our network. I want to personally thank each individual who has made a donation over the past 20 years – your collective efforts have made the Holiday Train a huge success for two decades.”

The Canadian Train will depart from Montreal on November 27 and Kelly Prescott will join three-time Juno award-winner Terri Clark and Sierra Noble to spread holiday cheer through Ontario, Manitoba, Saskatchewan, and Calgary.

The Sam Roberts Band will then carry on through Alberta and British Columbia to the final show of the 2018 CP Holiday Train tour in Port Coquitlam.