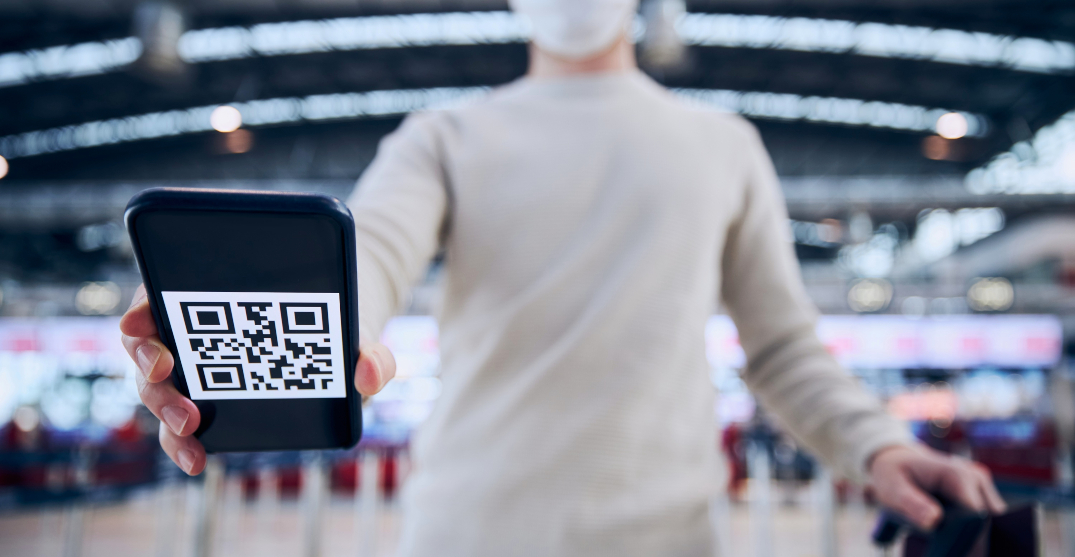 If the last two years taught us anything, it’s that BIPOC communities seem to always get the shorter end of the stick. From police brutality to COVID-19 affecting Black Canadians disproportionately, the last 24 months have been telling.

Early 2021 saw many communities receiving pop-up clinics for vaccines, and additional COVID-19 related health support. Unfortunately, a report by independent research group ICES found that BIPOC communities that had the highest rates of infection received the least number of vaccines.

Fast-forward to the present day – vaccines have been widely distributed, many industries have reopened with continued mask and social distancing mandates, and COVID-19 case numbers are still climbing.

Usher in the vaccine passports. I remember a year ago when I told friends and family that the next thing the government would be implementing would be vaccine passports. A digital record of your vaccine status and personal health records that would dictate your ability to move freely. Most balked at the suggestion and told me I was going down a rabbit hole of conspiracy theories.

This August, New York City became the first major US city requiring proof of COVID-19 vaccination at gyms, restaurants, and other places of business. The announcement was made by New York City Mayor Bill de Blasio. In Canada, Quebec made a similar declaration on Thursday. The province announced it was moving forward with a vaccine passport that would allow the vaccinated to visit various businesses. Additionally, liberal Prime Minister Justin Trudeau stated vaccine passports for international travel were “active and ongoing.”

Whether you support the COVID-19 vaccine or not, bullying Canadians into sharing and disclosing private health records to mere strangers should concern you. Many have argued this would be a violation of our human rights. I understand sharing medical information with medical professionals, at international borders, but to an unqualified server at a bar or restaurant? Even a prominent Greater Toronto Area restaurateur has stated he would only support vaccine passports at his restaurants if the vaccines were distributed equitably.

A recent Angus Reid report has shown that up to 76% of Canadians agree with using vaccine passports for international travel. That number drops significantly to 55% when asked if they should be used for restaurants and gyms. I cannot think of a single time in history when a group of people demanding to see private health records, restricting the movement of specific groups, and suggesting segregation between different sectors of the population were considered good.

There are many individuals who may be cautioned not to take the COVID-19 vaccine on the advice of health professionals due to extreme allergies, unique health complications, and other related reasons. Should these individuals be treated like second-class citizens? That is not the Canada that I know.

I respect everyone’s right to choose medical treatments independently. If you want a vaccine, go for it. If you don’t, that’s fine too. What I don’t respect is segregating segments of the population based on vaccination status. It is a slippery slope to go down.

In Ontario, Premier Doug Ford stated he was against vaccine passports. “The answer is no, we’re not going to do it,” he told reporters on July 15. “We’re not going to have a split society.” I hope the Premier can stick to his guns. On the other hand, Toronto Mayor John Tory not only supports vaccine passports but has been captured on video walking around Toronto asking citizens their personal and private vaccination status.

My biggest concern is Black, Indigenous, and people of colour, who may face undue oppression from dark corners of society, will find the use of vaccine passports as a means of discrimination. We already know that BIPOC communities are less likely to be vaccinated for a multitude of reasons. Creating a two-tier society that could further oppress these groups is unacceptable.

The Canadian Civil Liberties Association has stated they feel “a vaccine passport system risks giving rise to discrimination and serious privacy breaches, and may also be a way of coercing individuals into being vaccinated when this should be a personal choice.”

Ontario Liberal Party leader Steven Del Duca has stated he wants to see vaccine passports in effect across Ontario immediately. Del Duca told press members that vaccine passports were needed to “prevent a fourth wave.” Although, some have asked why vaccinated individuals still need to wear masks, and are still becoming COVID-19 positive?