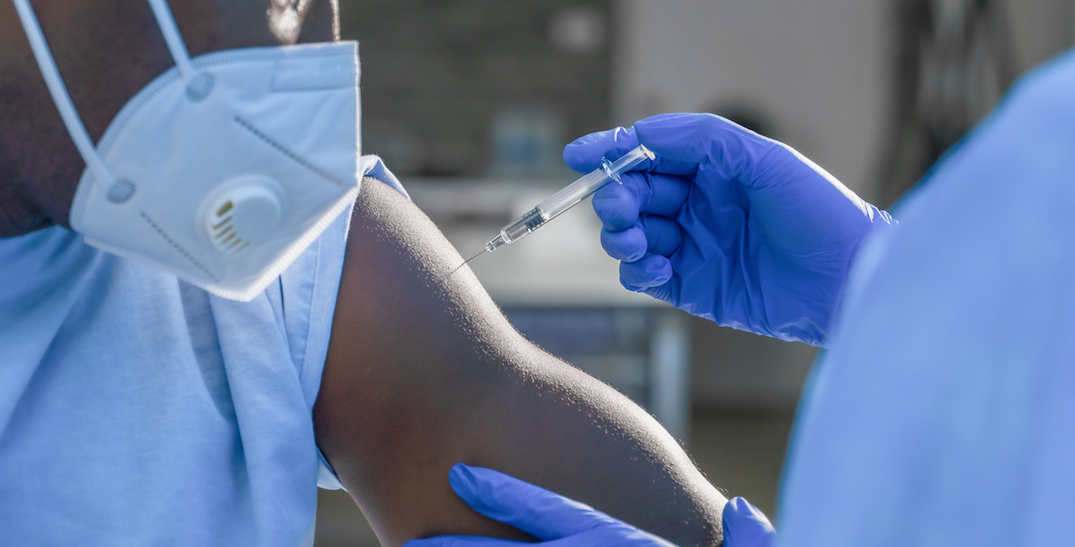 The majority of Canadians may have to wait well into 2022 to be fully immunized against COVID-19.

In its latest report, the UK-based Economist Intelligence Unit (EIU) said that while rollout of the vaccine has started in developed countries, mass immunization will still take time.

Countries at the front of the queue — including the UK, the US, and most countries in the EU — are expected to have immunized their priority groups by the end of March, with other wealthy countries catching up by the end of this June, according to the EIU’s forecast.

“We therefore expect that global economic prospects will brighten from mid-2021,” the report states. “However, life will not be back to normal by then, as immunization programmes for the bulk of the population will continue until mid-2022.”

For countries like Canada, this means that widespread vaccination (defined as 60% to 70% of the adult population) can be expected by the middle of next year. 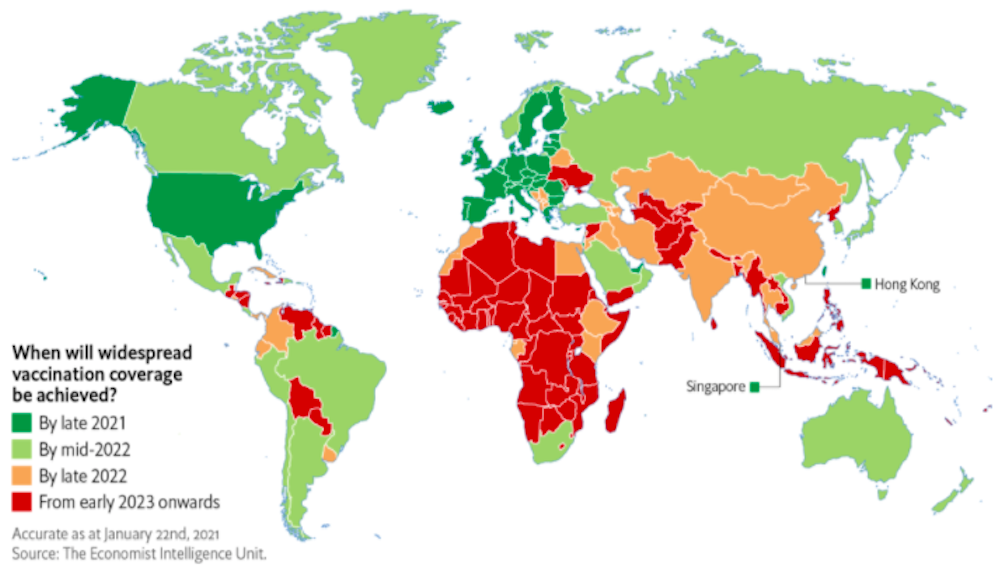 The report notes that production represents the main hurdle, as many developed countries have pre-ordered more doses than they need, and vaccine diplomacy will play a role in determining which countries get access to a vaccine in the coming months.

For most middle-income countries, the vaccination timeline will stretch to late 2022, and in poorer countries, widespread vaccination coverage will not be achieved before 2023, “if at all,” it adds.

In creating its forecast, the EIU said a variety of criteria was taken into account, including supply deals, production constraints, vaccine hesitancy, the size of the population, and the availability of healthcare workers. The data are also adjusted by analysts “to reflect specific conditions” on the ground.

Health Canada said this week it is is currently reviewing a request from Pfizer that would allow an additional dose of their COVID-19 vaccine to be extracted from each vial.

Currently, each vial of Pfizer’s COVID-19 vaccine provides five doses, but the company is asking that Health Canada change the label to allow for six doses per vial.

If that change is approved, there would be fewer individual vials sent to Canada, although the number of vaccine doses would stay the same.

Major-General Dany Fortin, the vice president of logistics and operations at the Public Health Agency of Canada, said that Pfizer has counted on Health Canada approving the six dose per vial change in their planning.

The country, though, is not taking any potential approvals into account, and has based their planning on each vial providing five doses of the vaccine.

As a result, several provinces have said that Canada will only be receiving 3.5 million doses of Pfizer’s COVID-19 vaccine by the end of March, rather than the four million the federal government has noted in the same time frame.

Fortin stated that, regardless of Health Canada’s approval, the company is contractually obligated to provide four million COVID-19 vaccine doses in the first quarter of 2021.

Pfizer’s vaccine shipments have been delayed in recent weeks as the company works to expand its European manufacturing facility.