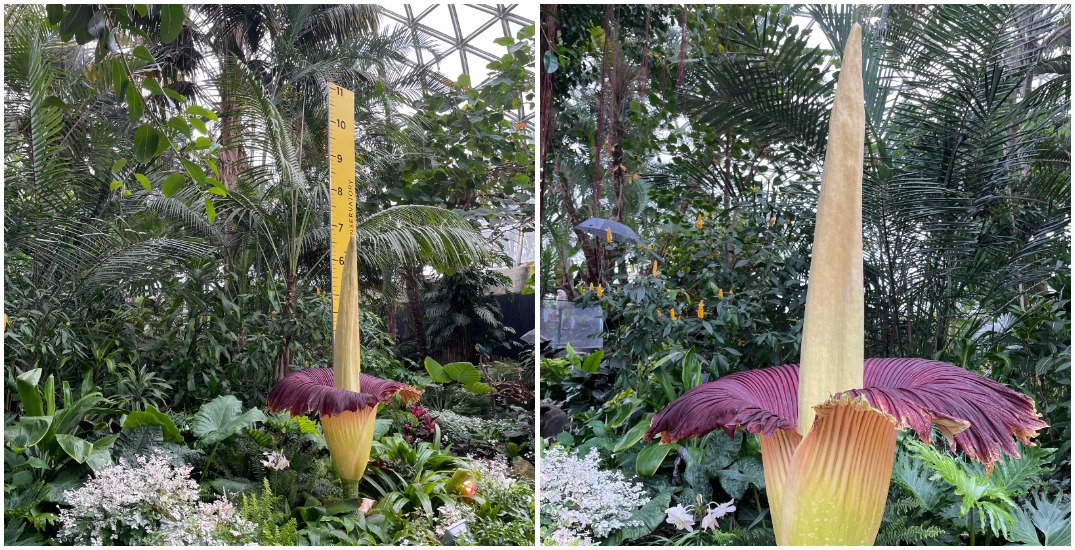 As the parent of two young children and guardian to two small dogs, I am no stranger to things that smell bad.

But getting a whiff of the extremely rare Amorphophallus titanum — aka the giant corpse flower — in real life is taking things to a whole new level.

One of the largest and most unpredictable flowers on the planet, “Uncle Fester,” bloomed Wednesday at Vancouver’s Bloedel Conservatory but will only be in bloom for the next 24 to 48 hours. After that brief window, the spathe will close, and the plant will collapse into dormancy once again. 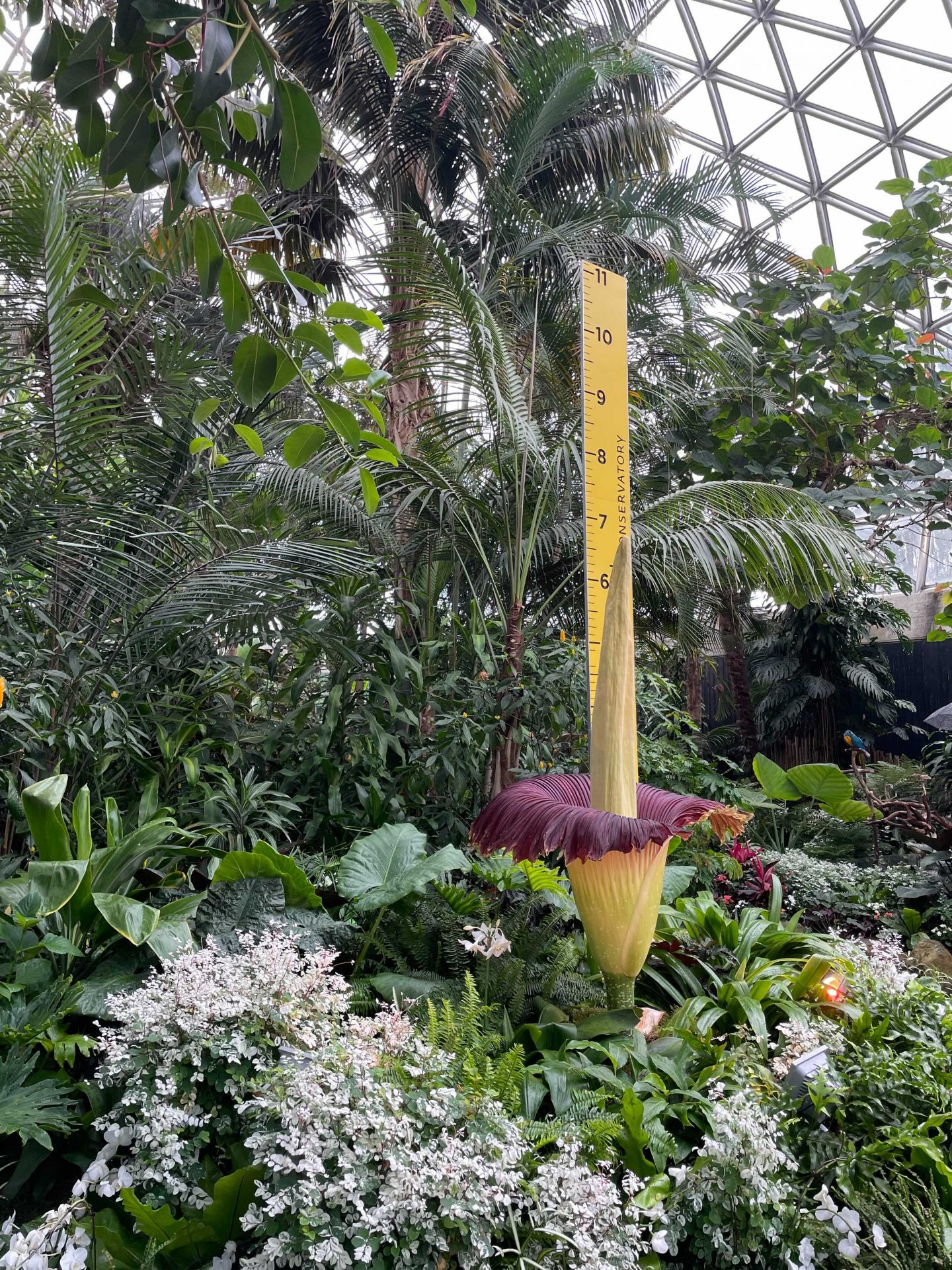 Uncle Fester the corpse flower at the Bloedel Conservatory/Darcy Matheson

At the ripe age of 12, Uncle Fester has left its mark — and very distinct aroma — on the Vancouver tourist attraction. Its infamous scent is akin to rotting flesh but has also been compared to dirty diapers or rotten meat.

To me, the exact aroma was hard to pin down, but standing downwind, you are reminded of a mixture of garbage languishing on a hot day or something that has gone very bad in the fridge.

The horrible scent is by biological design: The scent emitting from the open spathe is intended to attract pollinator insects like flesh flies and carrion beetles that feed on dead animals.

This is a rare event in the floral world. The last time the plant bloomed was in 2018, and it could take up to another decade for it to happen again. Some years, the tropical plant will only produce a single leaf, reaching up to 15 feet tall.

The corpse flower has bloomed at the Bloedel Conservatory in Vancouver and I can confirm that Uncle Fester really, really, like really, stinks. @DailyHiveVan @ParkBoard pic.twitter.com/Jo5NZ7A3Dy

Innessa Roosen, Acting Conservatory Lead, told Daily Hive that sometimes the bloom could develop as a leaf or like a flower. When the conservatory received Uncle Fester and potted him, he came up as a rather large leaf — around 9 or 10 feet tall.

After 12 to 14 months, the leaf went dormant and came back as a flower. The process took around 7 months of dormancy before it bloomed.

The species of flower is endangered and only grows in the equatorial tropical rainforests on the island of Sumatra in Indonesia.  It is legally protected in its home country and classified as Endangered on the International Union for the Conservation of Nature (IUCN) Red List.

Fewer than 1,000 plants of its kind remain in the wild. 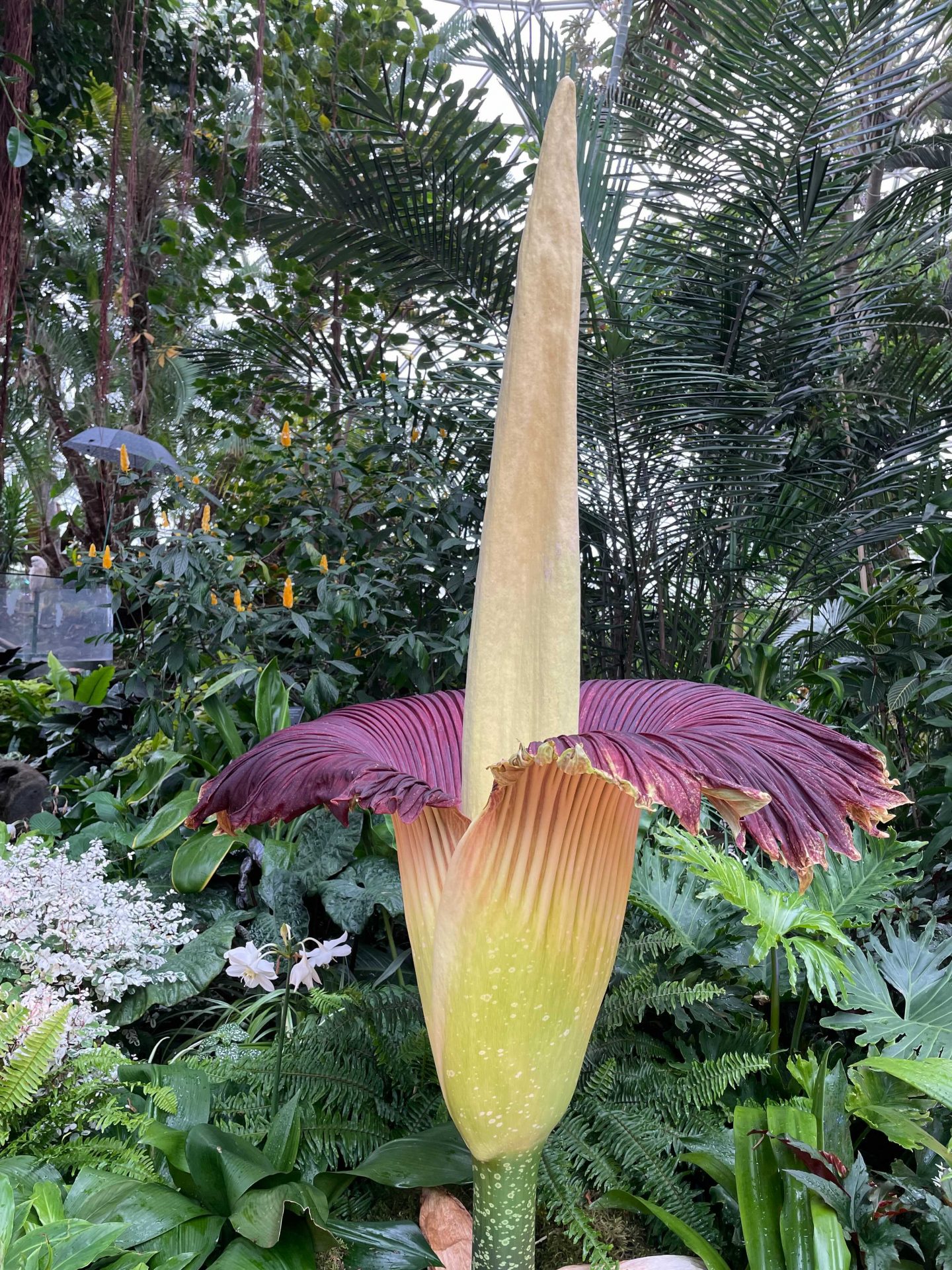 Uncle Fester the corpse flower at the Bloedel Conservatory/Darcy Matheson

Uncle Fester was only brought to the conservatory on August 4, after growing offsite in one of its greenhouses for the last few years.

The public is invited to visit Bloedel Conservatory at Queen Elizabeth Park to see Uncle Fester in the flesh for the next 48 hours. However, tickets online are already sold out.  Flower lovers can also go to BloedelConservatory.ca to see a livestream of Uncle Fester.

And here’s a time-lapse video of the 2018 blooming of Uncle Fester if you’re interested in learning more about the whole growth process.