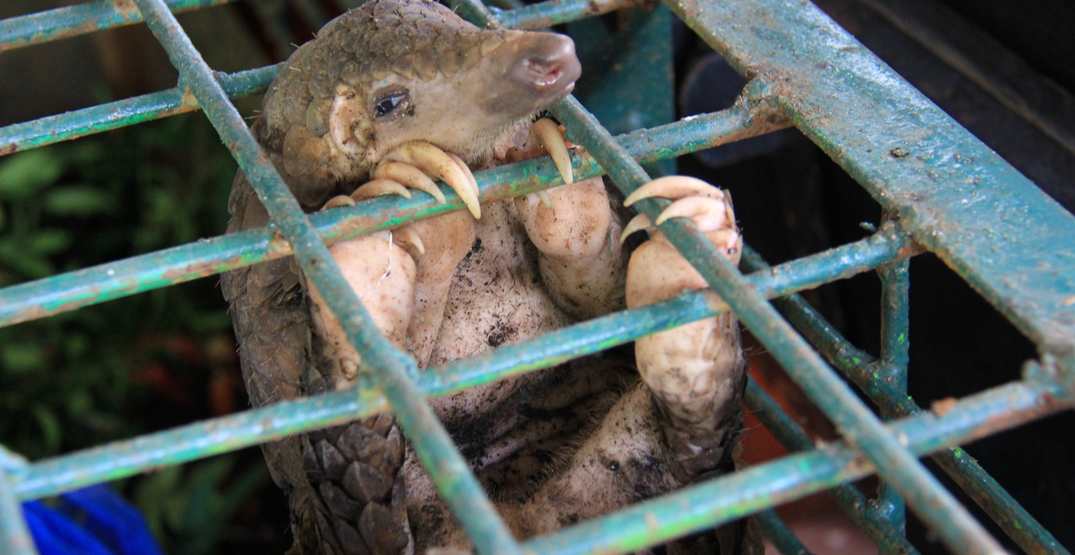 While the world is understandably preoccupied with the disastrous consequences of COVID-19, the global wildlife trade – the likely cause of the pandemic – is getting less attention. Scientists have raised concerns about the issue for years, but they were ignored. It’s an inescapable fact: we were warned.

Back in 2004, the Vancouver Humane Society (VHS) published a report titled A Disaster Ignored? The report, a review of scientific studies concerning the risks of disease from the wildlife trade, concluded: “There is a strong consensus of scientific opinion that the international movement of animals through the global trade in wild and exotic species poses a significant threat of spreading infectious disease to humans and other animals, both domestic and wild.”

Sixteen years later that scientific consensus is even stronger. It is estimated that at least 70% of emerging infectious diseases originate in wildlife. Yet, as COVID-19 has tragically proven, the opportunities to prevent a disaster have indeed been ignored.

While the precise source of COVID-19 has yet to be established, scientists who study zoonotic diseases (diseases that can be transmitted from animals to humans) believe it originated from wildlife sold at a wet market in Wuhan, where the pandemic began.

Unregulated wet markets, where wild and domestic animals are slaughtered and sold on the spot in unsanitary conditions, are common in Asia and much of the developing world. They are supplied by the global wildlife trade (both legal and illegal), which also involves the sale of exotic pets and animal parts for use in so-called traditional medicines or in-fashion items (skins, ivory).

Scientists, conservationists and animal welfare groups have long called for the wildlife trade to be banned or at least restricted and for stronger enforcement of legislation against the trade. Their reasons are clear: the trade spreads zoonotic disease, drives species toward extinction, and is extremely cruel.

VHS, which has long campaigned against the sale and keeping of exotic pets, recently launched a petition calling on the BC government to strengthen regulation of the trade and ownership of wild animals in the province. The petition urges the government to review its regulations to ensure species that could pose a risk of spreading zoonotic disease be prohibited. VHS has also joined with more than 200 conservation and animal welfare organizations in signing an open letter to the World Health Organization, urging action against the wildlife trade.

Action to curtail the wildlife trade is needed at every level – globally, locally, and nationally. There have been calls for Canada to do more on the issue, including a suggestion by former federal minister James Moore that “Canada should table a resolution at the UN General Assembly calling for the immediate closure of the deadly and irresponsible wild animal and wet markets in China; enforced by international inspections and economic sanctions for non-compliance.”

The federal government can take this critical opportunity to work with the international community to curtail the wildlife trade, devote more enforcement resources to stopping the illegal import of wildlife into Canada, and develop a coordinated plan among relevant federal agencies and the provinces to eliminate or restrict the sale and ownership of exotic and wild animals. The Vancouver Humane Society is working alongside World Animal Protection Canada and other groups to press the government to do just that.

The scientific evidence is clear: unless we end the wildlife trade, we will see species disappear, millions of animals will suffer, and there will be more pandemics in the future. These are all disasters we cannot afford to ignore.