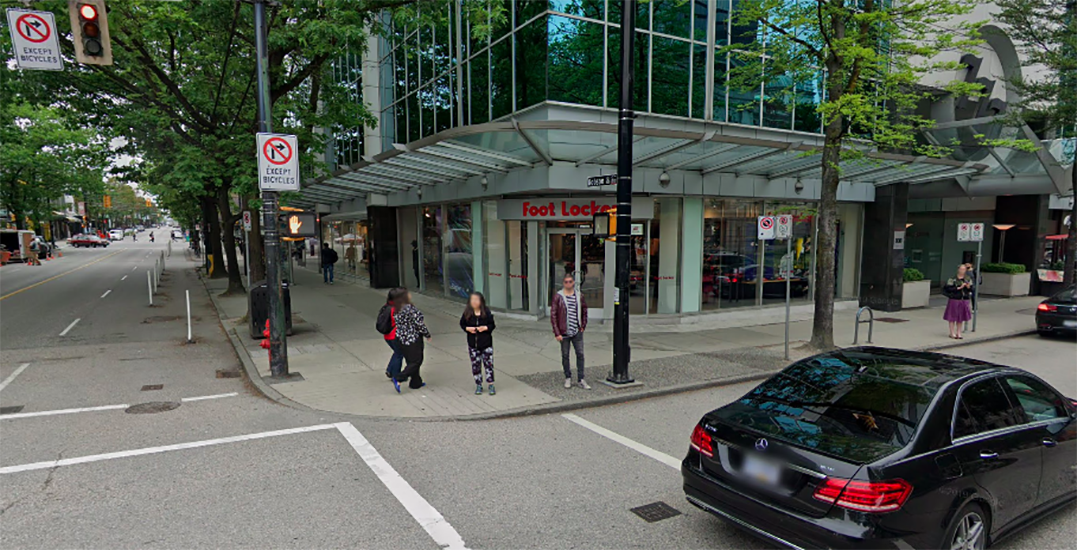 Health officials have identified another location where there may have been potential exposure to COVID-19.

Vancouver Coastal Health (VCH) has added Foot Locker on 919 Robson Street to its ongoing list of public exposures. Possible exposure at the footwear and apparel retailer occurred over a two-day span on August 4 and 5.

“The possible exposures listed on the site are believed to be low risk, but we’re asking anyone who was at Foot Locker on those days to self-monitor themselves for symptoms,” says VCH.

The health authority says it has expanded several public exposures that were previously announced.

Anyone who was at the PumpJack Pub on 1167 Davie Street is also being asked to self-monitor for symptoms. The window of exposure occurred between July 31 and August 2 during the evening and late night.

VCH has also expanded its warning regarding a Yaletown restaurant and its upstairs lounge.

West Oak Restaurant, located at 1035 Mainland Street, was the first location named, and the health authority says people who visited between July 31 to August 5 or on August 7 should monitor themselves for symptoms.

VCH also identified Pierre’s Champagne Lounge at 1028 Hamilton Street as another site where the virus could have been transmitted. Again, the risk of exposure was during the evening and late-night hours from July 31 to August 7, excluding August 6.