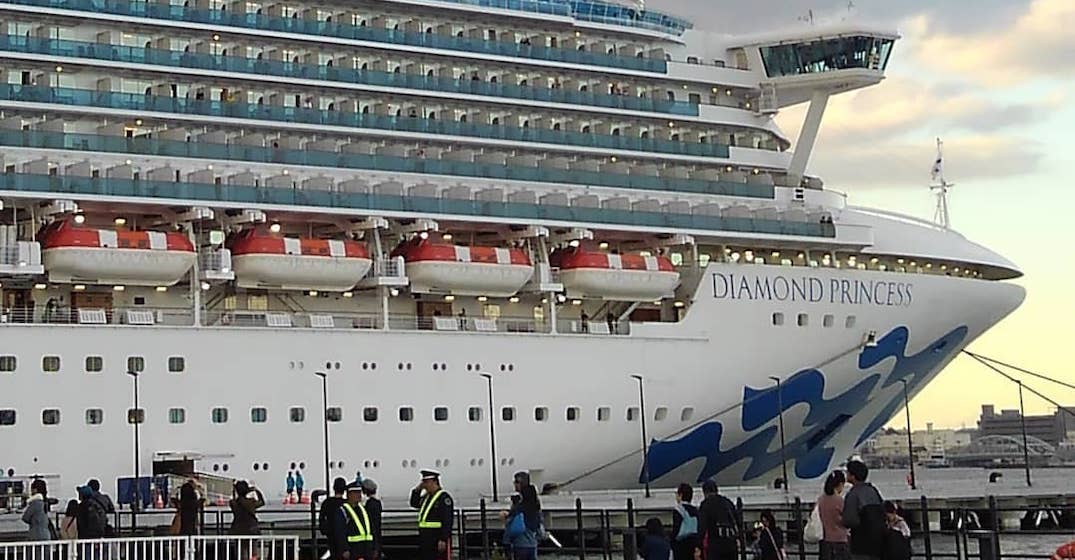 Update February 15 at 7:30 pm Pacific Time: The Government of Canada announced it has chartered a flight to bring home the Canadians aboard the quarantined ship. Read the updated story here.

Canada is deploying three public health officials to help Canadians in Japan who are in hospital or quarantined aboard the Diamond Princess cruise ship as it deals with an outbreak of COVID-19, health officials said Saturday.

Earlier Saturday morning, the US announced it would evacuate its citizens aboard the ship. But Chief Public Health Officer Dr. Theresa Tam said Canada is not looking to do the same.

She added Canadians on board are “urged to consult ship personnel and medical authorities on board.”

The cruise ship has been docked in Yokoyama, Japan, while it deals with the outbreak. So far, 218 people aboard the ship have tested positive for the novel coronavirus, according to the World Health Organization.

On February 12, the ship’s owner Princess Cruises announced Japanese health officials are allowing passengers to disembark voluntarily to complete their quarantine on land. The most medically vulnerable passengers will be allowed to disembark first.

The novel coronavirus, named COVID-19 by the WHO, emerged in late 2019 in Wuhan, China. It’s believed the virus jumped from an animal host to a human in a chance encounter at a market in the city.

So far, the novel coronavirus has infected more than 49,000 people and killed more than 1,300, mostly in China, according to the WHO.