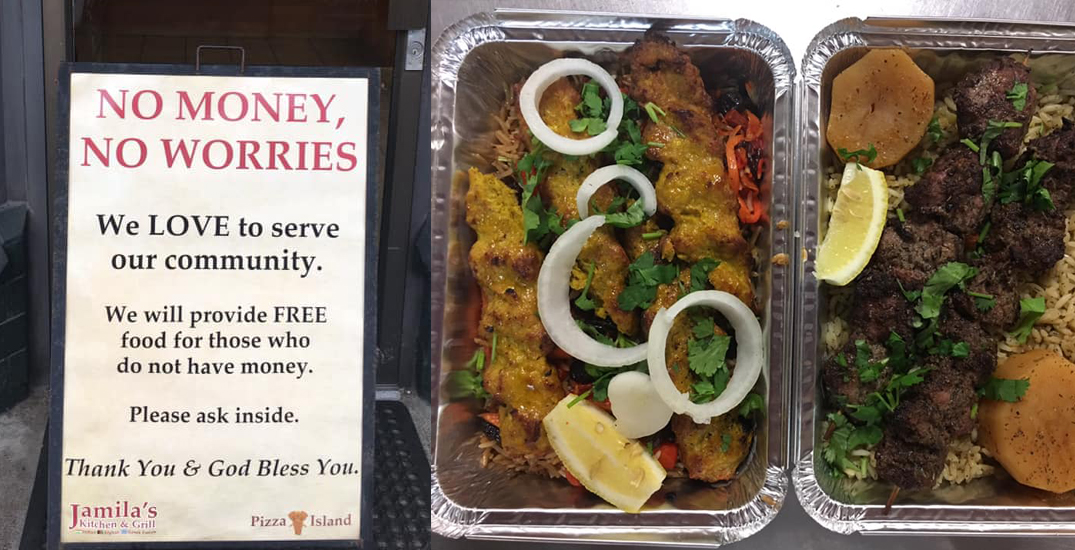 A family-run restaurant in Coquitlam is warming hearts and stomachs with its offer to serve a free hot meal to those who can’t afford to pay for one.

For the third year in a row, Jamila’s Kitchen and Grill has a sign outside its door that says “no money, no problem.” They’ll serve you a meal regardless of whether you have money for it.

“It’s our basic, essential duty as a human being,” owner Malik Malikzada told Daily Hive in a phone interview. “Helping people — this is something that we believe in strongly.”

Malikzada’s family came to Canada as refugees themselves back in 2000. They’ve been running the restaurant since 2017, where they serve a mix of Afghan, Indian, and Greek food.

When people come in and request a free meal, Malikzada says staff try to serve it as quickly as possible, because “we don’t know how long they have had an empty stomach.”

On the restaurant’s Facebook page, the family wrote they’d like to see other businesses step forward in their own way to help people in the community.

Some have asked whether they can donate to help subsidize the free meals, but Malikzada directs them to donate to a charity or non-profit instead.

“That’s the beauty of Canadian culture,” Malikzada said. “We all in the human race are the same, and we need help from each other.”