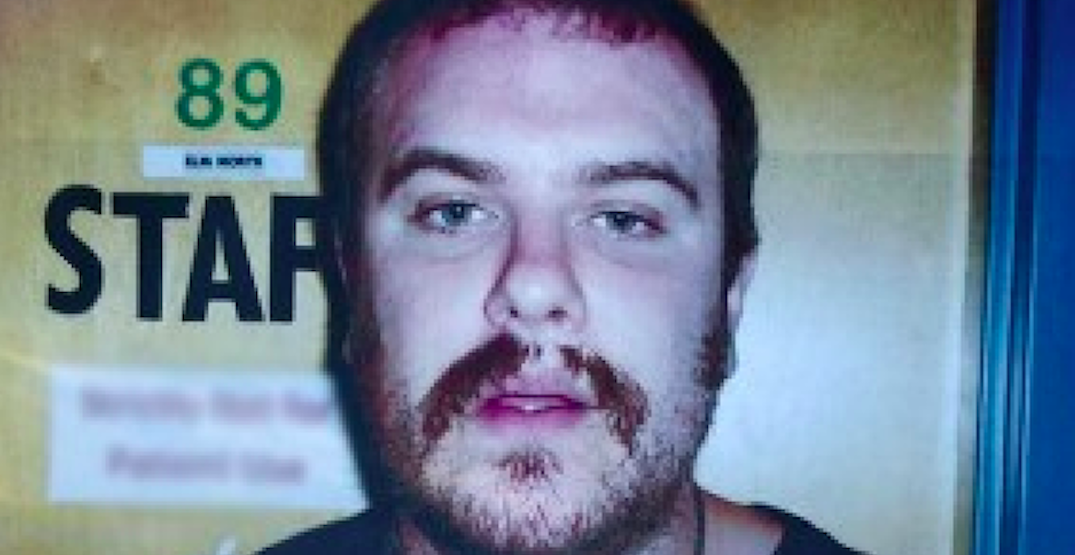 Coquitlam RCMP are asking for the public’s help in finding 36-year-old Landon Hayes Kibbe, a patient at the Forensic Psychiatric Hospital, who they describe as being “unlawfully at large.”

According to police, Kibbe was reported overdue on a day pass from the 70 Colony Farm Road facility, on August 18.

Police describe Kibbe as a 6’2″, Caucasian, with short brown hair, a brown mustache and grey eyes.

Police said Kibbe “may behave in a way that presents a risk to himself or the public,” and as such police are asking anyone who sees him to not approach him, but rather call 911.