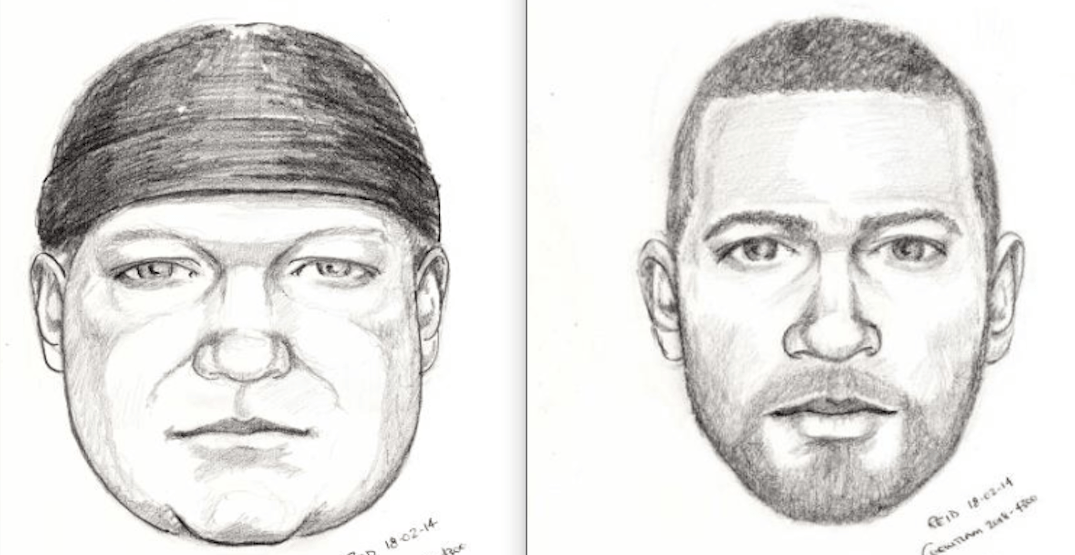 Two of the Coquitlam suspects (RCMP)

Coquitlam RCMP are hoping the release of two suspect sketches will help further their investigation of an incident that happened last year.

A family of three was home at the time and two of them received minor injuries.

Now, police have released composite sketches of two out of the three suspects.

The first suspect is described as a 20-to-30 year-old South Asian man of medium build, with a short, “well-defined” beard, brown, short dark hair, and “dark” eyes. He was wearing a track suit with red and white features and a high-visibility vest at the time of the incident. 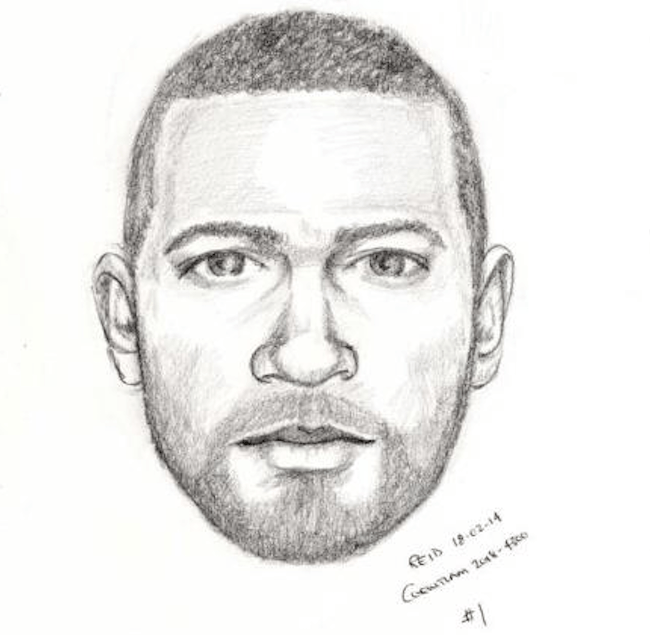 The second suspect is described as a Caucasian man who “may be European,” between 40 and 50 years-old, with a “shorter-than-average build,” but “large, stocky, and muscular.” He has light blue or green eyes with brown hair and was wearing a toque and a high-visibility orange jacket. 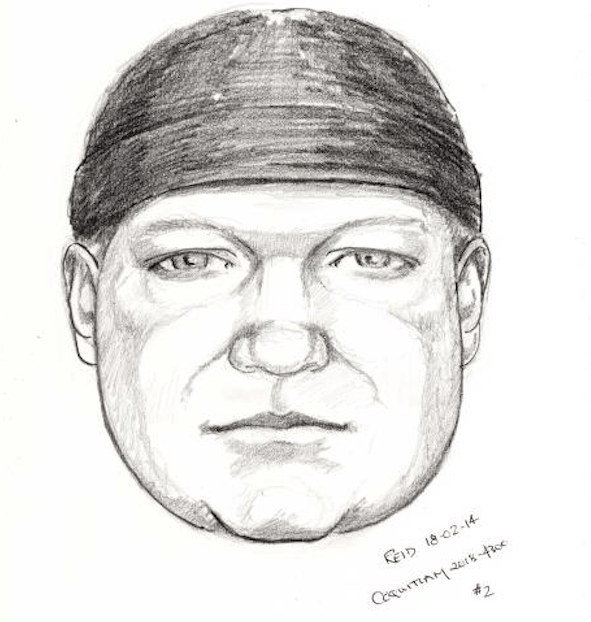 There is no sketch of the third suspect, but police describe him as a “tall male of uncertain age, skinny or slim,” and dressed completely in black from head to toe.

Police said the victims in this case are not known to authorities, and “there is no evidence to indicate that this crime is part of a wider conflict.”