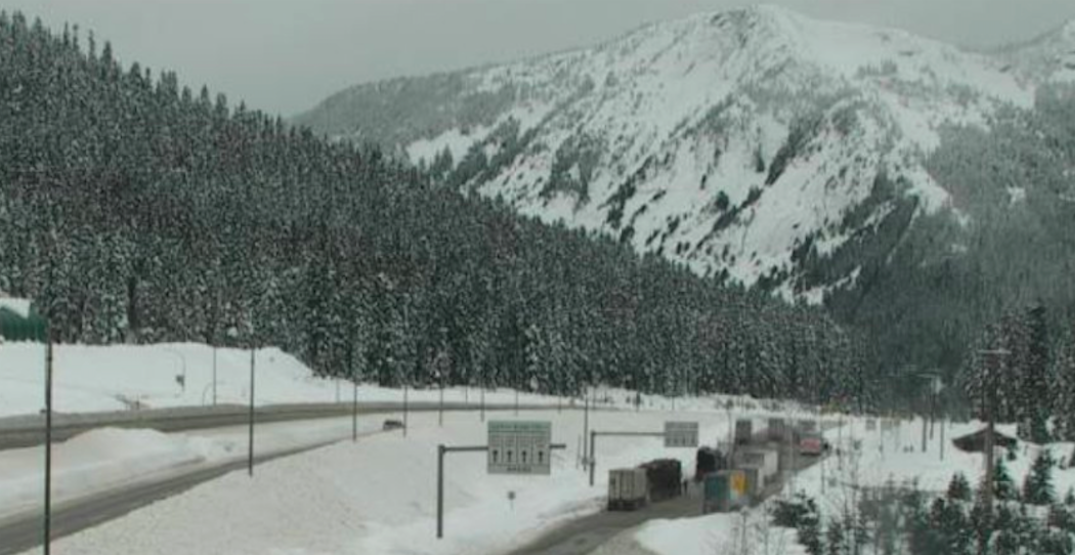 While the winter storm that walloped much of BC’s southern interior over the last few days has abated somewhat, drivers are being advised that they’re not out of the woods just yet – particularly on the Coquihalla Highway.

In fact, those who were planning to use the major connector between Hope and Merritt today are being told to find a different route, as the highway will be completely closed in both directions for hours, due to avalanche control.

The closure is scheduled to begin at 11 am and last until 3 pm.

Travellers on multiple major highway routes in the province had to deal with  hazardous driving conditions on Tuesday, as a winter storm warning remained in effect.

The warning applied to several key routes routes, including the Coquihalla, as well as the Sea to Sky Highway, where 30 cms of snow was forecast to fall.