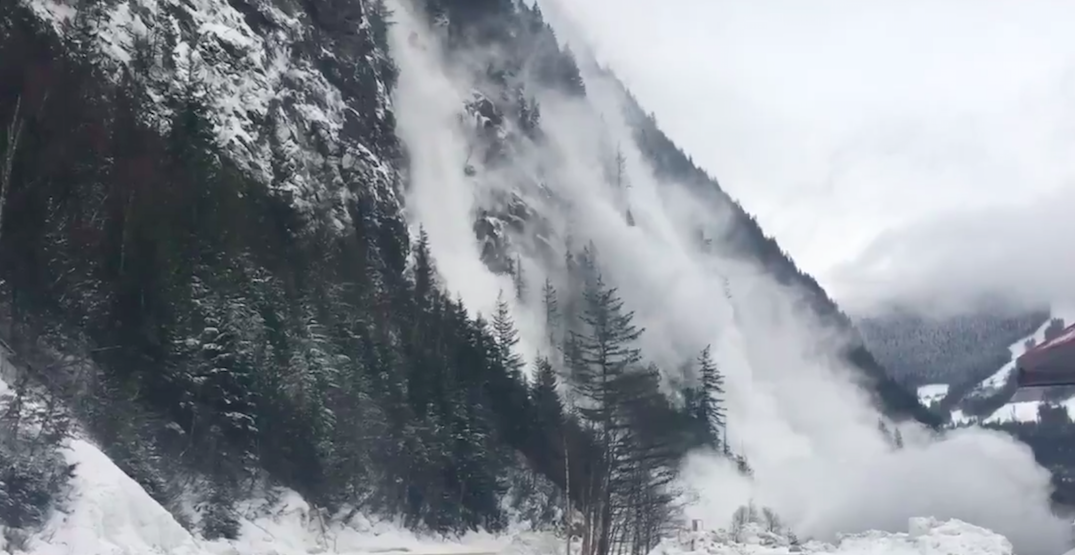 By now, it’s no secret that much of BC is in the thick of a winter storm system.

On the south coast, numerous rain warnings have been issued over the past few days, while snow warnings and highway closures continue to dominate much of BC’s southern interior.

According to Environment Canada, these conditions are expected to persist for several key driving routes, including the Sea to Sky Highway and the Coquihalla Highway.

Drive BC has also issued a number of travel advisories for Highway 1, Highway 3, and Highway 5. Several closures are also expected throughout the day as avalanche control work takes place.

And at one of these closures, highway crews captured footage of that avalanche control work in action.

The footage was captured from a control site west of Revelstoke, at Three Valley Gap, and shows an avalanche being set off, as well as the resulting slide.

Wait for it… wait for it…
And that’s how #avalanche control is done folks! Thanks to our avy crew working hard to keep our roads safe during #snowmageddon. #Revelstoke #ThreeValleyGap #BCHwy1 pic.twitter.com/MMP9UjcWLh

With all the snow on the roads, and avalanche control work, as a result, drivers are being asked to postpone non-essential travel until conditions improve.

Up-to-date road conditions, as well as highway webcams, can be found on the Drive BC website.