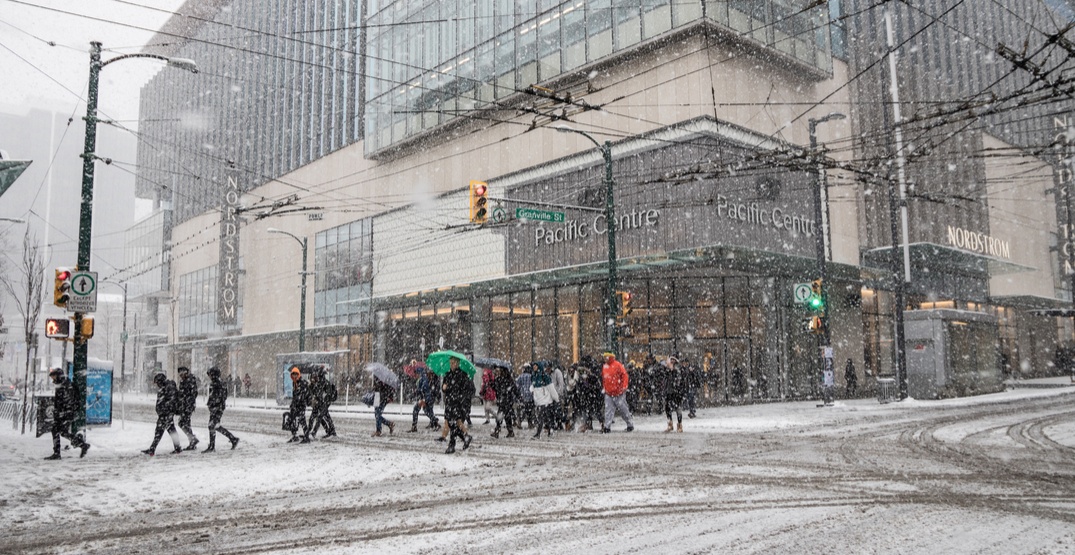 It looks like Metro Vancouver will see its first widespread snowfall of the season — at least, according to Environment Canada, that is.

The weather agency issued a Special Weather Statement on Wednesday morning in effect for the following areas:

The statement says that a shift into cooler weather is expected throughout the region.

There may be a chance of light flurries mixed with rain on Wednesday evening, but Environment Canada says that Thursday night is “the first real opportunity for widespread low elevation snow.”

Keep in mind that while local ski hills and parts of the interior have had plenty of snowfall, most of Metro Vancouver’s snow has been limited to its highest elevations.

The incoming flurries are the result of a low tracking system that is expected to spread moisture across the south coast of British Columbia. Environment Canada writes that while snowfall amounts will likely vary across the region, the Fraser Valley, Vancouver Island, and higher elevations of Metro Vancouver are expected to exceed 5 cm of snowfall on Thursday night.

The snow won’t likely stay for long and is expected to return to rain on Friday morning.

The weather agency says, however, that with below-average temperatures over the following week, the chance of more snow will remain.