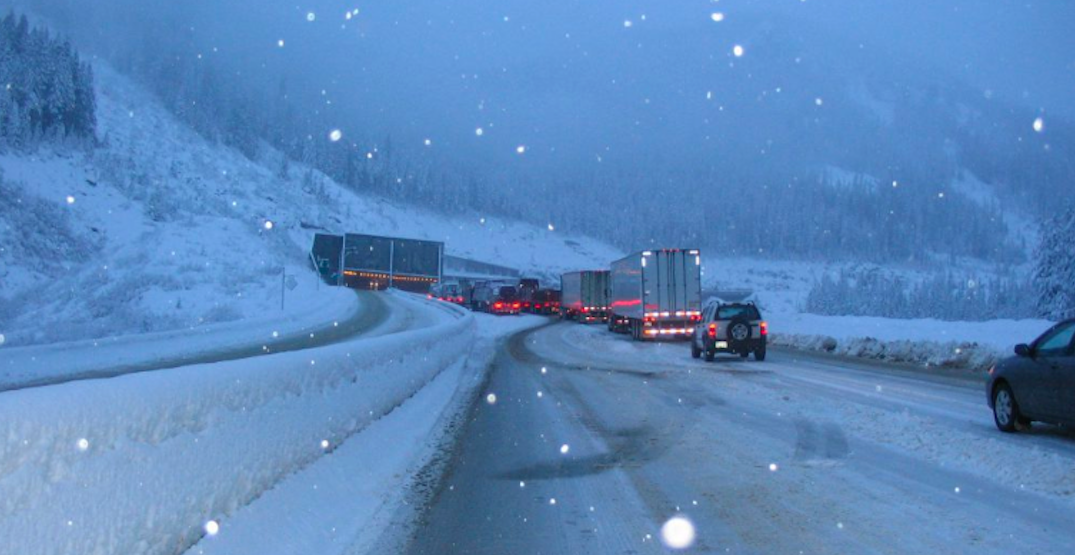 Noting that the Coquihalla Highway is “one of the province’s busiest mountain passes,”  the BC Ministry of Transportation said that starting this week, it will be restricting commercial vehicles from using the far left lane on the Coquihalla’s Snowshed Hill between Box Canyon and Zopkios, as part of its “No Trucks in the Left Lane” pilot program.

The ministry said that both passenger and commercial vehicles rely on the route as a primary connection  between the Lower Mainland and the Interior.

At times, this meant commercial vehicles were blocking the highway until they could either be towed away, or equipped with chains (which they should have already had on their vehicles).

Making these closures even worse is the fact that, because the Coquihalla is a divided highway, snow plows often get caught in the traffic queue behind the blockage, restricted by roadside barriers and unable to turn around. As a result, snow continues to fall, unplowed, until the blockage is cleared.

As such, the ministry said it is hoping that its new pilot program will “prevent a repeat of that trend this year.” 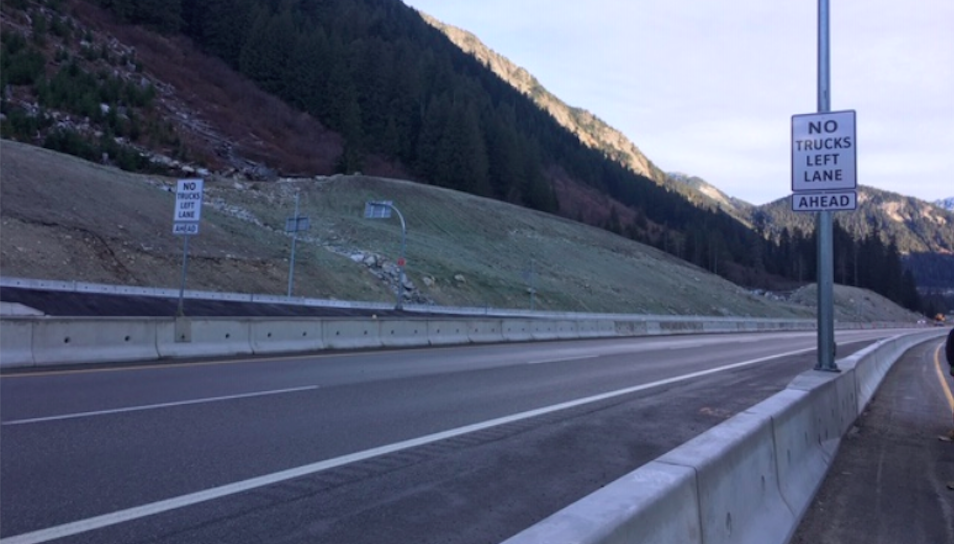 The Ministry said it chose this particular location for the pilot program “because our Commercial Vehicle Safety Enforcement focuses a large part of their enforcement efforts on this location during the winter months and this is the location where trucks spin out the most.”

By restricting trucks from the left lane, the ministry hopes it “will be better able to maintain traffic flow (including emergency vehicles) and plowing operations, as well as significantly reduce the time it takes to re-establish the flow of traffic after a vehicle incident/closure.”