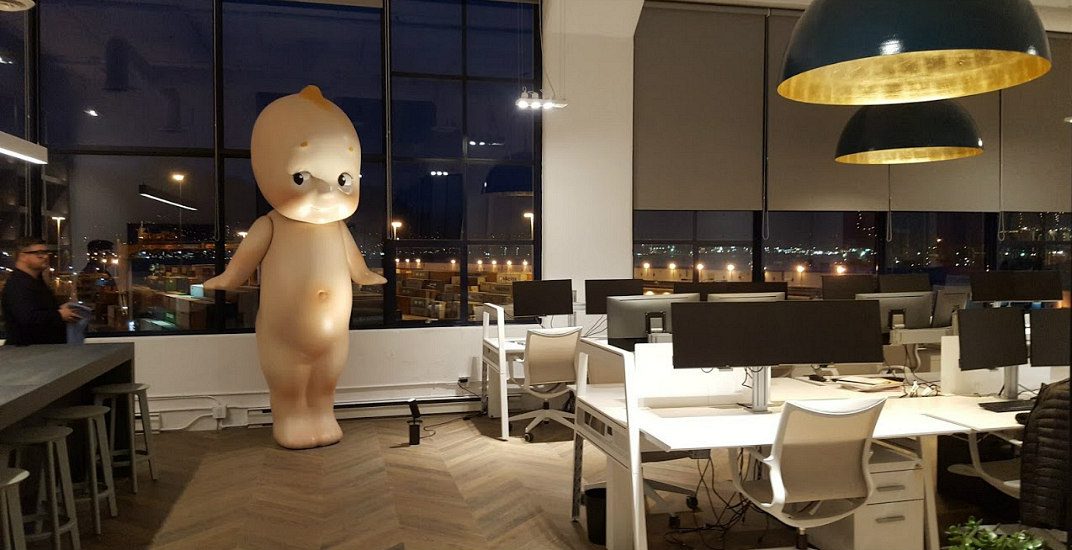 SpinaliS chairs for healthy and active sitting without back pain are finally in Canada, with the first branch store in Vancouver! With a movable seat on a spring, SpinaliS is the healthiest way to sit all-day long, keeping your posture straight and back pain-free. Find them in their Kitsilano showroom or online and start changing the way, how you feel at work.

In the world of architecture, you don’t find too many firms with truly integrated interior design teams. But boutique firm McKinley Burkart, is one excellent exception.

Established in Calgary in 1997 by top architects Walker McKinley and Mark Burkart, the multi-disciplinary firm opened their very first Vancouver office earlier this year. And it couldn’t be a more fitting space; a studio on the fourth floor of an industrial building in Railtown.

Almost a hidden gem, the space leaves everything to the imagination until the door opens. High ceilings, a sleek, contemporary design, and a stunning mountainscape allow you to get an insight into the creative space that fuels a team of designers, architects, and technical experts. 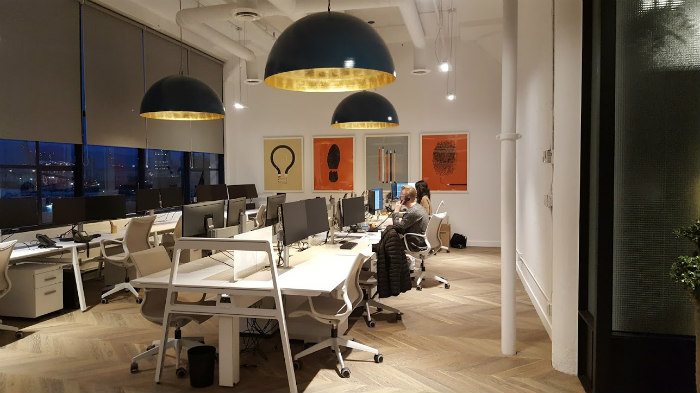 And although the new space is the firm’s first in Vancouver, they have worked in the city for quite some time.

“We’re based out of Calgary but we’ve always had work in Vancouver. In 20 years, I don’t think we’ve ever not had a project going on here. And my partner and I both have ties to the coast – my parents are on the Island and he grew up here,” co-founder, Walker McKinley told Daily Hive. 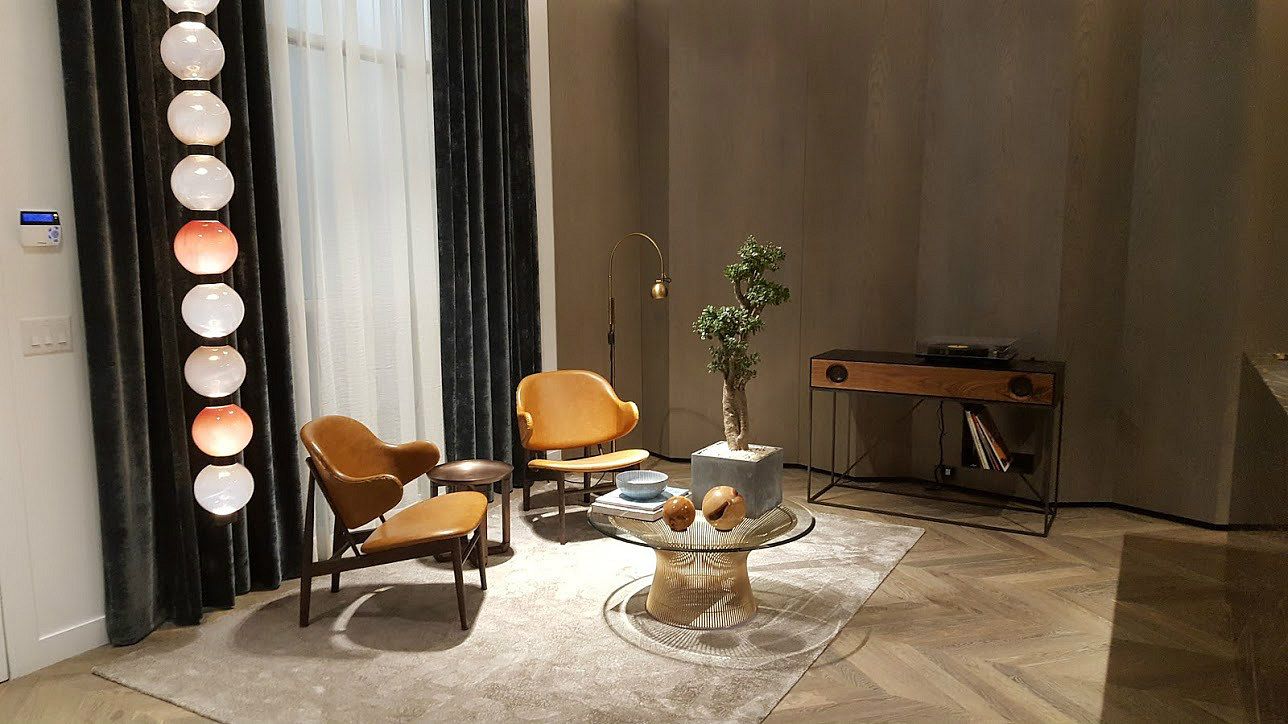 With a portfolio of projects and accolades for their innovative approach to design, the firm has worked with the likes of the Craft Beer Market and Stanley Park Brewing Co, La Maison Simons, Hedkandi Salons, Aritiza, and Earls Kitchen + Bar.

And when it came to the design of their Vancouver studio, they employed West Coast themes and a touch of inspiration from their Calgary space. 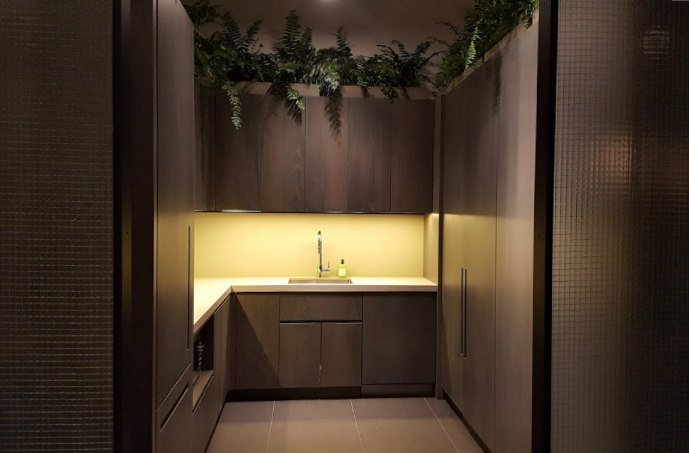 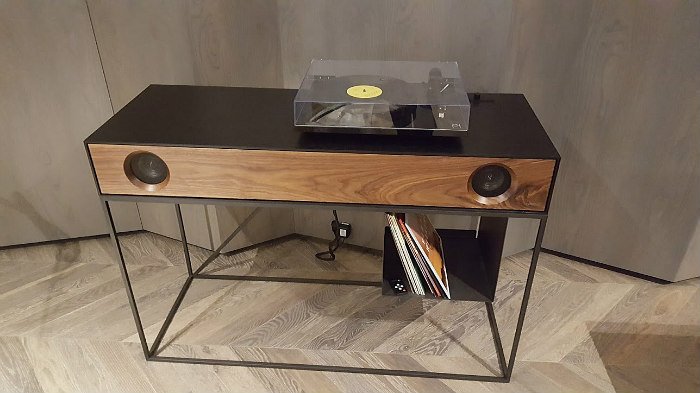 “We have pieces that are very similar to the Calgary office and we tried to bring some of our spirit. The front reception desk is very similar but then it has this West Coast palette and of course the industrial building. Whereas in Calgary, we’re in a very slick hotel downtown office building.” 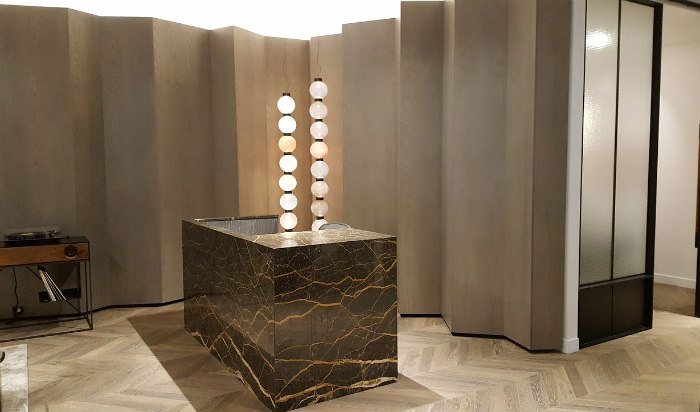 “All of the artwork is from my own personal collection. I collect art and when we opened the studio I sent out my favourite Vancouver artists. We have work by Anthony Redpath who’s a local photographer, a painting by Graham Gillmore, and Ben Skinner did the pink painting we have inside.” 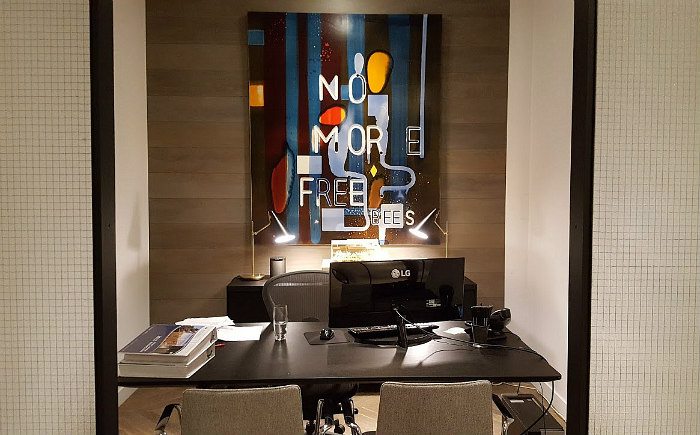 But there’s one artwork that you can see when you enter the studio that you wouldn’t typically find in an office space – a 10-foot kewpie doll. The doll was in fact made by the company founders as part of an ongoing art project they have been doing for a number of years.

“It’s a conversation about nostalgia and wonder, what happens when you make something bigger or smaller? There was this idea of the West Coast beach, driftwood colours, and it almost felt like maybe something that had washed up on shore. A sort of detritus.” 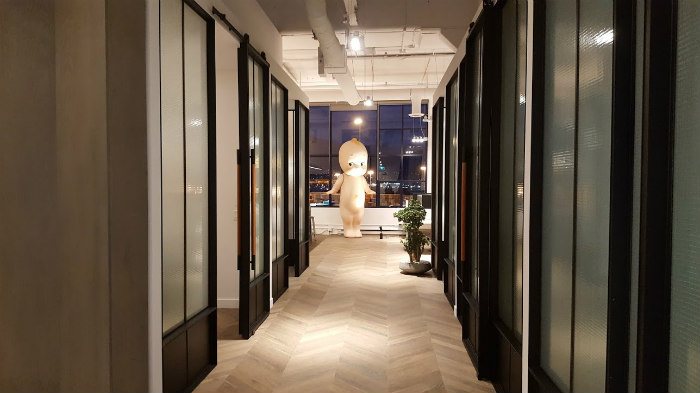 McKinley noted that there’s a collaborative work environment in both Vancouver and Calgary. “We’re super collaborative architecture and interior designers. Vancouver’s on fire, there’s so much to do, we’re growing quickly here already.”

Despite the fact that the company is growing in Canada and internationally, McKinley states how they still “think like a very small firm in terms of culture, design, and collaboration.”

Have a cool office that you think should be featured? Email [email protected] and we’ll consider your nomination.