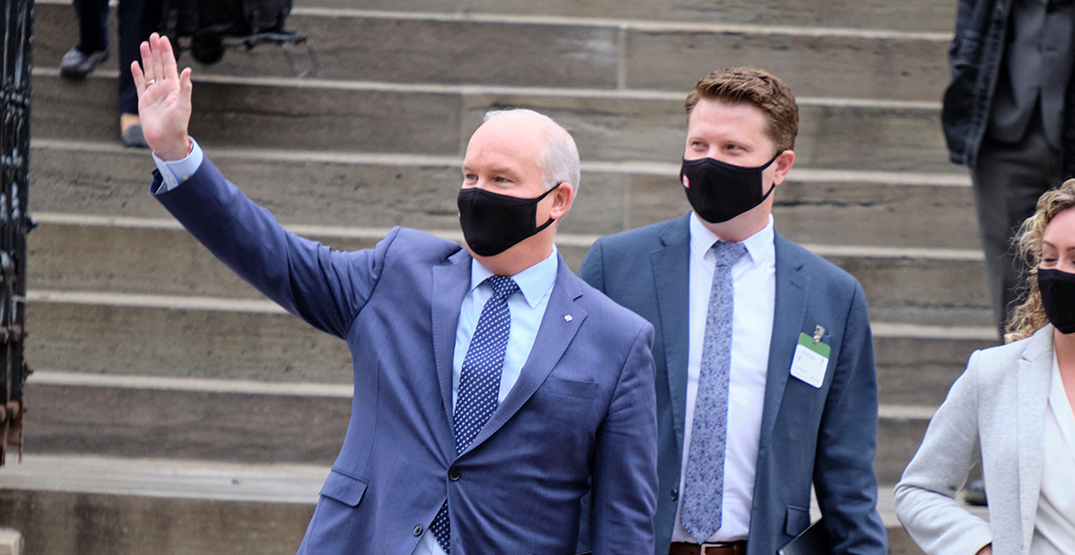 The leader of Canada’s Conservative Party, Erin O’ Toole, said he has “initiated a process” to remove a member of his party from caucus. After learning, they accepted a donation from a “well-known” white supremacist.

In a statement, O’Toole said MP Derek Sloan’s acceptance of the donation amounted to a “gross error of judgment or failure of due diligence.”

Now, “in accordance with the Reform Act, I have initiated the process to remove Mr. Sloan from the Conservative Party of Canada caucus,” said O’Toole. “I expect this to be done as quickly as possible.”

O’Toole added that henceforth, he would not allow Sloan to run as a candidate for the party.

The donor in question has been identified as Paul Fromm, and the donation was made online to Sloan’s leadership campaign last year, according to a statement from Sloan.

And despite the donation being made in August, Sloan said he only just learned this week that it came courtesy of Fromm.

Sloan said investigation into the donation revealed that it came from a man named Frederick P. Fromm.

“Using this obscure form of identity, he donated $131, and 10% went to the party,” said Sloan, adding that the donation was processed without him or the party being aware of the donor’s identity.

“We had over 1,300 donations and obviously did not closely scrutinize the donor names,” said Sloan.

However, “when the problematic donation was brought to my attention, I immediately asked [the] CPC director to refund the donation.”

Sloan is the MP for the Ontario riding of Hastings—Lennox and Addington.