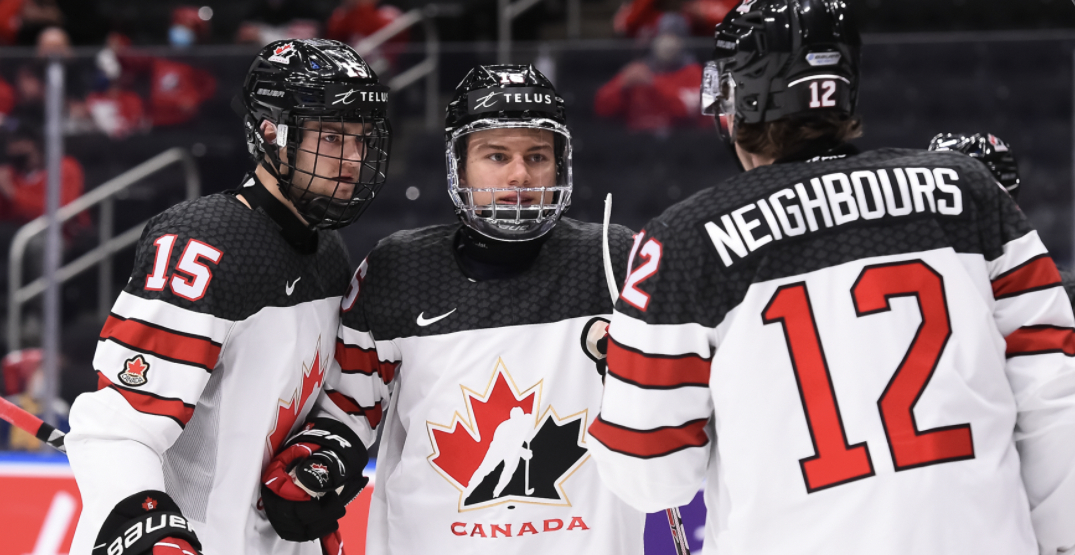 Canada is — once again —  unveiling its roster for the 2022 World Juniors.

The 2022 World Juniors tournament is set for a unique summer edition, after the first attempt at the tournament was cancelled in December midway through the round robin following a COVID-19 outbreak on multiple teams.

Connor Bedard is Canada’s biggest name on the roster, who put up five points in just two games during the first go-around of the event, along with Ducks prospect Mason MacTavish, who had the same statline as Bedard.

The 17-year-old Bedard is expected to go among the top few picks in the 2023 NHL draft, after putting up 100 points in just 62 WHL games with the Regina Pats this past season.

But missing from this year’s team are names like Cole Perfetti and Owen Power, who are set to likely graduate to the NHL ranks full-time this year.

The tournament is set to take place from August 9-20, with all games being played at Edmonton’s Rogers Place.

“We are excited to unveil the 25 players who will represent Canada at the World Juniors, as we believe we have assembled a team that will give us the best chance to win a gold medal on home ice,” said Alan Millar, Canada’s director of player personnel in a release. “We know this group of players and staff will represent our country with pride and embrace the opportunity to compete in a unique summer event in Edmonton.”

Here’s Canada’s full roster for the second edition of the 2022 World Juniors tournament: