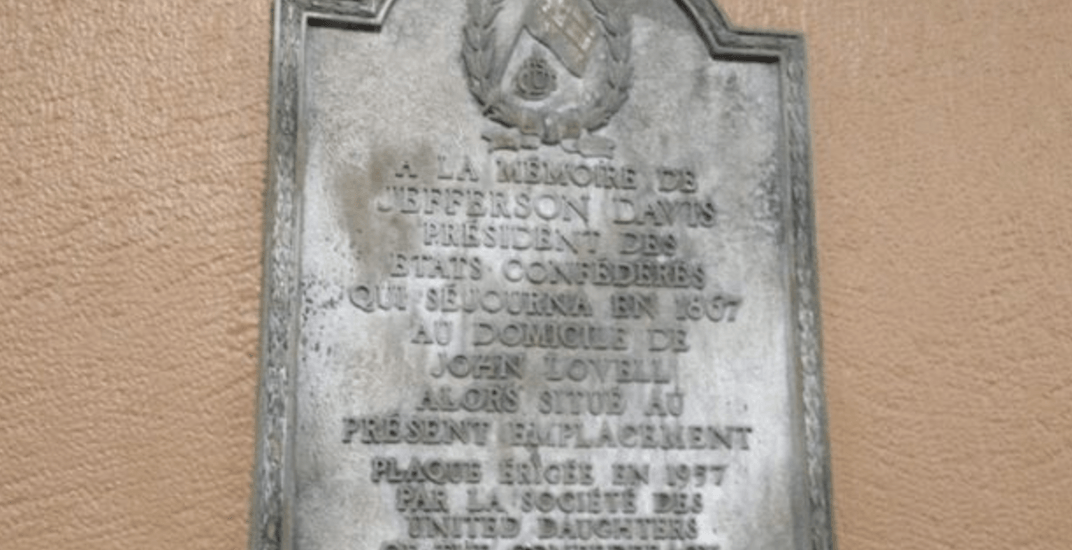 A plaque commemorating the former president of the Confederate States of America has been removed from Hudson’s Bay flagship store in downtown Montreal.

The confederate plaque was dedicated to Jefferson Davis who led the Confederate States from 1861 to 1865.

Why is there a #confederate plaque to salute Jefferson Davis in downtown #Montreal? pic.twitter.com/yP3ZZ83Bhp #charlottesville #canada150

The plaque, which was engraved in French, read: “To the memory of Jefferson Davis resident of the Confederate States, who lived in 1867 in the home of John Lovell, which was once here.”

The plaque has hung on the wall since 1957 and was donated by the United Daughters of the Confederacy, a US organization dedicated to preserving American Confederate history.

Demands to have the plaque removed came after the violent clashes in Charlottesville, Virginia, this week between white nationalists, white supremacists, neo-Nazis, Ku Klux Klan members and anti-racism protesters.

On Saturday, a 32-year-old woman was killed at an anti-racism rally in Charlottesville by a white nationalist who drove his car into a crowd of protesters.