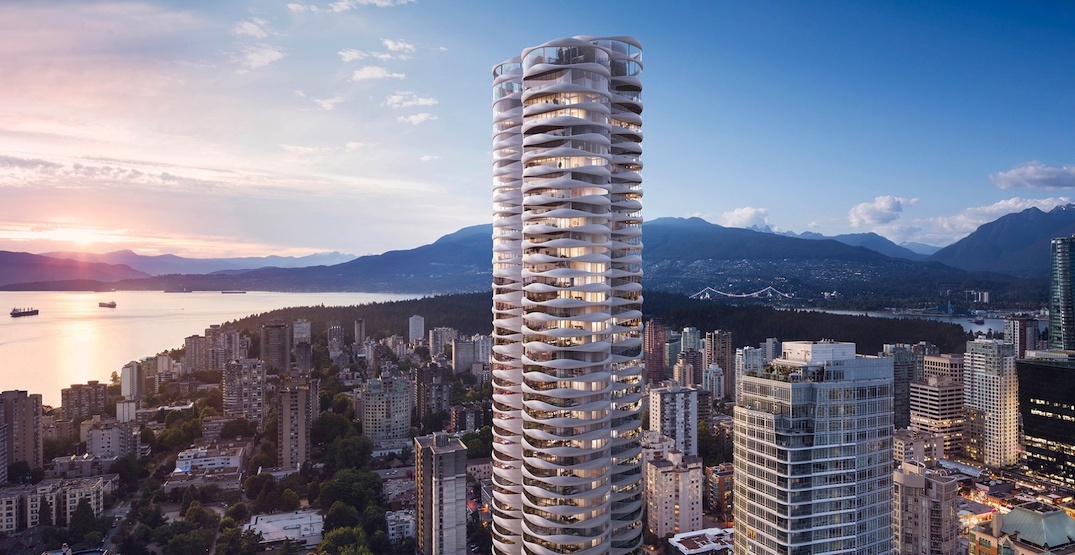 Last month, Vancouver city council approved a number of changes to the municipal government’s community amenity contributions (CACs) policies for developers, in an aim to improve efficacy and transparency.

Over the years, instead of directly from taxpayers, the City of Vancouver has increasingly turned to developers to provide and fund new public benefits in exchange for greater development density or a change in use through a project’s rezoning.

These CACs can be provided as either in-kind value or cash, creating new public parks, libraries, childcare facilities, transportation improvements, and affordable housing.

The improvements to the CACs policy include the introduction of the possibility allowing developers to defer a portion of cash CACs valued over $20 million to make it easier to pay over time, and the ownership of in-kind CACs by non-profit, indigenous, and governments.

Additionally, there has been a reaffirmation of allocating CACs towards the key areas of affordable housing, childcare, transportation, community facilities, public safety, parks and open spaces, arts and culture, and heritage conservation.

The city will also continue to prioritize CACs for the neighbourhood in which the rezoning was performed, but there will now be a “more portable, equitable approach by investing in public benefits that extend beyond a particular area so that more residents can enjoy them.” 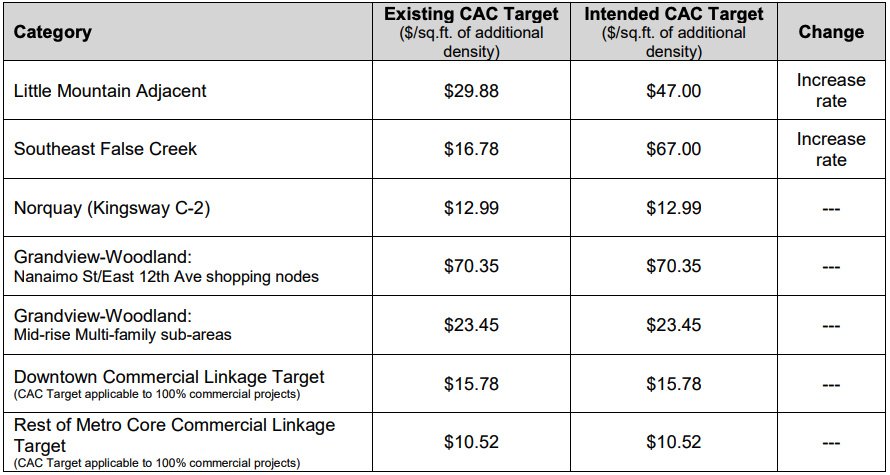 “Making these amenity investments more transferable will help our fastest growing communities secure the infrastructure they need in their neighbourhoods,” said Vancouver Mayor Kennedy Stewart in a statement.

“This developer contribution model also ensures that we are not impacting housing costs or adding an additional burden on taxpayers to support the many amenities we need.”

According to the city, in-kind CACs over the past 10 years have mandated developers to create 1,900 social housing units, 500 childcare spaces, 11 community facilities such as community centres and neighbourhood houses, eight cultural facilities including artist studios and rehearsal spaces, and six parks, open spaces, and public real improvements.

In exchange for 1.275 million sq. ft. of additional density through rezoning, the Plaza of Nations’ CACs will create 380 units of social housing, a new community, a new ice rink in partnership with the Vancouver Canucks, a 69-space childcare facility, and significant public plazas and open spaces.