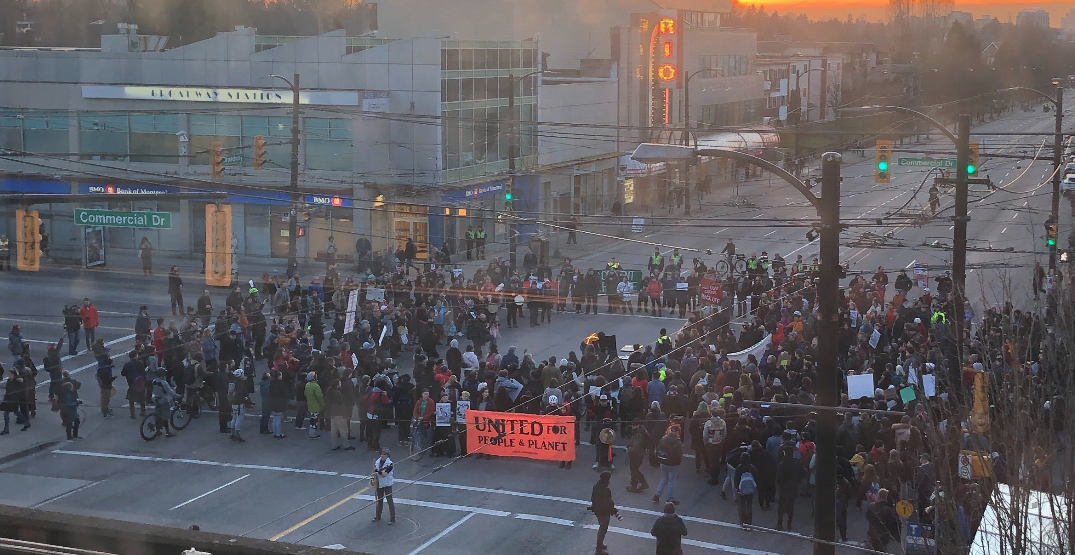 UPDATE: The blockade of the intersection of Commercial Drive and Broadway ended at approximately 7 pm, after kicking off at around 5 pm. Traffic and buses are flowing through the area again.

The intersection at Commercial Drive and Broadway is currently completely blocked this evening, due to an ongoing anti-pipeline demonstration.

In a release, the group behind the planned protest, Climate Convergence Metro Vancouver, says the demonstration is being organized to “mobilize against […] two Indigenous rights and climate killing pipeline mega-projects – the Trans Mountain expansion pipeline and the Coastal GasLink pipeline.” 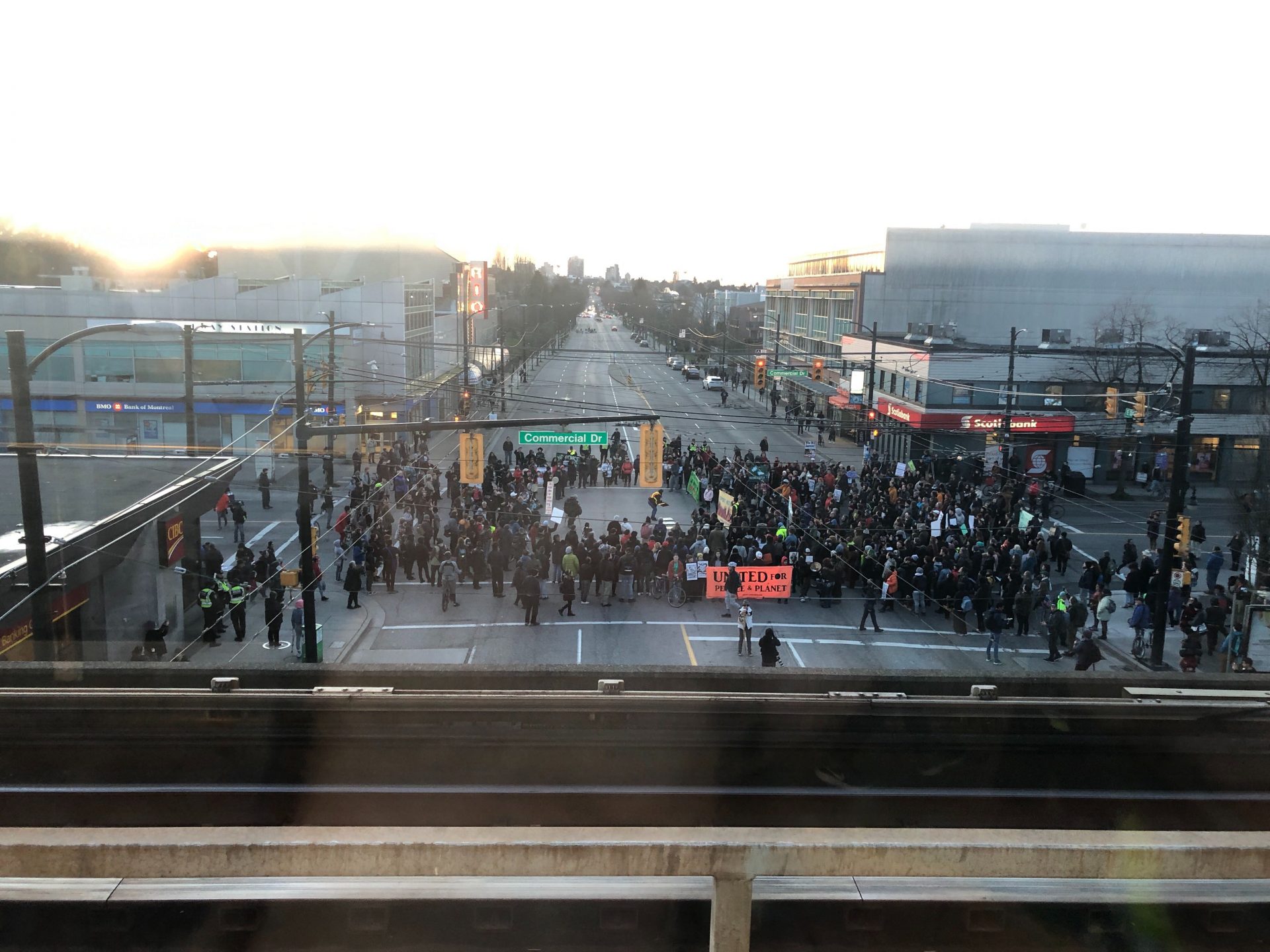 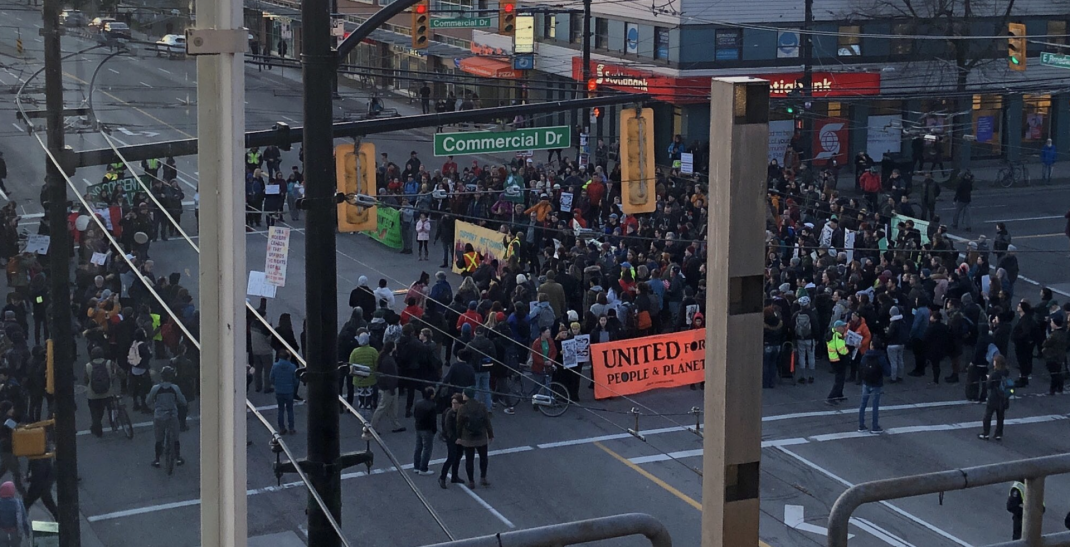 VPD is warning drivers to avoid the area.

#VanTraffic: Protestors have blocked the intersection of Commercial and Broadway and traffic is not getting through. Drivers are advised to avoid the area. pic.twitter.com/F304XAZ5CP

Earlier this afternoon, TransLink announced it had been granted the injunction to prevent protesters from physically obstructing its SkyTrain facilities.

TransLink has arranged detours for the 9, 20, and 99 bus routes. More information and updates can be found on the TransLink’s Twitter account.