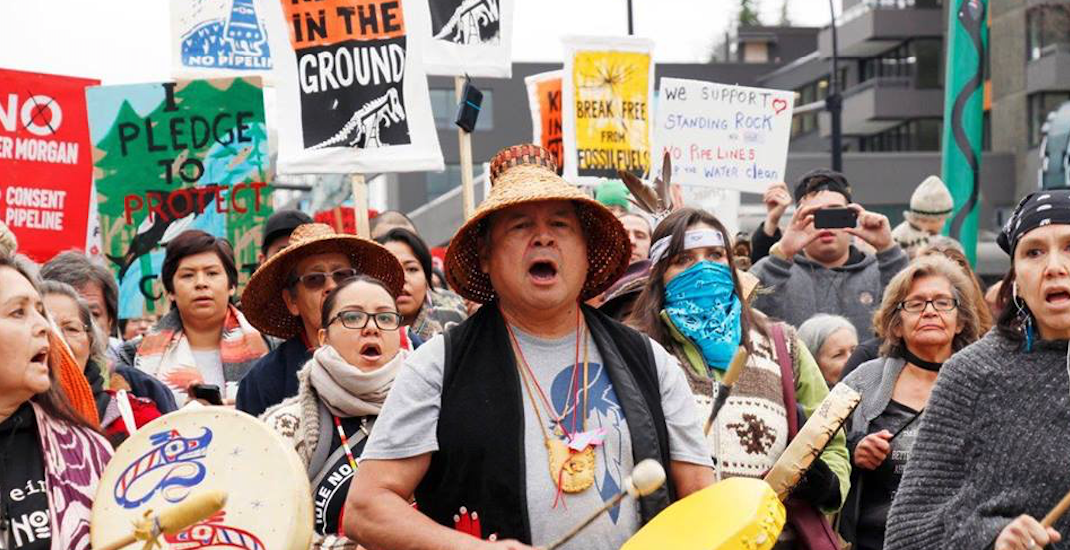 Anti-pipeline demonstrators are planning to block off the intersection at Broadway and Commercial this afternoon.

In a release, the Climate Convergence Metro Vancouver says the demonstration is being organized to “mobilize against […] two Indigenous rights and climate killing pipeline mega-projects – the Trans Mountain expansion pipeline and the Coastal GasLink pipeline.”

“Let’s join coast to coast protest against occupation of Wet’suwet’en by RCMP and keep building the climate justice movement!” reads the statement.

Event organizers say their goal is to continue “mass action and campaigns uniting as many groups and communities as possible to stop the pipelines.”

The demonstration is expected to begin at 5 pm at Commercial-Broadway SkyTrain station.

In a statement on Wednesday afternoon, TransLink said it is aware of the planned event.

“We understand a protest is planned for this evening near Commercial-Broadway SkyTrain Station,” said TransLink in an email. “This is one of the busiest stations on the system and is a vital link for the more than 25-thousand customers who travel through each day.”

The transit authority said it has filed an injunction application with BC Supreme Court today “seeking to prevent protesters from occupying any TransLink facilities.”

And while TransLink said supports the right to peaceful protest, “the safety of our customers and our staff is our priority.”

As such, “we have taken the step of requesting an injunction for all properties to ensure the hundreds of thousands of people who rely on the Expo and Millennium Lines, Canada Line, SeaBus and other TransLink facilities every day can get to their destinations safely.”

Even still, the injunction “will not prevent protests from blocking municipally and provincially owned roadways.

Therefore, “bus customers should be prepared for delays and detours.”