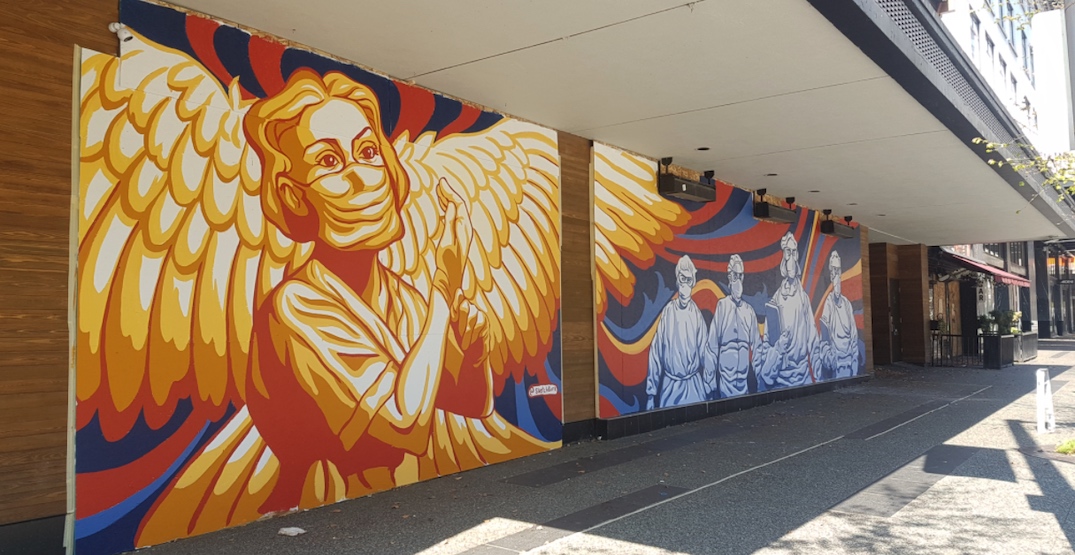 One of the largest and most elaborate murals to be made in downtown Vancouver during the pandemic offers a beaming symbol of hope and appreciation.

It is one of the murals commissioned by the Vancouver Mural Festival (VMF) on boarded-up storefronts, in partnership with local artists and business improvement associations (BIAs).

This particular mural was created by a team led by Will Phillips. It was completed on Monday. 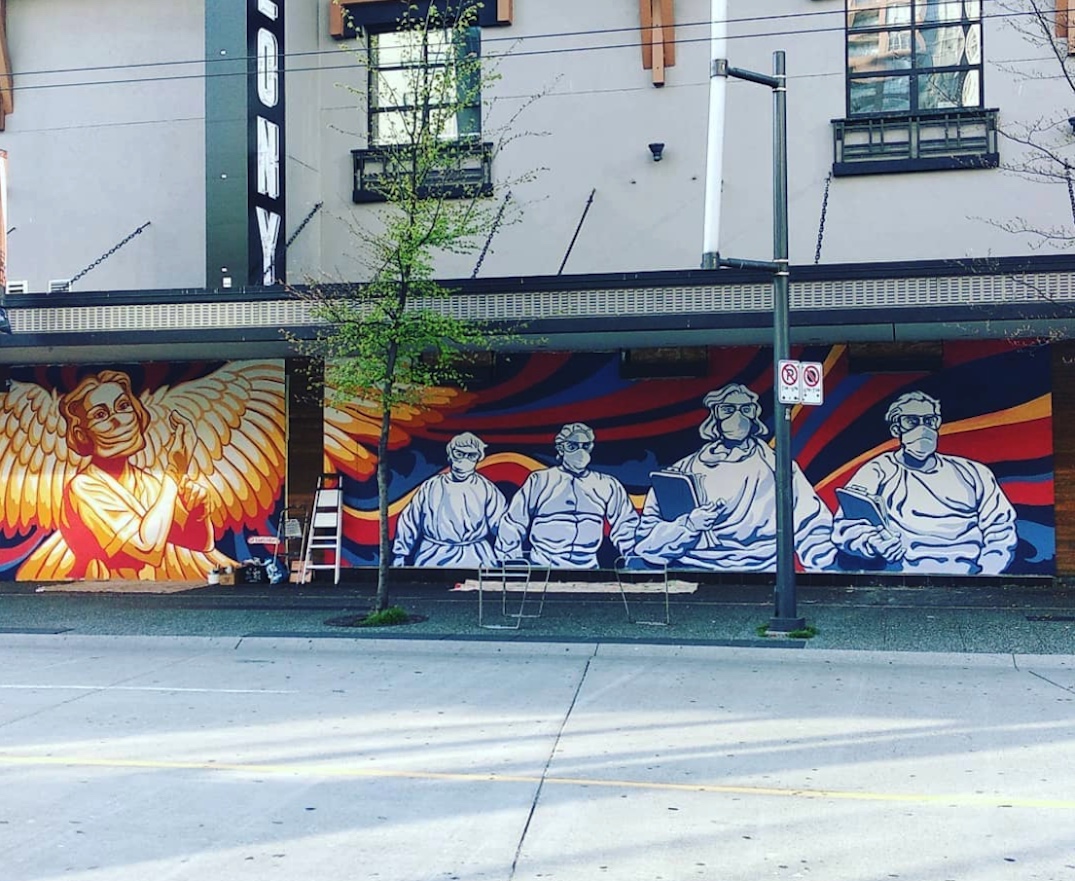 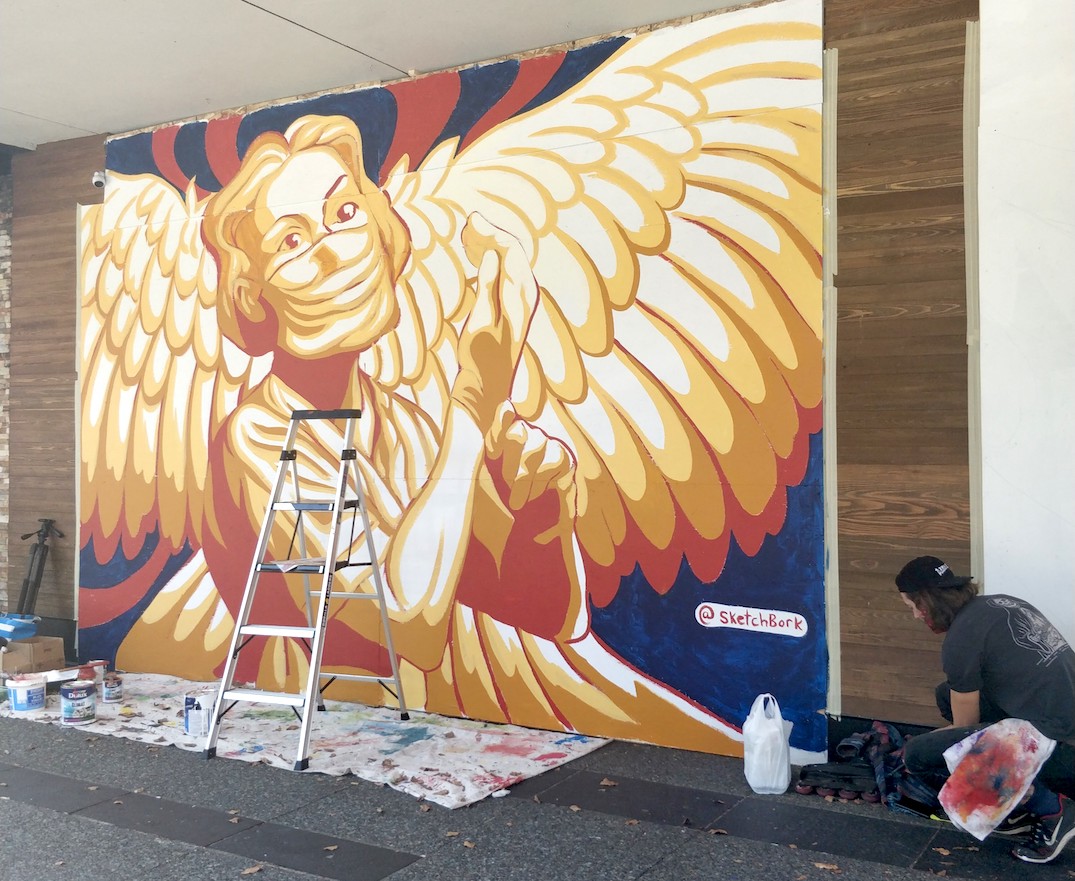 By the end of the month, the VMF program will create 40 new murals across downtown Vancouver, particularly on Robson Street and South Granville.

However, both organizers and the City of Vancouver are urging the public to stay home and enjoy the murals virtually through online photos.

With fewer eyes on the street from the near-absence of pedestrian and car traffic, as a Crime Prevention Through Environmental Design strategy, the BIAs and the municipal government are encouraging and funding the painting of murals on boarded-up storefronts to help deter vandalism and other undesirable behaviour.