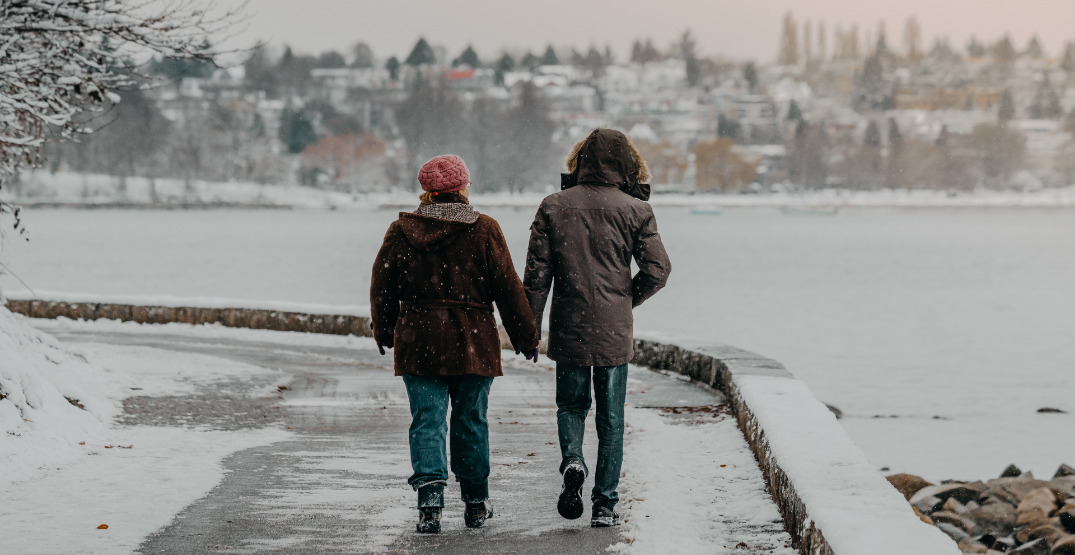 A couple walking the Seawall in the cold. (LeonWang/Shutterstock)

As the Northern Hemisphere marks the first day of winter, The Weather Network is predicting that Vancouver could break cold weather records on Christmas.

Environment Canada has a special weather statement out in regards to freezing rain due to a cold airmass, and things likely won’t let up over the next couple of weeks.

The Weather Network says it’s watching for an “extraordinary stretch of frigid weather,” which could result in “the coldest Christmas on record for places like Vancouver.”

Before the potentially record-breaking weekend, two weather systems are arriving over the Lower Mainland and Vancouver Island on Tuesday.

The Weather Network calls for widespread heavy precipitation and strong winds beginning late Tuesday, which is forecast to last until early Thursday. Through Thursday, 30 to 50 mm of rain is possible. 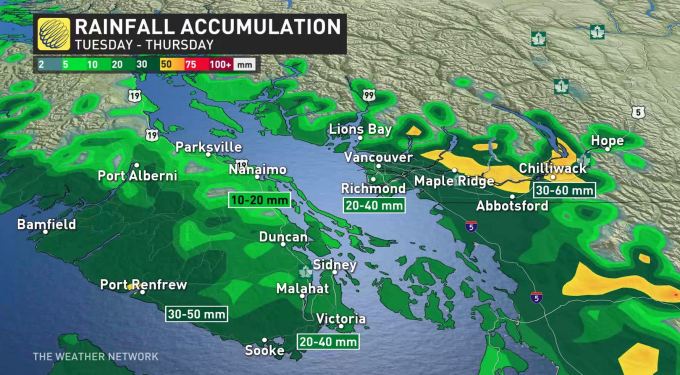 The coldest-ever Christmas in Vancouver?

The Weather Network says cold air will spread over Western Canada heading into the Christmas weekend, with what they’re calling an “unusual extended stretch of Arctic air” that will “blast BC.”

“Vancouver actually has the potential of breaking records with this cold. A daytime high of -1°C is currently forecast for Saturday (Christmas Day). The coldest daytime high recorded on Christmas for Vancouver was -1.7°C tied in 1924, 1964 and 1971,” says The Weather Network.

So while record-breaking, it thankfully won’t be nearly as cold as Kamloops or Fort St. John. 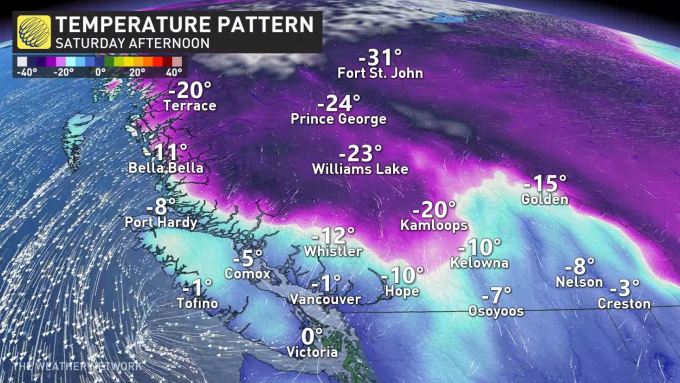 This frigid weather could stick around till the end of the month, with “additional opportunities for snow.”