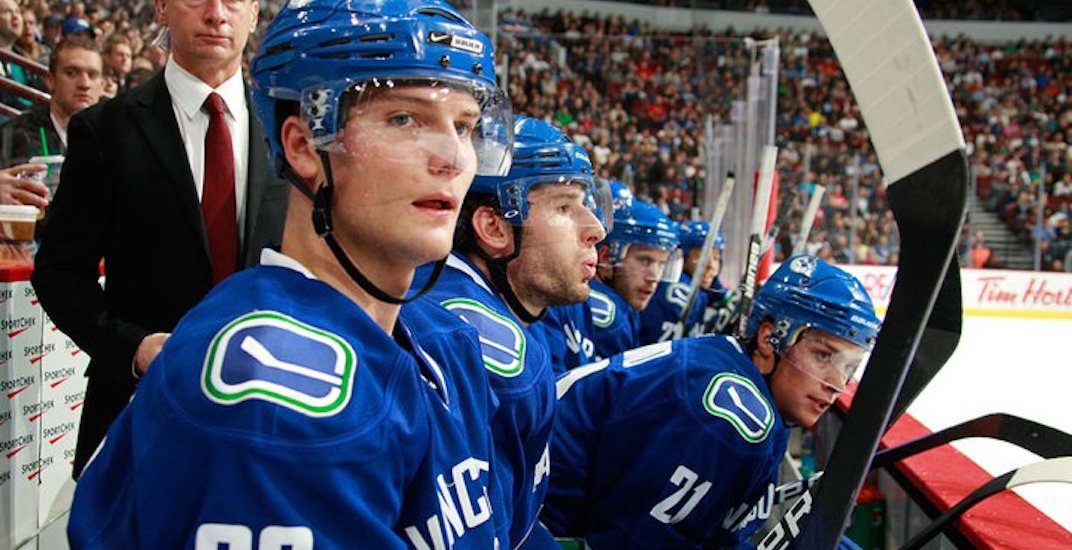 Entering the league as a 10th overall draft pick by the Vancouver Canucks in 2008, he followed that up with a spectacular year of junior hockey. He led the 2009 World Juniors in scoring with Canada’s gold medal-winning team, and was named the CHL Player of the Year a few months later.

He suffered back injuries in training before ever playing an NHL game, and was traded by the Canucks during his rookie season. After initial success with the Buffalo Sabres, his production plummeted and he was bought out of his contract.

He played one more season split between the Nashville Predators and their AHL affiliate in Milwaukee before retiring in 2016 at age 26.

“A lot of people ask me, why did you retire? Why did you end early? They were asking me how my back is,” Hodgson explains in the trailer of a new documentary about him, called Hodgson. “That’s not really the reason I stopped playing.”

Hodgson didn’t quit hockey because of a bad back, nor did he stop playing on his own volition. He left the NHL after his doctor told him he had a rare disorder.

Hodgson was forced to retire due to complications from a mutation on his ryanodine receptor 1 (RYR-1) gene.

“My final year of playing, I was having some severe symptoms, I was having trouble breathing,” he said. “I was blacking out. My muscles were extremely tight, my whole body was just shaking.

RYR-1 is a form of muscle disease, which affects people differently. Hodgson says he hopes to “shine light” on RYR-1 in the documentary.