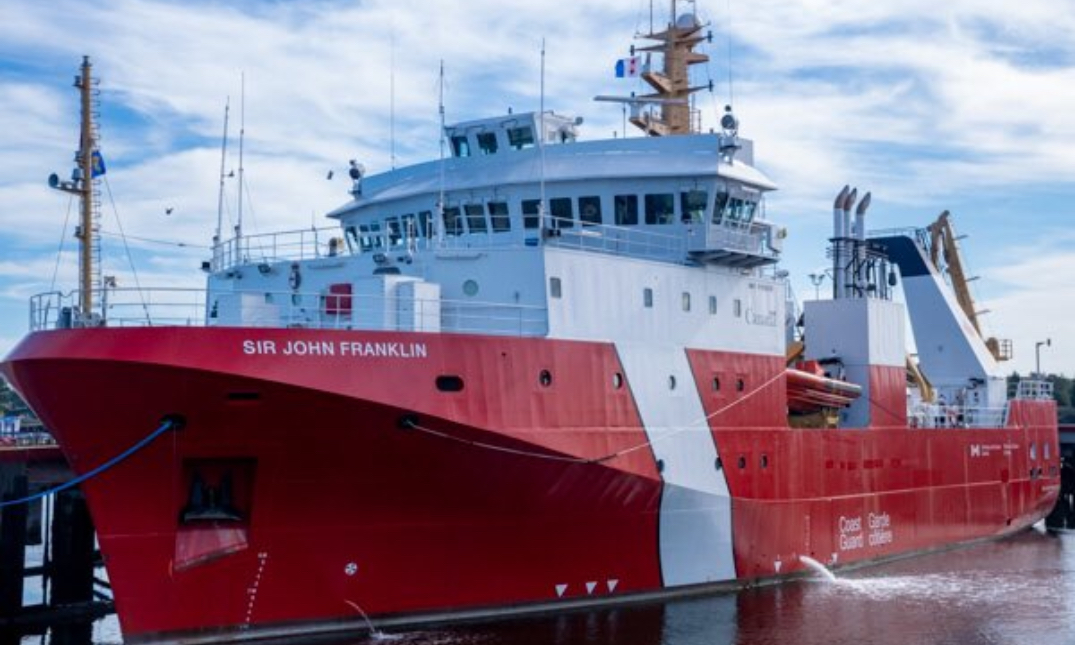 The Canadian Coast Guard embarked on a humanitarian mission to help BC Hydro restore power to a community on BC’s north coast.

According to the Coast Guard, the province asked them to help and the Canadian Coast Guard tasked the CCGS Sir John Franklin to transport a BC Hydro crew to Bella Bella so they can restore power to the Heiltsuk First Nation.

“The situation is critical, with the community without power for several days and facing dwindling fuel reserves,” said the Coast Guard in an email to Daily Hive.

“BC Hydro has been unable to travel via road or helicopter due to the severe weather from the storm that has brought large amounts of snow, freezing rain and high winds to BC.”

The vessel was on Search and Rescue patrol in Fitzhugh Sound when the request came in, and the boat made it through 65 knot (125 km/hr) winds, eight-foot wave height and freezing spray to pick up a three person BC Hydro crew in Bella Coola on Thursday evening.

“Travelling in those same weather conditions, the Franklin crew and BC Hydro crew arrived in Bella Bella at approximately 07:45 this morning,” said the Coast Guard.

“The Canadian Coast Guard is honoured to play a role in British Columbia’s first response community and is thankful they were able to help out in this critical situation.”

CCGS Sir John Franklin is tasked on a humanitarian mission to transport @BCHydro to Bella Bella. BC Hydro has been unable to reach the Heiltsuk First Nation via road or air due to the #BCstorm pic.twitter.com/9hnAdlNGQp

The region has been experiencing stormy weather, much like the rest of the province, in the first week of January 2022. Environment Canada still has a weather alert in effect for the region where snow is continuing to fall.

Heiltsuk Nation in Bella Bella is a First Nations community that has been experiencing a power outage for days amid freezing conditions.

On the Heiltsuk Tribal Council Facebook page, an update from Randy Carpenter says that they’ve confirmed that BC Hydro crews from Bella Coola will arrive in the community aboard a coast guard vessel.

“We are in a very difficult situation, with both the power outage and Covid,” read the post on the Facebook page. The community’s big house has been open to residents as a warming space during the power outage.

“It’s always so uplifting to see how our community works together in these difficult situations,” they wrote.

Daily Hive has reached out to the Heiltsuk Nation and BC Hydro for more information and will update this story.