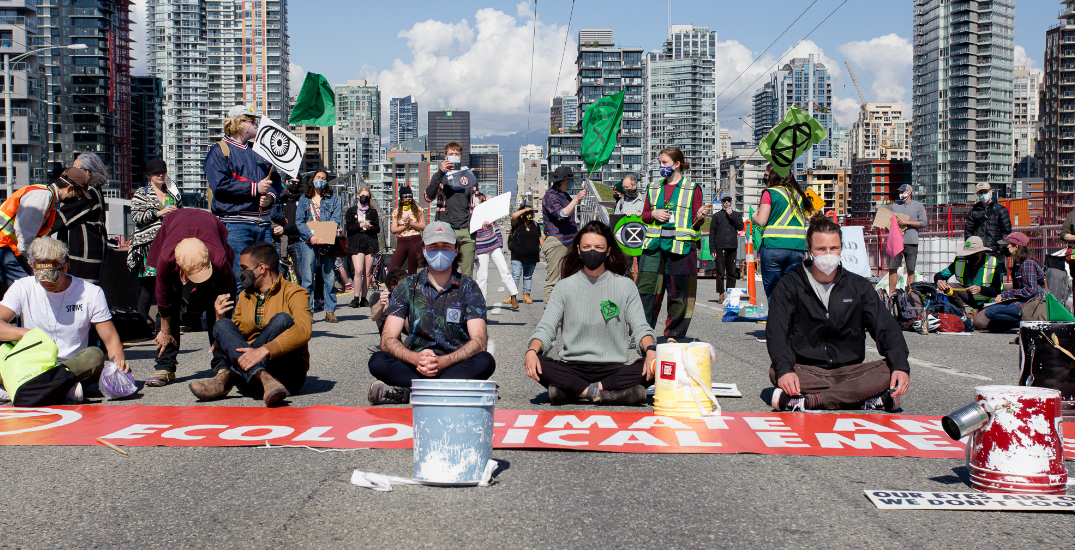 Multiple people have been arrested after climate protesters blocked the Granville Street Bridge for several hours on Sunday afternoon.

Vancouver Police said that eight people were arrested after “30 to 40” protesters marched through downtown Vancouver and onto the bridge, disrupting the flow of traffic.

Constable Tania Visintin noted that the protest was “peaceful,” and that the majority of people left the bridge after several hours.

However, eight people refused to end the blockade despite verbal warnings from police, and were subsequently arrested on charges of mischief and intimidation for blocking a roadway.

Extinction Rebellion’s Vancouver chapter organized the blockade as part of a five-day “Spring Rebellion” that began on May 1.

Five people were arrested on Saturday after 150 protesters blocked the intersection of Granville and Georgia Streets with a 15-foot boat.

The group plans to continue the week-long demonstration on Monday afternoon by blocking Lions Gate Bridge.