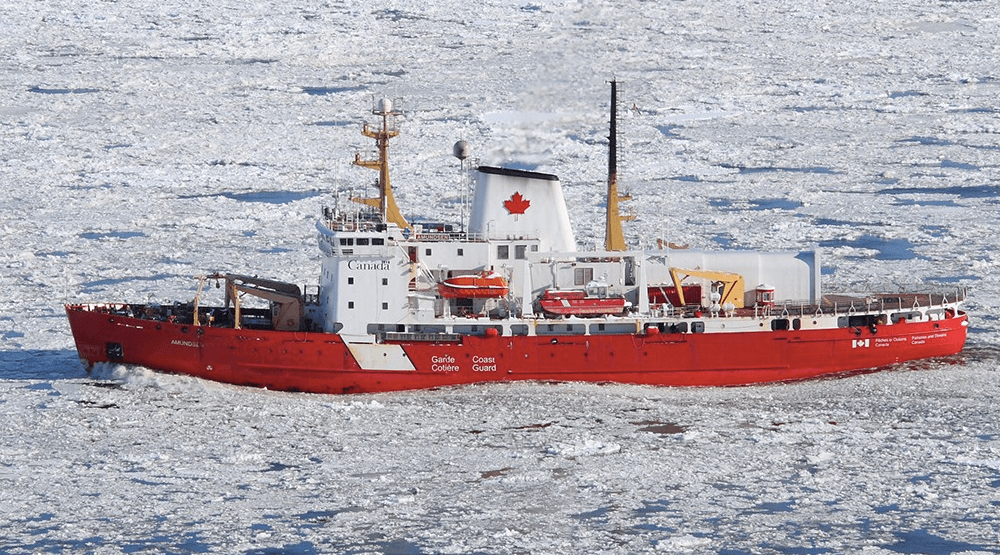 The first leg of a planned expedition to Canada’s arctic has been cancelled because of what officials say is the very reason it was set to be launched.

The Science Team of the Canadian Research Icebreaker, CCGS Amundsen, cancelled the trip due to complications associated with the southward motion of hazardous Arctic sea ice, which they say is caused by climate change.

Timing was key for the $17 million project, said Barber, and “a second week of delay meant our research objectives just could not be safely achieved.”

Known as the Hudson Bay System Study (BaySys), the four-year-long project, led by researchers from the University of Manitoba, involved 40 scientists from five universities across Canada.

Decision ‘not made lightly’

The deployment of the CCGS Amundsen is undertaken through a collaboration between the Canadian Coast Guard (CCG) and University-led Arctic science in Canada, said a release from the University of Manitoba.

The partnership is meant to give Canadian researchers the ability to monitor and understand the impacts of climate change and resource development on Arctic marine and coastal ecosystems and northern communities since 2013.

This decision to cancel the BaySys 2017 program was not made lightly, Barber noted. Although the cancellation was due to circumstances beyond control of the Expedition Team, “every effort” was made to develop a viable option to allow the work to proceed. Still, the decision had “significant impacts” on partners and the large number of graduate students involved.

A glimpse of good news

There is a glimmer of hope in all this, though.

“This extremely unfortunate event is not expected to affect the remainder of the 2017 Amundsen Expedition resuming on July 6,” said Dr. Louis Fortier, Scientific Director of the Amundsen and ArcticNet Science programs. “We believe that the oceanographic studies will proceed as planned and do not anticipate an impact on the Nunavik Inuit Health Survey.

Fortier added that the Amundsen Science Team is “committed to working with Canadian Coast Guard and our industrial partners to plan a 2018 BaySys program.”