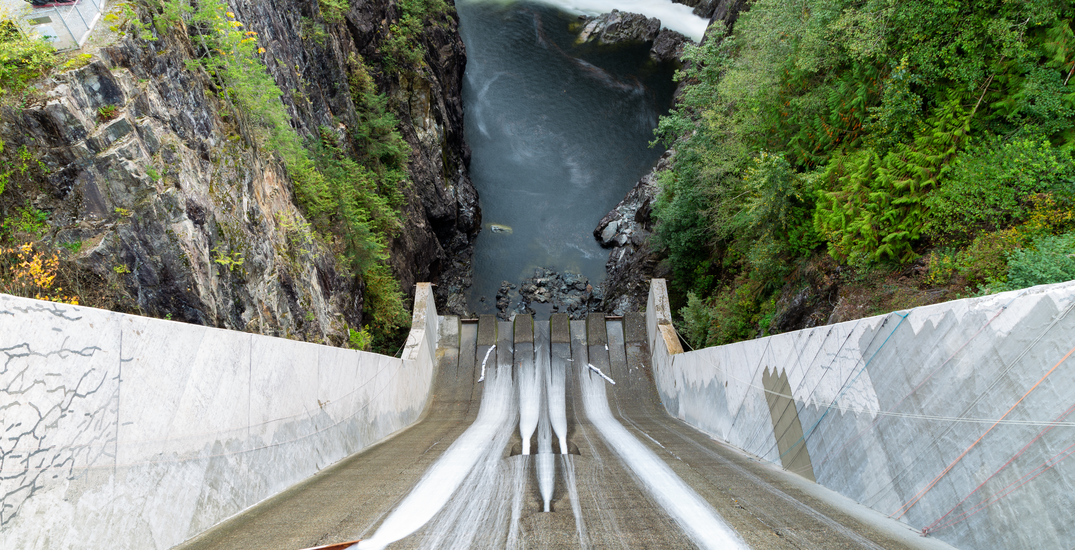 Metro Vancouver is conducting a thorough investigation into what contributed to a malfunction at the Cleveland Dam Thursday that resulted in a burst of water being let out from the Capilano Reservoir that killed one person fishing below.

The federation of municipalities manages the dam, and is currently analyzing data and interviewing staff to determine what happened. So far, all we know is that the dam’s flow gate lowered around 2 pm during some scheduled maintenance, and was manually raised to stop the intense flow of water.

Video from the Cleveland Dam malfunction today in North Vancouver @GlobalBC @CTVVancouver @CBCVancouver I was walking my dogs there just before 2pm pic.twitter.com/Edsf6wqmWB

Although it’s still too early to know an exact timeline of events, commissioner Jerry Dobrovolny said his 33 years of experience have taught him that massive infrastructure failures such as this are usually a combination of several factors, including both human and system errors.

The dam’s gate has been raised to its maximum height and locked, Dobrovonly said. He reassured residents during a Friday news conference that the dam is structurally sound.

The gate will be left locked through the winter, and probably won’t be lowered again until spring or summer, when the findings of Metro Vancouver’s investigation are known.

The dam has no public-facing alarm or siren to alert the public when the gate is opening, Dobrovolny said. He added such a system would need to be fairly comprehensive to alert people all the way down the Capilano River about water level fluctuations.

He did not say when results of the investigation would be released, although he did commit to releasing findings as they’re ready instead of waiting to release one large report.

Rescue crews are still searching the river for possible victims. Besides the person who was killed, four other people were also swept up in the torrent of water, but they were able to make it back to shore.