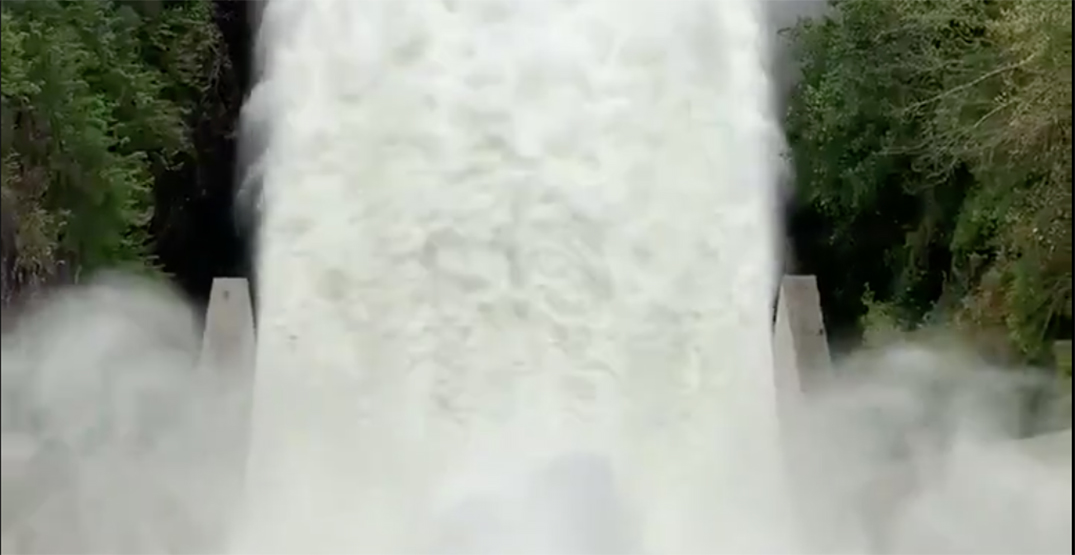 Emergency crews are still searching the Capilano River for victims swept away in a rush of water released after the Cleveland Dam opened by accident on Thursday afternoon.

Metro Vancouver staff were doing maintenance on the dam in North Vancouver when there was a malfunction around 2 pm where the dam opened and released a load of water into the river.

Several people fishing below were swept up in the water, according to North Vancouver RCMP. Four of them were able to make it back to shore, but a fifth person was pulled from the water in medical distress and was pronounced dead at the scene.

“It has not yet been determined conclusively that there are no additional victims, and so officers and rescue personnel remain on scene to continue the search until it becomes unsafe to do so,” Sgt. Peter DeVries said in a news release.

The BC Coroner’s Service is investigating the death, and police are not yet releasing the person’s identity.

Metro Vancouver, the body that manages the dam, is set to give an update into what happened Friday afternoon.