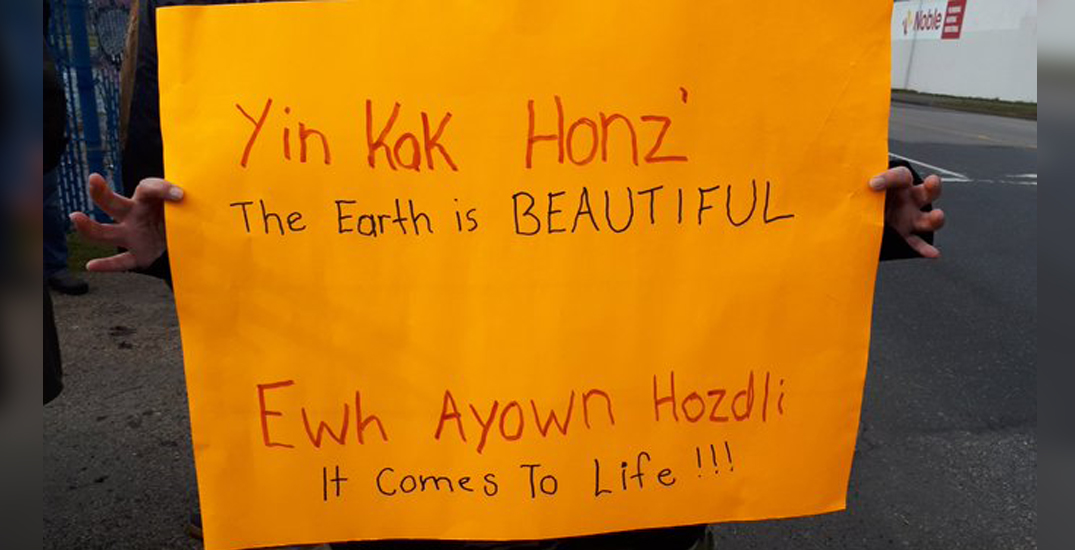 Demonstrators in Vancouver organized another protest Sunday supporting a group of Wet’suwet’en hereditary chiefs who are fighting a natural gas pipeline in northern BC.

The protesters gathered near some train tracks in East Vancouver at Clark Drive and Venables Street. They carried signs and called out on Twitter for reinforcements.

At Venables and Clark now. Join us! Supporters and sovereigntists stand strong and together in solidarity with Wet’suwet’en and Tyendinaga. pic.twitter.com/GFaKUq0UD2

“The protestors are off to the side of the tracks and at this time are not blocking the rail lines,” Roed said. “VPD officers have informed the protesters of the injunction already in place and they are aware.”

This demonstration follows many other rail blockades in recent weeks supporting the Wet’suwet’en hereditary chiefs after Mounties arrested about 30 of their supporters in northern BC.

The hereditary chiefs are opposed to Coastal GasLink’s proposed natural gas pipeline crossing their territory on its way to bring product to port in Kitimat, BC.

Although 20 elected chiefs along the pipeline’s route have signed on, the Wet’suwet’en hereditary chiefs say they have jurisdiction over their more vast traditional territory.