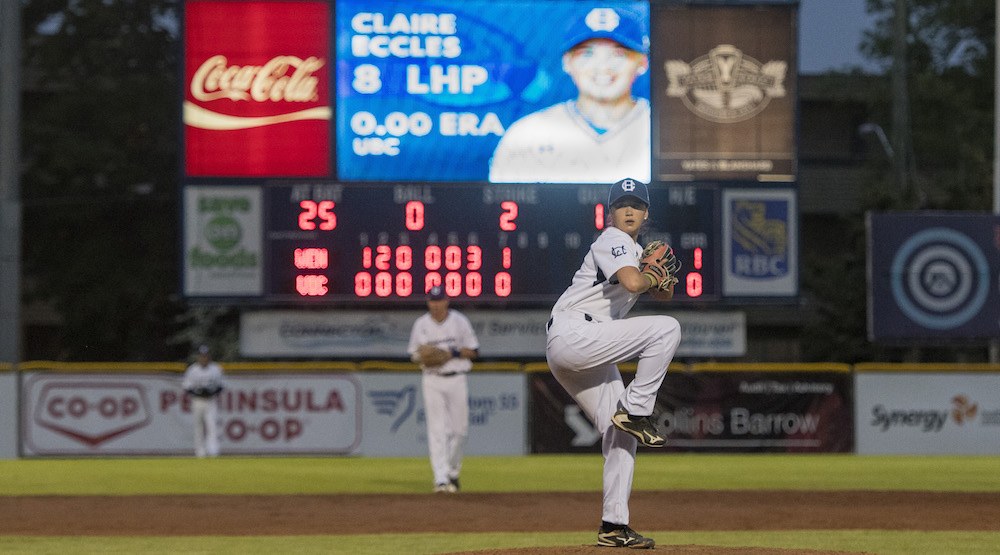 Surrey’s Claire Eccles made history on Wednesday night, as she made her debut pitching against men at Victoria’s Royal Athletic Park.

The 19-year-old, who also plays softball for UBC, became the first woman to ever play a game in the West Coast League, one of the top collegiate summer leagues in North America.

The left-handed knuckleballer pitched the entire eighth and ninth innings for the Victoria HarbourCats. While it wasn’t a fairytale beginning for Eccles, her team lost 9-0, she proved she belonged.

Eccles gave up two earned runs, one hit, a walk, and hit a batter.

“I just wanted to play,” Eccles said, relieved that her first outing was out of the way. “There was a lot of media beforehand. I just wanted to go out and show I could compete.” 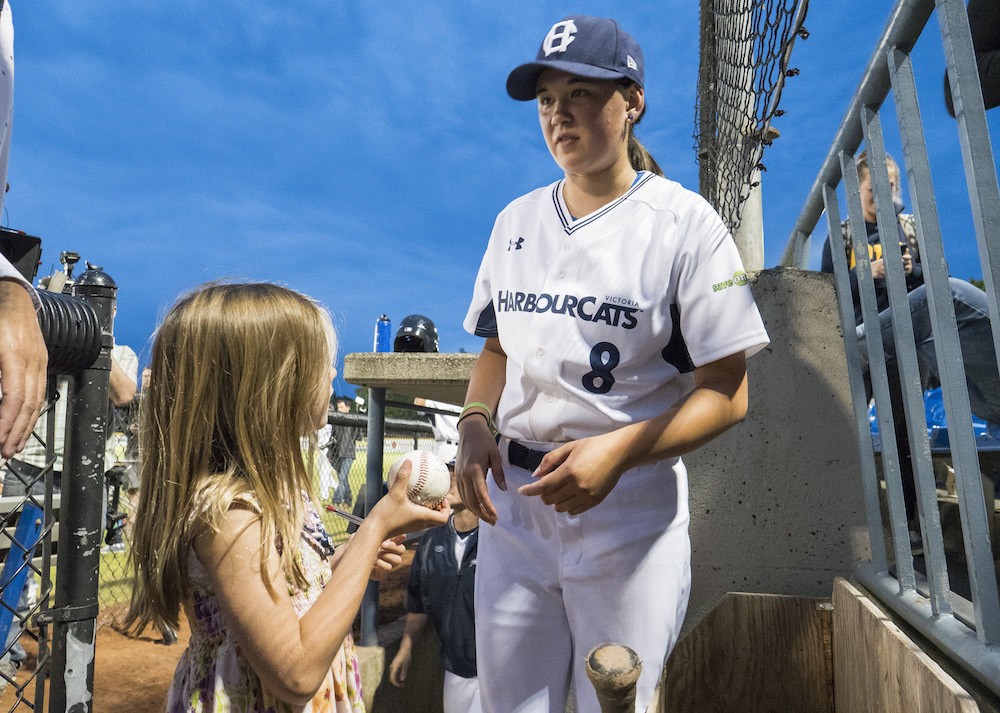 Because of the historic nature of this story, it goes without saying that Eccles has received much more media attention than your average West Coast League player.

“I just looked at it as another player out there doing their job, it just happened to be a woman on the mound,” HarbourCats manager Brian McRae said. “Over the course of a game you bring someone in, they pitch and try to get outs. I think being able to get in and perform in this situation is going to make her better for the next time she takes the mound. I don’t think she’ll need to be nervous anymore. I think she found out the plate is the same distance from the mound as it always is.”