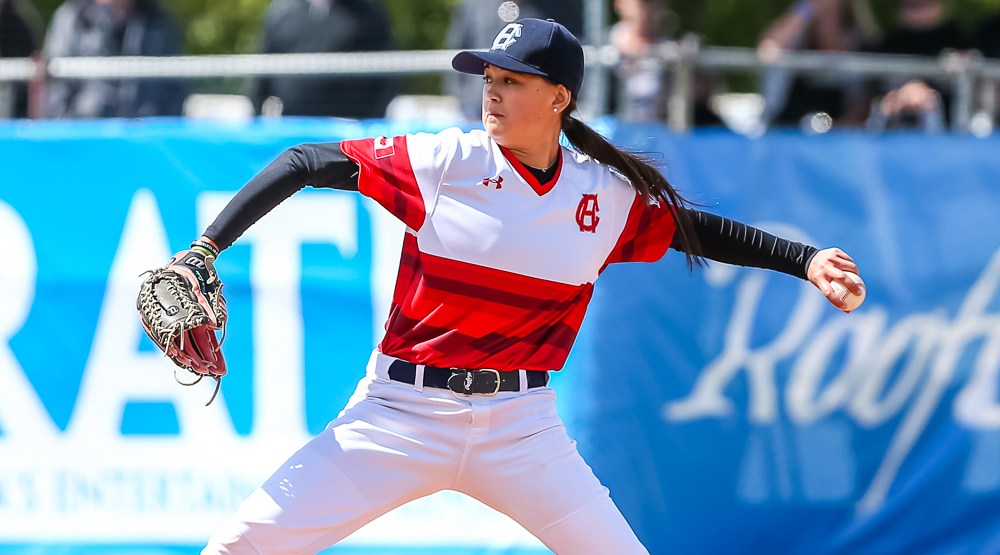 One year after making her debut in the West Coast League, Claire Eccles is trying to maintain some normalcy in her life. Yet, after breaking ground as one of the very first female collegiate league baseball players, life is anything but the same for the 20-year-old.

Eccles is officially a household name within Canadian baseball. She captured international attention during her debut with the Victoria HarbourCats last year and even received her very own bobblehead giveaway day. Despite the increased notoriety over the last calendar year, she’s humbled by the experience.

“I think I get recognized more often. People know I’m the girl who pitched in the WCL,” Eccles told Daily Hive. “Honestly, I don’t think that much has changed. It’s just been a really good experience, but it’s still pretty normal for me.”

With a full summer season under her belt last year, Eccles appeared in eight games – predominantly out of the bullpen for the HarbourCats. While it all feels routine now, it still seems surreal for Eccles to be playing collegiate baseball; a game she didn’t think women like her had the chance to play.

“I had just never heard of opportunities for women before. I never really expected this opportunity to come about. Thing after thing kept coming up, so I realized I was actually going to go through with it.”

“The reaction to Claire has been incredible,” he said. “There’s a totally different atmosphere when she enters the game. The place erupts and then it goes dead silent in between pitches until she throws the ball across the plate.”

A female in an all-male league

In the year since Eccles made her debut in the West Coast League, the vast majority of respondents from the immediate baseball community has been positive. Most people understand it’s progressive for women like Eccles to have the courage and fearlessness to play baseball at this level. Swanson notes that most fans and opponents are quite welcoming of this movement, but Eccles and the team experienced a few cases of criticism.

“There were a couple of instances where comments were made from the crowd or from members of organizations that had our guys take a little bit of ‘little sister syndrome’ where they went to her defence,” said Swanson. “They said ‘that’s our teammate; you don’t talk to our teammate like that.’”

In a league that previously consisted of all-male baseball players, the HarbourCats made a few arrangements in order to help Eccles feel at home. Swanson explains the concessions were fairly minor and easy to implement in order to welcome Eccles into the club and make her feel comfortable.

“We had a lot of questions early on about ‘how are you going to handle the dressing room?’ We have a separate room for her; these are things we obviously thought about before we made the announcement,” Swanson said. “When it comes to rooming, no, she does not share a hotel room with other guys; she has her own room. Her parents had a lot of questions when we first started talking to her. It took probably five minutes to solve all those issues.”

The societal climate is appropriate for something like this to happen, but Eccles went out on a limb by agreeing to sign with the HarbourCats as the very first woman to play in the WCL. The HarbourCats front office admits it was never intended as a marketing ploy or a gimmick; Swanson says Eccles earned her role on the team by meritocracy.

“We certainly didn’t do it with the idea of drawing 500 more people at games because Claire’s at the game. She’s just somebody who really fit into the team. She came in and worked hard and she’s been the right person for it. It’s one thing to be the right player for it, it’s another thing to handle all this and fit into the team,” Swanson explained. “She was on our roster last year and we finished one game short of winning the West Coast League Championship. So, obviously, it didn’t distract away from what we were trying to accomplish as a team. In fact, it probably helped bond the guys together.” 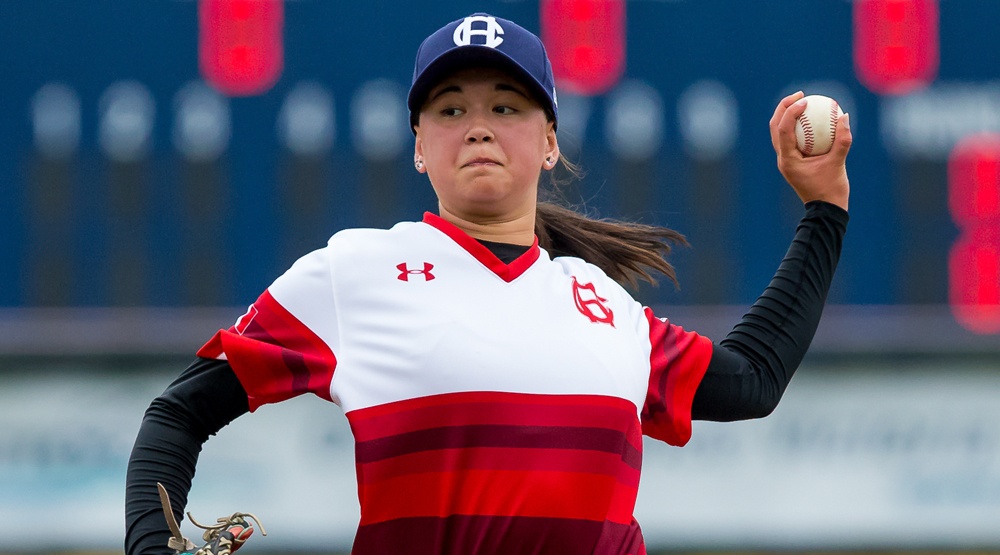 Back for a second year with the HarbourCats, Eccles feels like she fits right in on the roster.

“I think my teammates treat me as though I’m just another teammate. I’ve had players from other teams say it’s really cool. I’ve had a pretty positive experience and gotten compliments from players on other teams.”

Growing up, Eccles took an atypical path to the game of baseball; a computer game. She played “Backyard Baseball” as a child and her enjoyment of that game spurred her interest in baseball. Her parents didn’t push her to pursue extra-curricular activities, instead, the left-handed knuckleballer took it upon herself to ask her family to try baseball.

“I think when I first signed up for it, I realized there were no girls playing and I told my mom I wanted to make the MLB. I just kept playing because I enjoyed it.”

As a youngster growing up in British Columbia, Eccles was in close proximity to one of the most exciting players of the 21st century in nearby Seattle. Ichiro Suzuki was her favourite player, and growing up half-Japanese herself, Eccles felt a personal connection to the Japanese phenom.

“I was a huge Ichiro fan. Growing up in Vancouver, just a few hours away from Mariners games … me being half-Japanese, also. I also think it’s pretty special that I’m born on the 25th of October and he’s born on the 22nd.’”

Inspiring the next generation 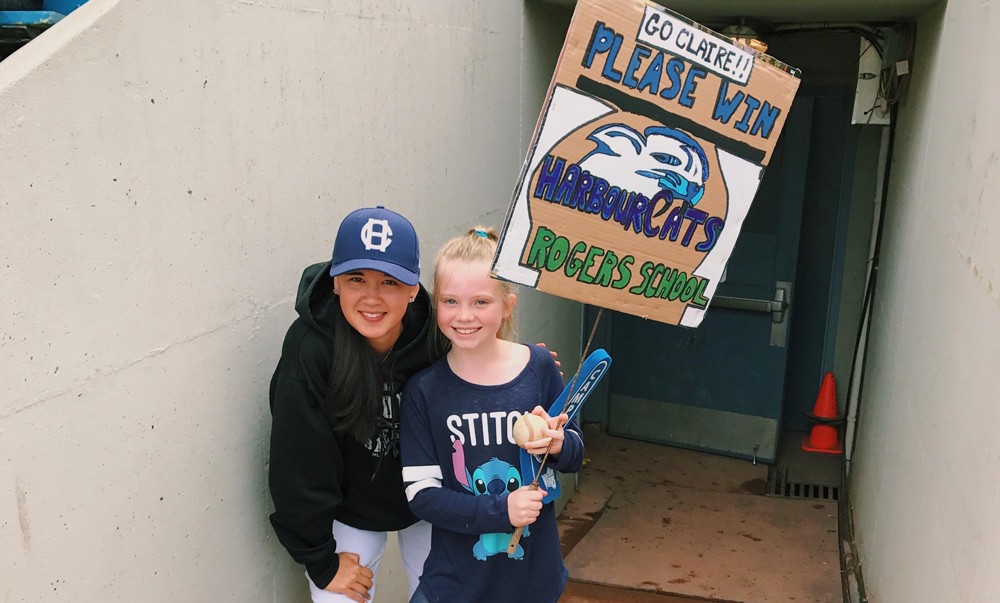 Just as she looked up to Ichiro, Eccles wants to pay it forward to other young kids looking to get into the game. Not only has she found a familiar face with her current host family, she inspired one of the daughters of the household to pick up the game of baseball for herself.

“I’m actually living with a family right now who I met last year because one of the girls was holding up a sign with my name on it. We ended up hanging out and she ended up signing up for baseball this season. She had never played before. That’s probably the most special story I’ve had from all this.”

What did the sign say? At the top, “Go Claire” and at the bottom, “please win.”

What’s next for the very first woman to lace up in the West Coast League? She’ll play her final game with the HarbourCats this Friday as she departs for the next chapter in her baseball career. Eccles was recently named to the Baseball Canada Women’s National team and will suit up for Team Canada when the team travels to Florida at the end of August for the World Cup. The HarbourCats also announced they’ll retire her number 8 and will honour Eccles with a jersey retirement ceremony next June.

Eccles’ tenure with the HarbourCats spanned two short seasons, but she left an indelible mark on women’s baseball. By breaking down this barrier, she hopes others will continue to carry the torch to advocate for women in sports.

“At the end of the day, I’m just trying to grow baseball for women. As much as I want to be successful for myself, I just want to be able to open doors for girls in the future.”

Judging by the young fan who held up the “Go Claire – Please win” sign, one little girl has already walked through the door which Eccles opened up. Surely, many other young girls will do the same.