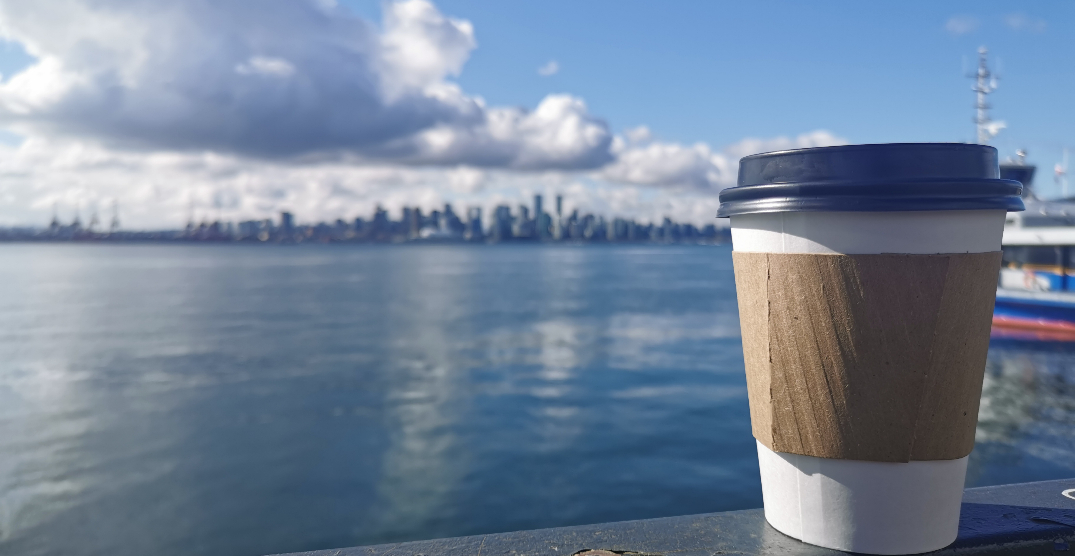 A disposable cup enjoying a view of Vancouver (Jamcham/Shutterstock)

After much debate and public chagrin, Vancouver City Council is expected to eliminate the controversial $0.25 single-use cup fee.

Changes won’t be swift, as plenty of data is yet to be analyzed, but the sentiment alone should offer some relief to Vancouver residents who didn’t necessarily jump for joy when the fee was introduced.

Vancouver Mayor Ken Sim told Daily Hive that the City is looking to get rid of it soon.

“If it all works out, we would like to have it gone by summer.”

Sim said that the response to the fee was “overwhelming.”

He also addressed the affordability crisis concerning the cup fee.

“When we have an affordability crisis, it makes a difference, and it’s hurting a lot of people.”

Sim added that it’s hurting businesses but that there’s more work to do before making any final decision.

“We don’t have the data; we haven’t dug into the details.”

Those details include figuring out which businesses are actually making investments to help the environment through the income earned from charging the cup fee.

Before October’s civic election, the previous City of Vancouver council attempted to kill the cup fee. However, that attempt failed. But now that Sim has an ABC Vancouver majority council, the chances of the cup fee being disposed of are high.

City Council voted 7-4 against the amendment to kill the mandatory cup fee. Many who voted to keep the fee are no longer on the Vancouver City Council.

The City of Vancouver doesn’t have the power to collect the fee as a tax, nor can it force businesses to spend it in certain ways. This was a concern that was echoed by Councillor Rebecca Bligh last year.

“At the end of the day, we’ve got national and multinational chains collecting millions of dollars with zero accountability, right out of the pockets of people who live in our city. We’re not saying don’t do it, let’s just do it a different way. If council can’t get around that kind of common sense, I think it’s disappointing and the residents of Vancouver, many don’t even know these discussions are happening, are relying on us to use better judgement,” said Bligh.