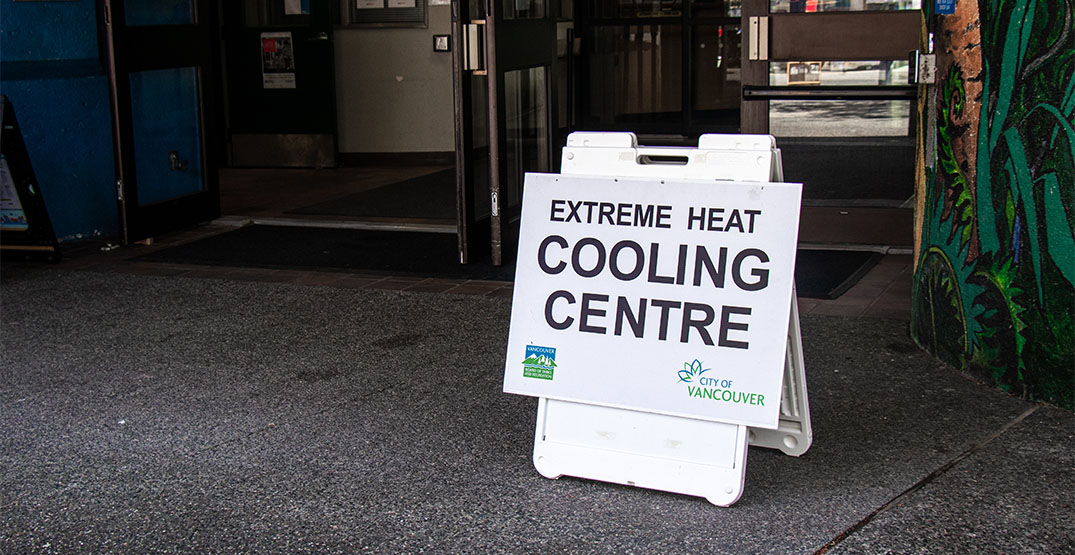 The City of Vancouver revealed plans for how it will deal with sweltering temperatures as we head into its first heat wave of summer.

The mercury is set to climb this week, with temperatures approaching 30˚C expected by the weekend. After last year’s deadly heat dome in late June, local governments are doubling down on their heat preparedness plans.

Vancouver has 30% more cooling centres than it did last year after the City purchased portable air conditioners for some community centres and libraries.

During a heat warning, 19 out of 20 community centres plus 19 libraries will act as cooling centres between 9 am and 8 pm, with extended hours during heat emergencies. Carnegie Community Centre at Main and Hastings stays open later than others.

The City has also installed several misting stations, which are tall blue pillars that spray fine water droplets when a button is pushed. They use evaporative cooling to keep people’s body temperature manageable, and they have faucets on the side to fill up water bottles.

Here’s a map of where they are:

There are also many drinking fountains available across the city.

Nearly 600 people were killed in the heat dome last year, the majority of them over age 60. No one under 30 years old died during the extreme heat.

BC now has a two-level heat warning system: a heat warning and an extreme heat emergency, with triggers for issuing each varying by geographic region based on seasonal temperatures and access to air conditioning.

Officials said Thursday that being inside during very hot temperatures is dangerous during an extreme heat emergency. People who are able to get outside to a cool space, a cooling centre, or an air-conditioned office fared better.

Vancouverites are encouraged to find a cooler space when it’s hot out and to check on each other and watch for signs of heat-related illness.