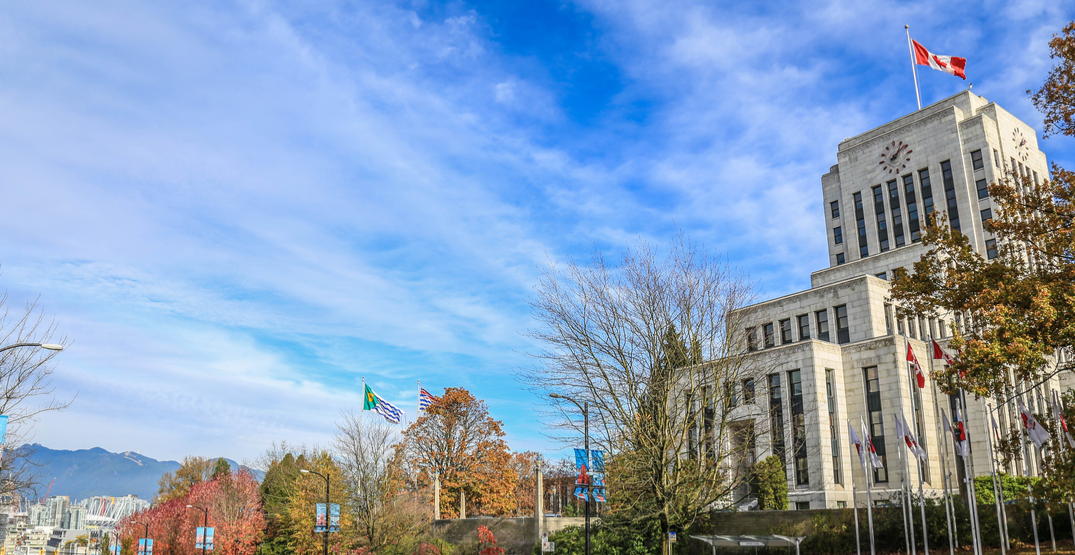 Amidst growing public criticism over a lack of transparency and accountability over adequately fulfilling basic municipal responsibilities, the City of Vancouver has launched a new online dashboard platform on its Open Data Portal that allows the public and researchers to seamlessly keep track of the municipal government’s performance over 65 indicators across six categories.

These categories include core service delivery, affordability and housing, climate change, economy and city finances, equity and social issues, and vibrant culture. The data pools together various sources and reports by the city and other agencies and organizations.

Examples of specific metrics include crime and emergency response statistics, such as 50,337 violent and property crime incidents in 2019, which represents a decreasing trend.

In the month of December 2019, there were 373 overdose calls for fire and rescue services, and as of the latest official count there are 2,223 people experiencing homelessness in the city.

Service centre wait times and the number of 3-1-1 call requests are also published. 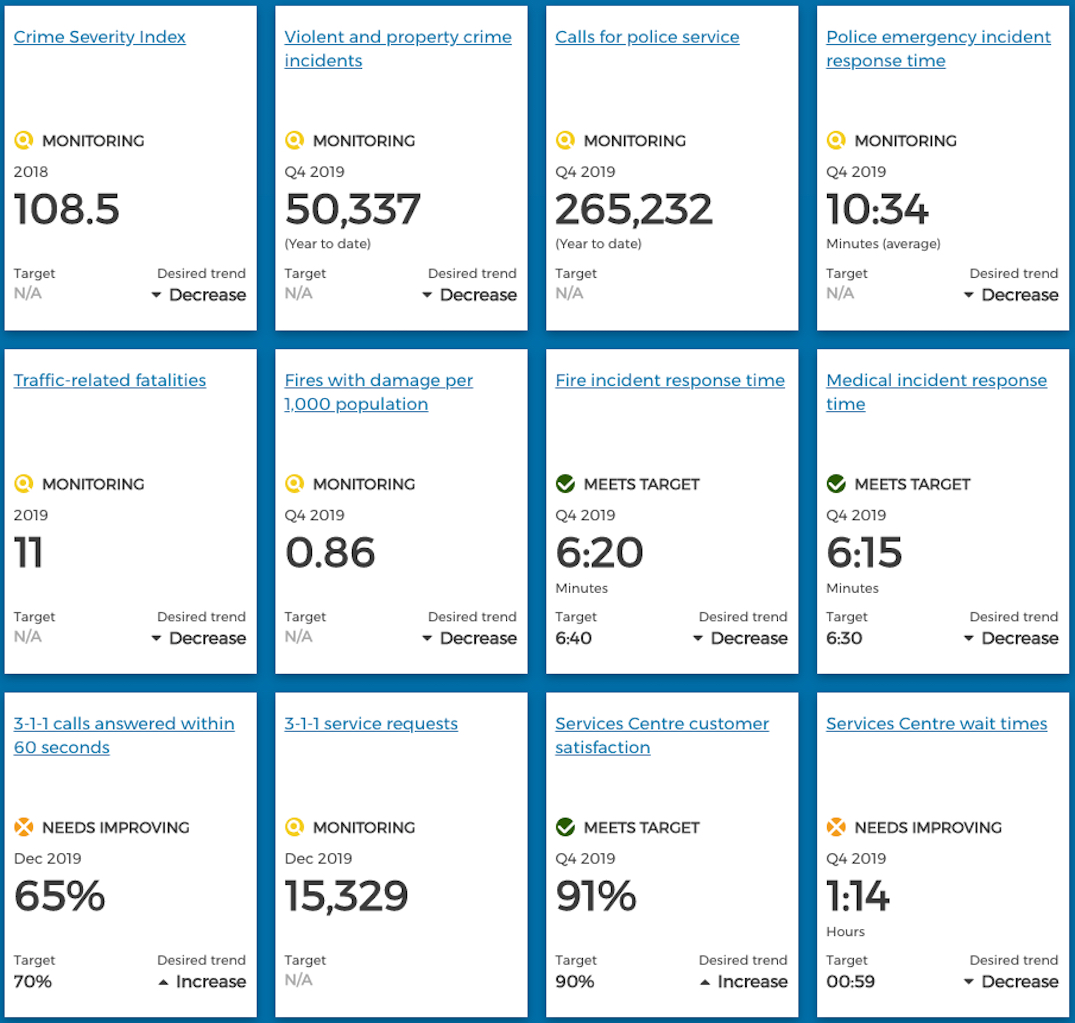 With urban development metrics, as of the end of 2019 the city approved 720,000 sq. ft. of development floor area, and major rezoning applications were processed in an average of 12.7 months. The median processing time for minor commercial renovations was 5.4 weeks.

The city self-reports that 92% of construction and building inspects were performed on time.

There are also specific metrics on housing affordability, such as the number of housing units approved by type, average rents by unit type, rental vacancy rate, and various affordability indicators. 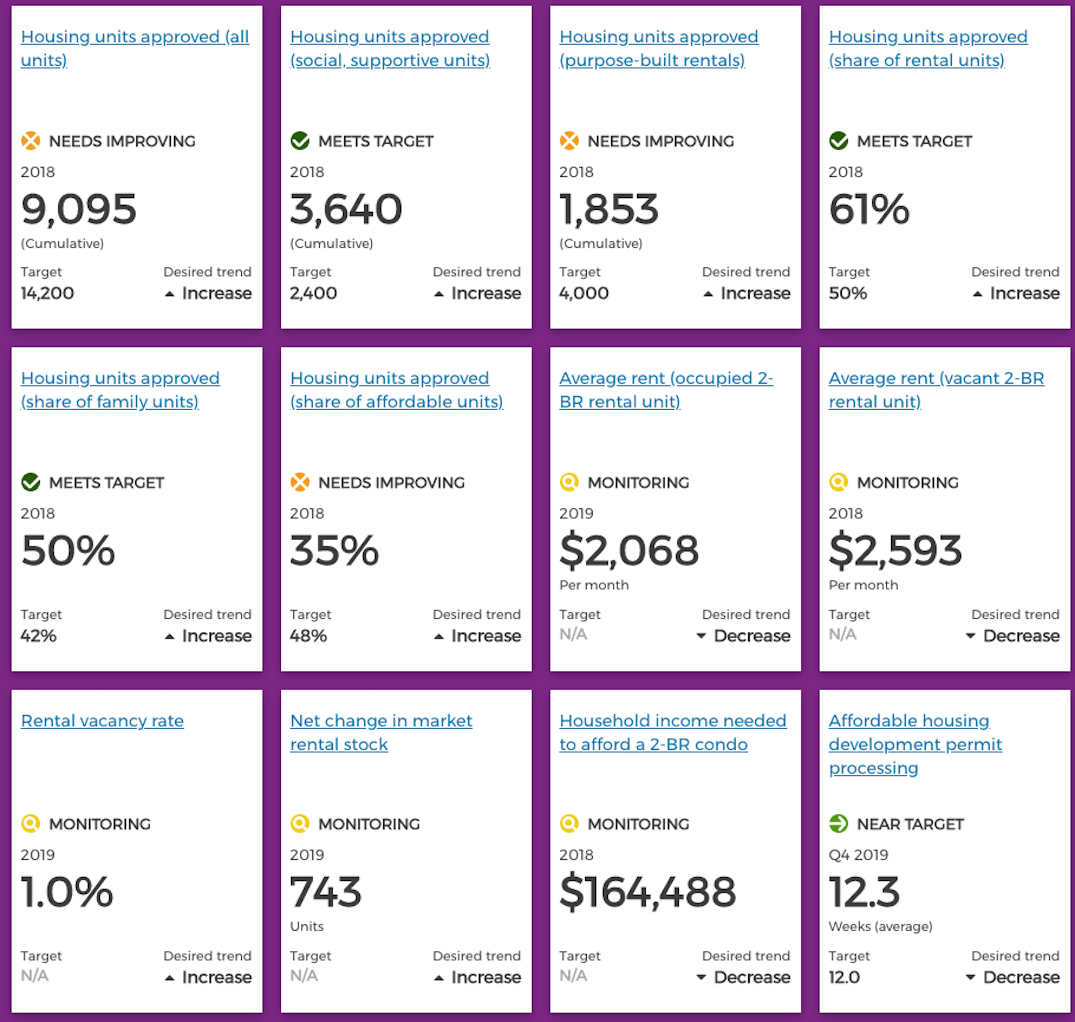 In the economy and city finances category, the city indicates it has an Aaa/AAA credit rating and a net debt per capita of $875. 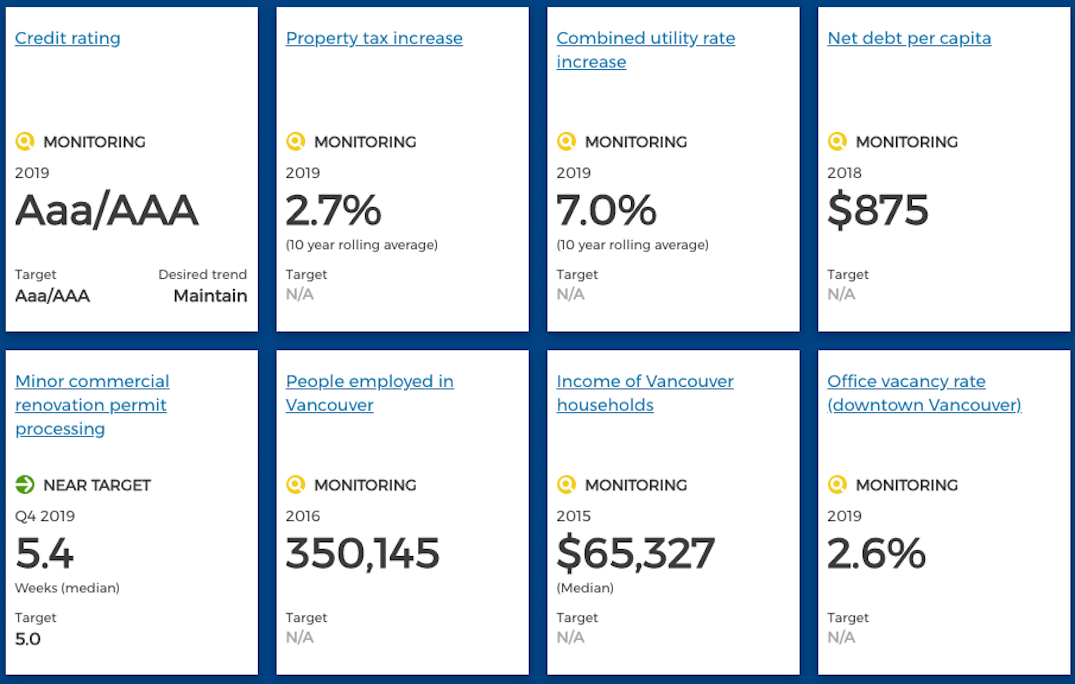 For culture, in 2019 the city-owned theatres saw a combined total attendance of 781,004 people, with 891 events held at these public venues. For Vancouver Public Library’s statistics, there were 9.9 million library collection items in use and 13.4 million library visits in 2018.

Many of these metrics are paired with a “desired trend” gauge, which notes whether the metric needs monitoring, needs improving, needs to be maintained, is near target, or already meets target.

These metrics are updated either quarterly or annually, and historical data for each metric can be viewed as well. The city states the dashboard will be updated with new metrics over time.