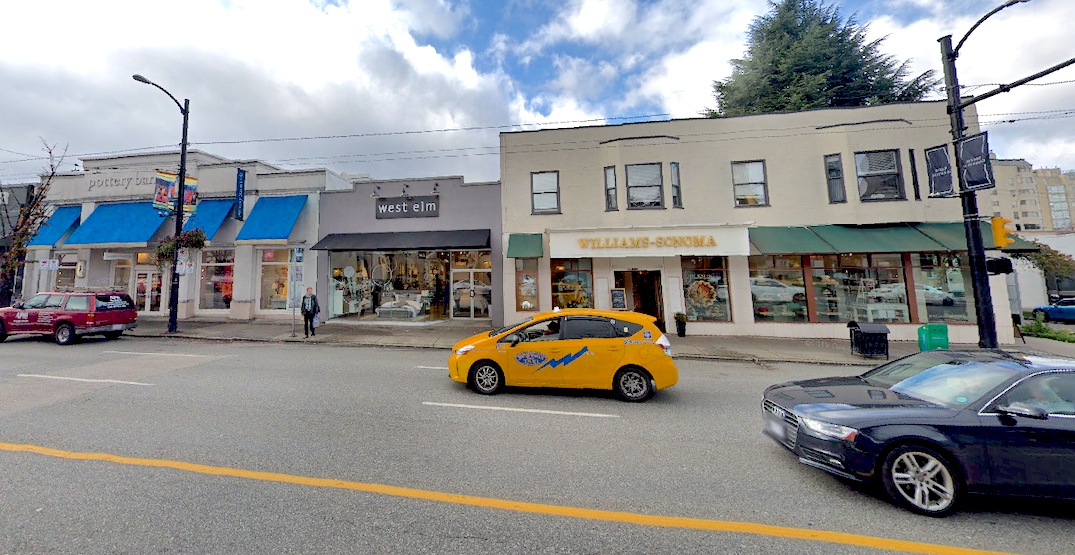 Continuing analysis by City of Vancouver staff on the state of small businesses within its jurisdiction will eventually lead to policy recommendations.

The study is in response to the growing concern over the rising number of independent small business closures and storefront vacancies, and the perceived impact on neighbourhood character and shopping area vibrancy. It is taking a specific dive into seven areas:

When it comes to the overwhelming factor of business affordability, soaring property values from development, rezoning, and new community plans over the last few years have pushed up property taxes, which are passed from landlords to commercial tenants — such as through triple-net leases.

Independent small businesses, non-profits, and arts and culture organizations are particularly vulnerable to such financial constraints that have increasingly pushed them towards closure.

Last month, the provincial government announced it will provide interim property tax relief to small businesses, non-profits, and arts and culture organizations. New legislation to be introduced this spring will provide municipal governments with the capacity to exempt a portion of the value of a subset of commercial properties from taxation, with the relief beginning this tax year and lasting for up to five years.

Beyond property taxes, on the part of municipal governments, retail and restaurants are also struggling from long permit turnaround times, while still paying for high rent and property taxes on a non-revenue generating space.

Based on the city’s analysis, an average of 70% of the businesses within the six BIA areas of study are independent businesses, with Commercial Drive topping at 80%, followed by Collingwood at 78%.

On the flip side, the retail districts with the greatest proportion of chain businesses are South Granville at 40% and Marpole at 20%. 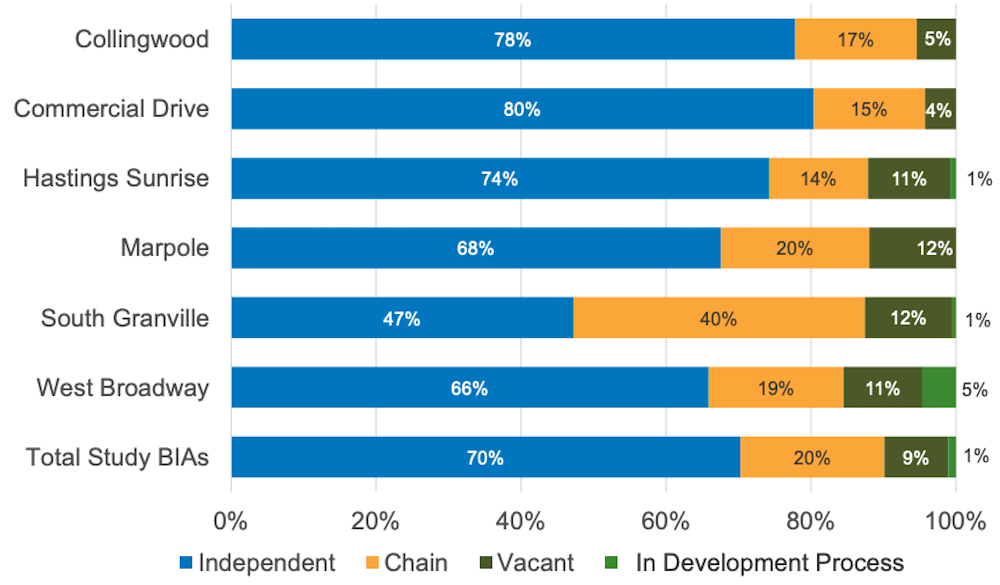 Current snapshot of the business makeup of retail districts. (City of Vancouver)

Areas with the highest storefront vacancies are Marpole and South Vancouver, which are both at 12%, while Commercial Drive has the lowest vacancy rate at just 4%. A vacancy rate of below 10% is considered healthy for a retail district, but only two districts are below this threshold. Apart from Collingwood, all districts saw an increase to their vacancy rates compared to their respective baseline years. 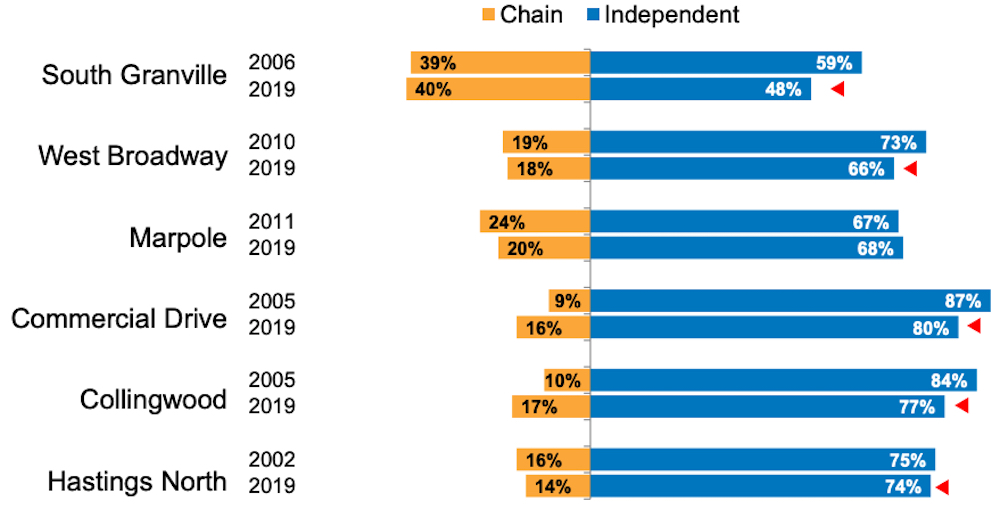 Current snapshot of the business makeup of retail districts. (City of Vancouver)

Additionally, between 2012 and 2019, there was a general decrease in individual property ownership, with the rate falling by 16% for the owner and operator and 6% for individuals, but soaring by 41% for numbered corporations and 71% for developers.

City staff will return to city council in the middle of 2020 to present additional findings from the continuing study and draft policy recommendations.