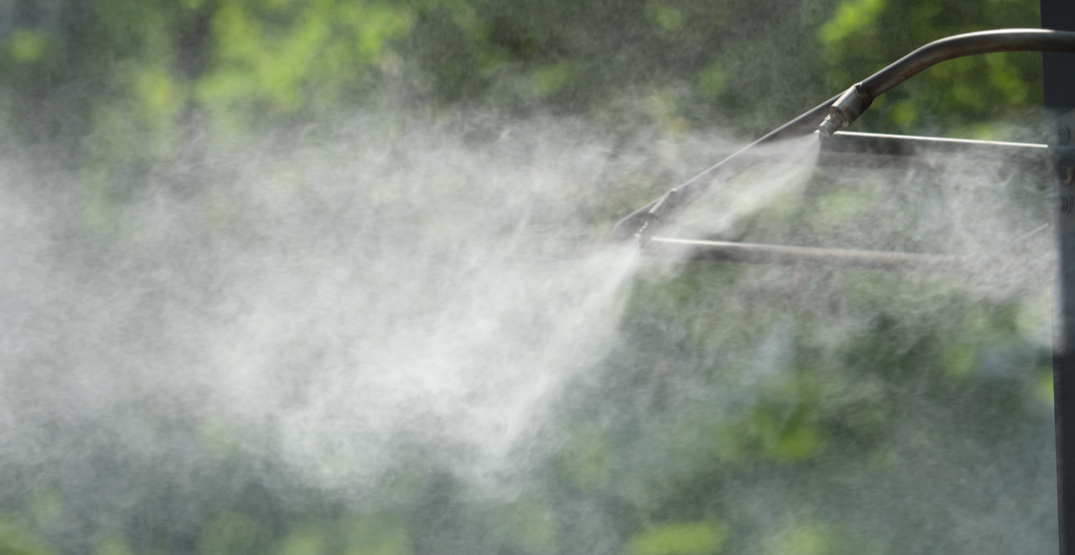 With the hot, summer temperatures in full effect, the City of Vancouver is taking a number of steps to help residents beat the heat and stay healthy.

On Monday, the city announced that seven temporary drinking fountains have been activated around Vancouver. This is in addition to the over 200 permanent fountains and six-bottle fillers across the city.

There are also 10 handwashing stations and 12 misting stations that have been installed around high foot-traffic areas and parks.

In efforts to help residents keep cool while physical distancing, four outdoor shaded parklets have been installed at the following locations:

“These parklets offer shade under tree canopies, or shade tents during the day. Shade is also available under tents at 58 West Hastings Street, with seating and a water misting station on site,” the city said in a release.

According to Environment Canada, Tuesday’s temperatures are expected to feel like 31°C inland with humidity.