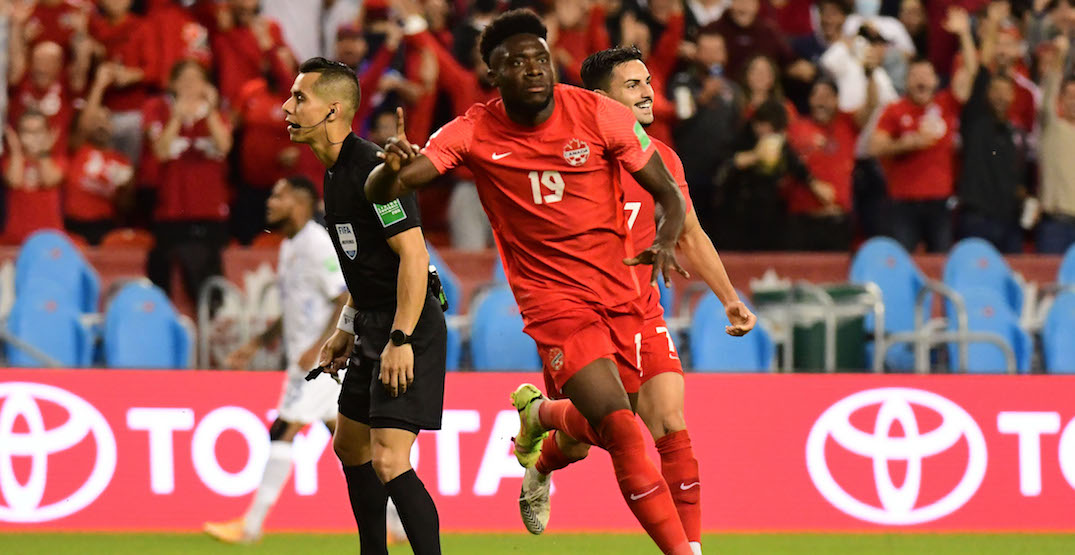 Mayor Kennedy Stewart wants the men’s World Cup to come to Vancouver, and he’s in favour of the city bucking up to do it.

Stewart has announced his intention to contribute up to $5 million in local funding to help “bolster” the government of BC in an effort to bring the 2026 FIFA World Cup to Vancouver.

North America will host the FIFA World Cup in 2026, with 60 matches split between the United States (40), Mexico (10), and Canada (10). Host cities are expected to be finalized this year.

The City of Vancouver says it contributed $1.5 million in operating funds to the Women’s World Cup in 2015, which saw nine matches, including the final, held at BC Place.

“We have a chance to welcome the world back to BC in 2026, and I want to do everything I can to make that happen,” said Stewart.

“Our starting point for the 2026 World Cup was for the event to come at no additional cost, but given the tremendous opportunity we have to support the province and our hard-hit tourism sector, I am proud to announce that in the coming weeks I will recommend to Council that we triple our 2015 World Cup investment and commit up to $5 million in contributions to secure 2026 matches for BC.”

BC Premier John Horgan has flip-flopped on his support of Vancouver hosting World Cup matches in 2026. Horgan pulled Vancouver out of the running to be a host city in 2018, citing concerns about FIFA wanting a “blank cheque.”

The situation has changed in Horgan’s eyes since then, though, in part because of the pandemic’s impact on the tourism industry, which is something Stewart said today that he agrees with. Horgan has also indicated on multiple occasions that FIFA’s demands may have softened.

So when Montreal pulled out of the running last year, leaving Toronto and Edmonton as the only candidate cities left in Canada, the Premier put Vancouver’s name back in the running.

“FIFA will not be looking for the sea and the sky in their ask from host cities,” Horgan said last July.

The question is, is it too late? FIFA delegates visited Toronto and Edmonton in November, but not Vancouver, as it was not officially a “candidate host city.”

Still, there is a sense that Vancouver has a chance to be picked.

Certainly Horgan indicated that when he said in an interview with Don Taylor and Rick Dhaliwal on CHEK TV last month that Melanie Mark, BC’s Minister of Tourism, Arts, Culture, and Sport, was “working on” a bid to host games in Vancouver in 2026.

“This is not 2018,” Horgan added in the CHEK interview. “We’re going into a period where we need to use our spectacular facilities. BC Place has been empty, virtually, for the past two years. It’s a great facility, we spent a ton of money as taxpayers to build in the first place, to update it, and fix the roof.”

“We want to see concerts, we want to see that building used for taxpayers, but also as a magnet for tourism,” Horgan added. “We’re in discussions with Canadian Soccer, we’ll see how that goes. But my concerns in 2018 were, ‘Did we have the capacity?’ Now in 2022, ‘How many people can we get?’”