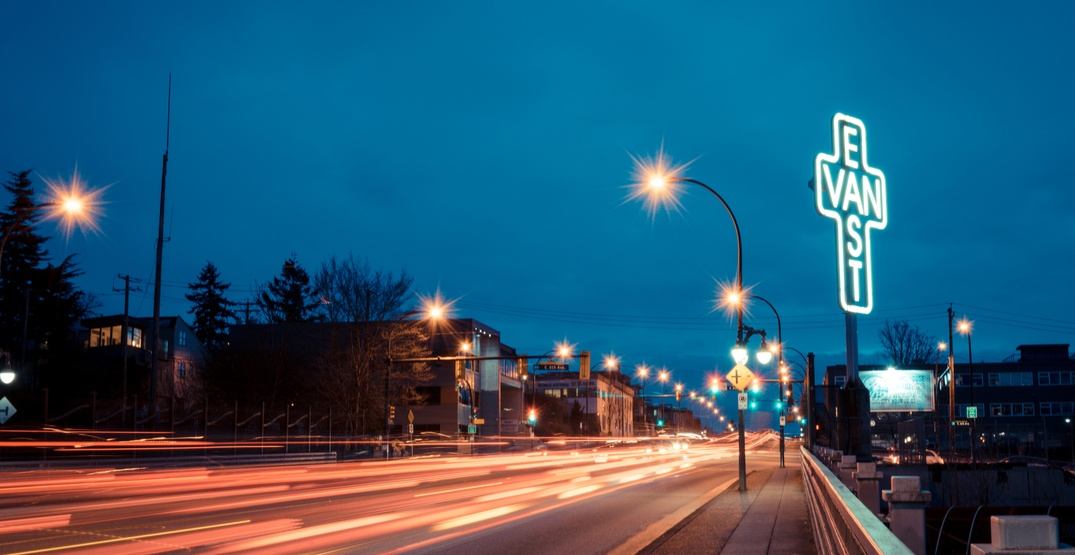 The City of Vancouver is considering the possibility of relocating the iconic East Van Cross installation due to the construction of a 10-storey building next to the SkyTrain’s VCC-Clark Station in the False Creek Flats.

The City of Vancouver’s Development Permit Board recently approved Nature’s Path Foods’ proposal to construct its global headquarters at the site. 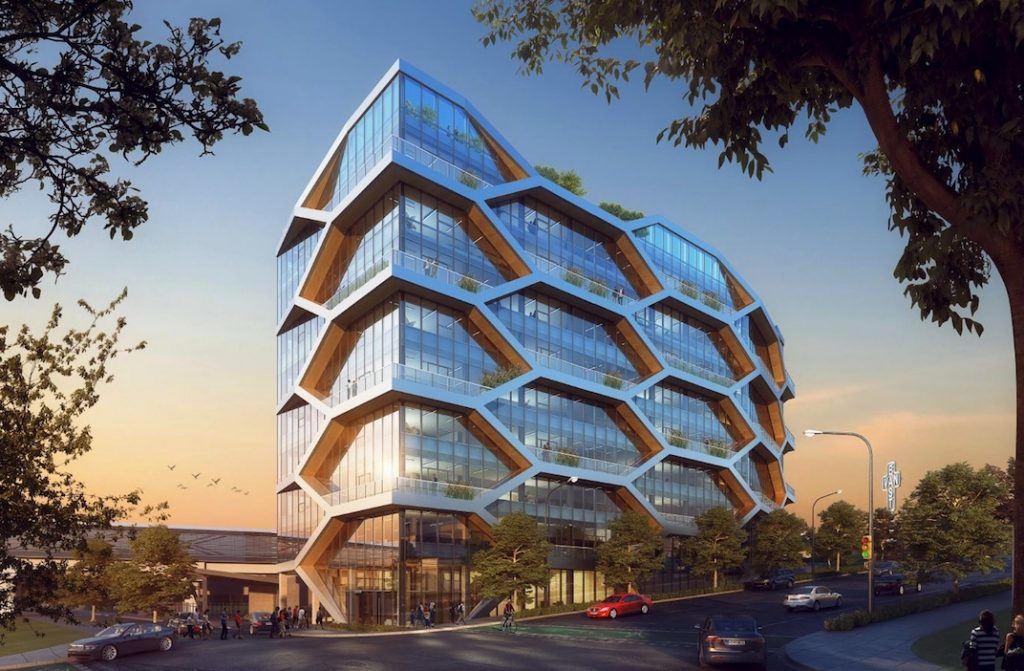 The new timber office building will be located at 2102 Keith Drive — the northwest corner of the intersection of Clark Drive and East 6th Avenue.

The building won’t block the view of the East Van Cross installation entirely. Landscaping on the easternmost area of the development site will provide a buffer for the landmark on the eastern end of the city block. And some sightlines will be protected by the sculpting by the city’s southeast corner.

In a development report published on December 12, 2018, the city also notes that DIALOG — the design and planning for the tower — has “demonstrated that the view would be maintained by some key vantage points including the Skytrain.”

Eric Fredericksen, Public Art Program Manager at the city, confirmed with Daily Hive that it is in “very early stages of assessing possible new sites” for the public art piece.

“It is likely that a decision for the piece will be made within the next few months and if the city does move forward with a new site, notification to neighbours and the public would take place prior to the work being moved,” he said.

Fredrickson notes that “architects have been working conscientiously to ensure some key sightlines are retained,” and “the current building design is largely driven by site constraints (including various rights of way), which has lessened the impact on the views of the piece.”