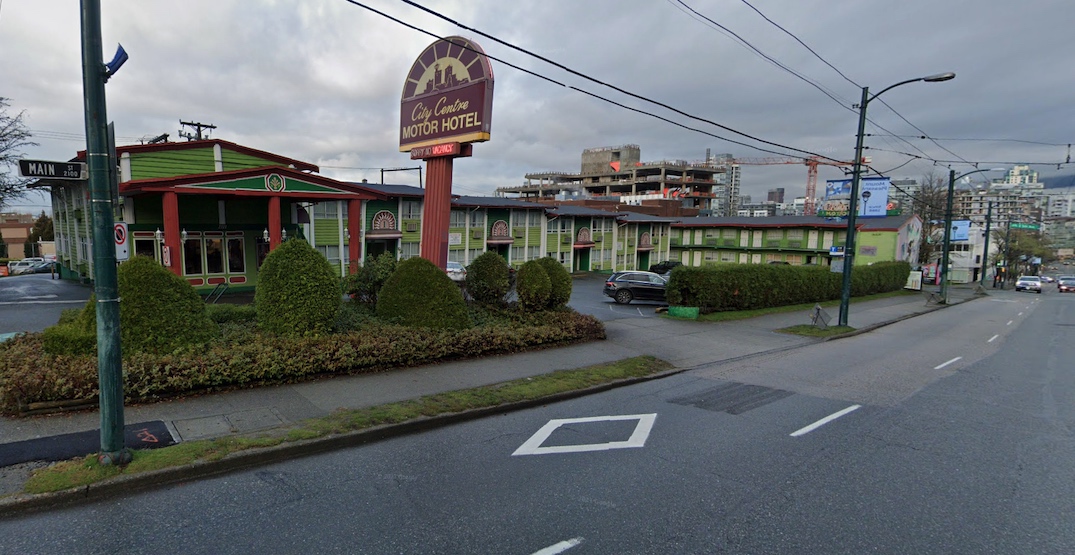 It was inevitable that the 67-year-old City Centre Motel in Vancouver’s Mount Pleasant neighbourhood would eventually be acquired for the purpose of pursuing its redevelopment potential.

The 35,000 sq ft motel property at 2111 Main Street — spanning the west side of the street between East 5th Avenue and East 6th Avenue — has changed hands in a deal worth north of $60 million, sources tell Daily Hive Urbanized.

A deal was recently reached by Nicola-Crosby Real Estate Investments, the real estate arm of Vancouver-based Nicola Wealth Management, to acquire the property.

It is operated as low-cost accommodations with 66 guest rooms. It was previously stated by the building’s longtime owners that the property would be closed from November 2021 to June 2023 for renovations.

In recent years, the building’s northern facade along East 5th Avenue was improved by a mural commissioned by Vancouver Mural Fest.

Based on BC Assessment’s latest assessment, the property is worth just under $37 million, with $36.9 million coming from the land and just $57,000 from the 1954-built, two-storey structure. 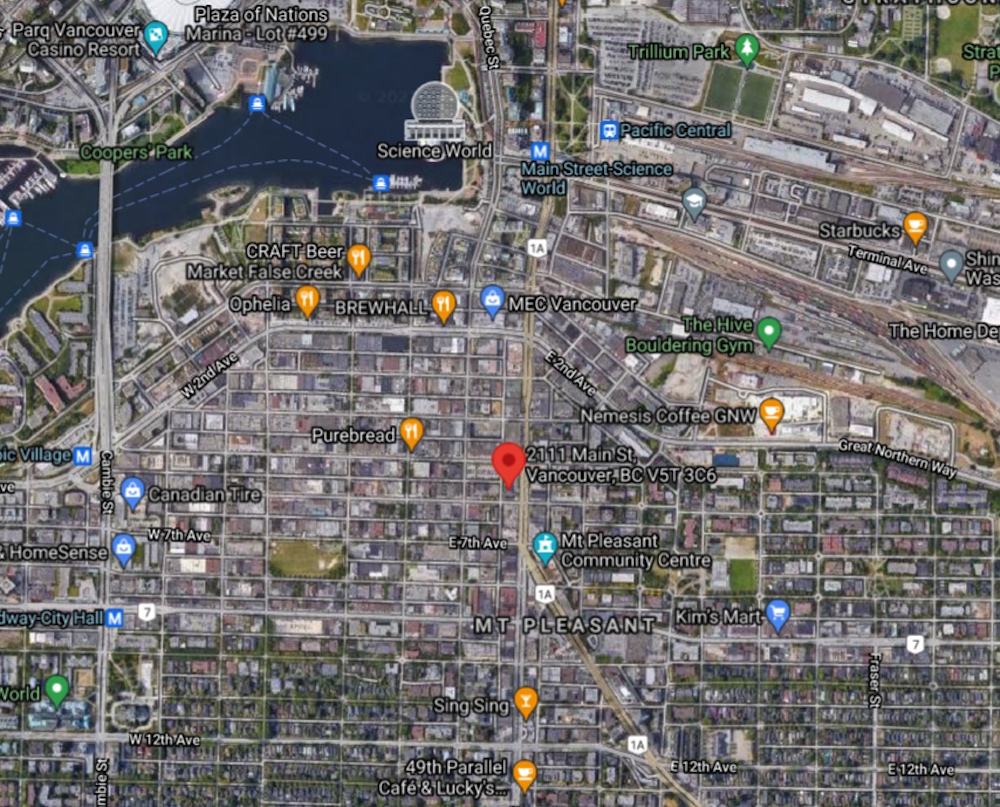 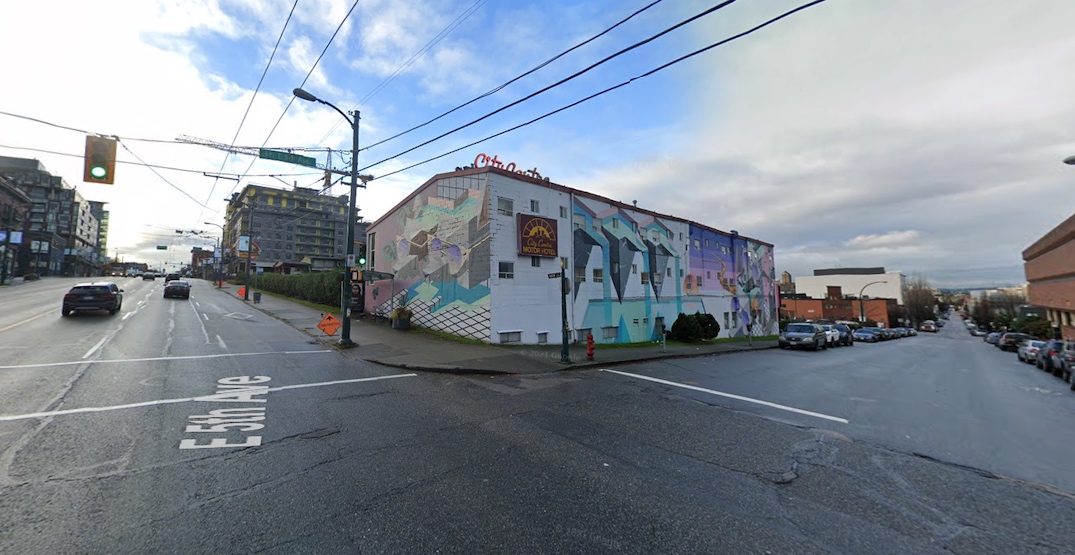 The site is within the easternmost edge of the city’s protected Mount Pleasant Industrial Area (MPIA), which permits a mix of office and creative industrial uses. However, some variances for other flexible uses could potentially be pursued through rezoning, as the site is directly on the Main Street corridor.

Adjacent developments provide an example of what is potentially achievable for the site.

Immediately to the north is Westbank’s city block-sized Main Alley tech campus at 2015 Main Street, where there will be over 500,000 sq ft of office, creative industrial, and retail space in new and renovated buildings.

The first eight-storey new-build addition to Main Alley with about 150,000 sq ft of office and creative industrial space reached completion earlier in 2021. A parcel of Main Alley that faces the City Centre Motel is proposed to be developed into a 21-storey mass timber rental housing tower as the final phase.

Immediately to the south at 188 East 6th Avenue, a 10-storey building with 145 affordable rental homes and space for retail and restaurant uses is approaching full completion.

There are also new residential developments along the east side of Main Street near East 2nd Avenue within the MPIA. 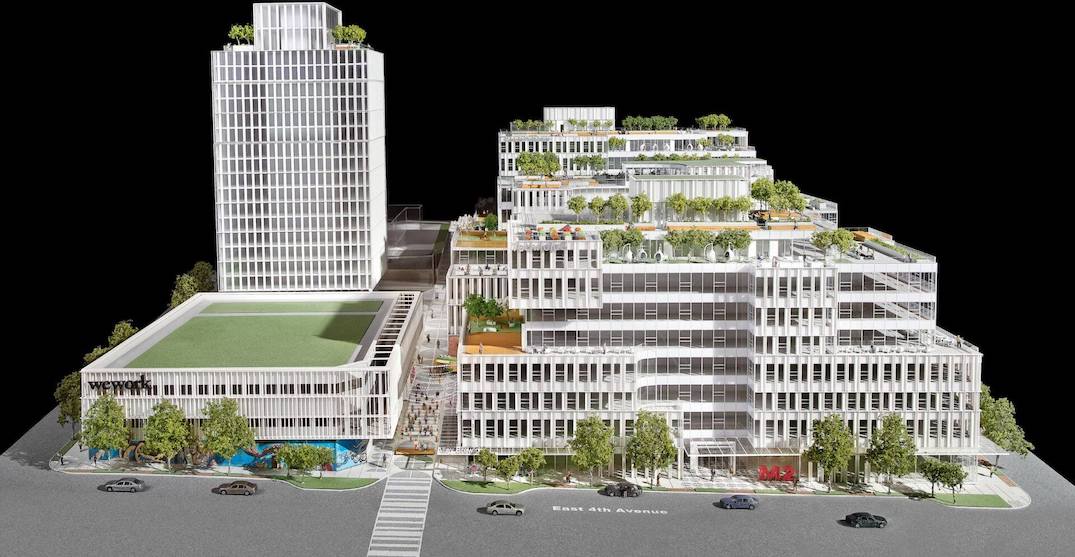 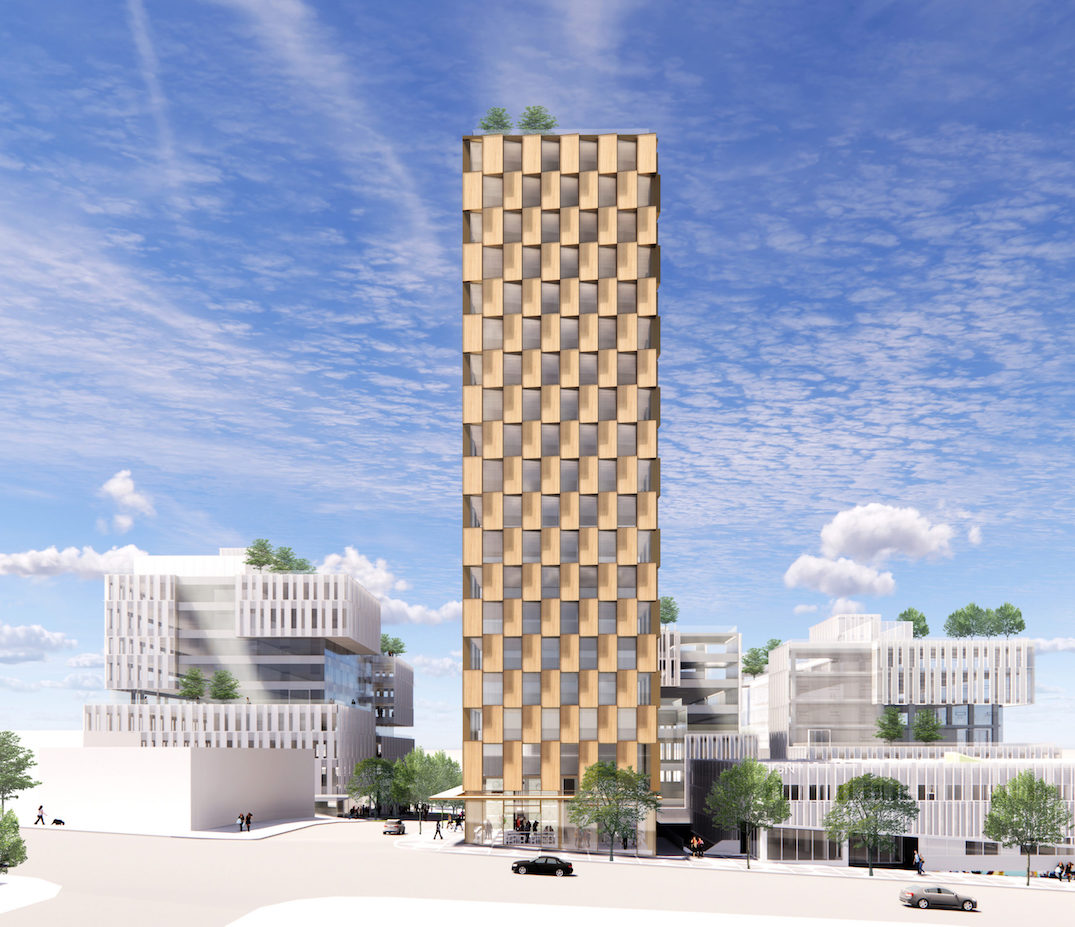 The motel is also considered a transit-oriented property, given that it is not only served by frequent north-south bus routes along Main Street but also SkyTrain’s future Mount Pleasant Station — a six-minute walk away to the intersection of Broadway and Main Street.

Over the decades, it has been used by the local film and television industry as the set of productions such as Once Upon A Time, Batwoman, and more recently Disney Plus’ Turner & Hootch series.

The motel’s likely closure eliminates yet another low-cost accommodations option in the city, after governments over the past year went on a spending spree acquiring older, low-cost hotel properties to quickly create housing for the homeless.

Daily Hive Urbanized has reached out to Nicola-Crosby Real Estate Investments for comment.