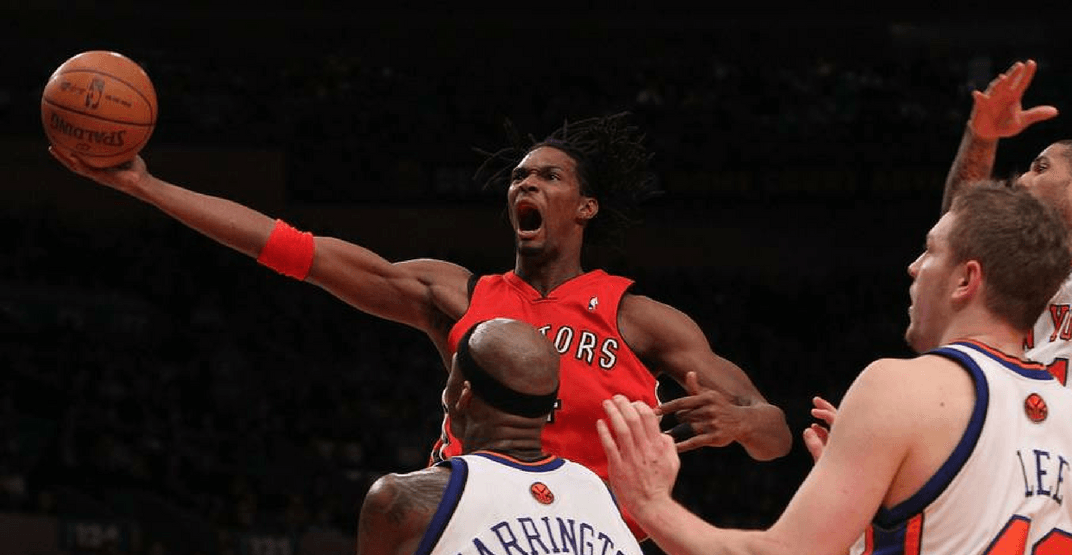 In an interview with ESPN’s First Take on Thursday morning, former Toronto Raptors All-star Chris Bosh hinted at a possible comeback to the NBA after facing a number of health issues, including a blood clot problem that was labelled to be career-ending.

.@chrisbosh says he's trying to come back to the NBA. pic.twitter.com/2yUmuaonCw

“I’ve been in the gym, I can still play basketball, no I’m not done yet,” Bosh told ESPN’s Stephen A. Smith. “I see all these guys shooting threes and not playing defence, man I gotta get some of it.”

Bosh last played during the 2015-2016 NBA season as a member of the Miami Heat. He was selected to six All-Star Games and won two championships alongside LeBron James and Dwyane Wade.

Would love to see Chris Bosh back in the league (in Toronto or elsewhere). Great dude who's game was built for today's NBA. That said, unless his condition has drastically improved over the last year or so, it would be a surprise if a team cleared him to play.

At 33 years of age, Bosh might be pushing his luck after being out of the league for two years, especially with the idea of him playing with a health issue that could be fatal if not observed and evaluated properly.

In the interview, Bosh was asked where he’d like to play. His answer: Golden State Warriors, Houston Rockets, and the Toronto Raptors.

Yes, he listed a return to the Raptors.

“Man, Toronto playing well right now, you gotta put them in the top three,” Bosh said of the first seed Raptors. He continued to praise the city and the fan support during playoff time.

Immediately after, he was asked who he’d choose between Cleveland or Toronto, his answer: “whoever makes me the best deal.”

Bosh played seven seasons with the Raptors, leaving for Miami as a free agent in 2010 to join LeBron James and Dwayne Wade.

From a fit perspective, adding another big to the roster would log jam minutes between Bosh, Pascal Siakam, Jakob Poeltl, and an already-left-out Lucas Noguiera. To try to fit Bosh into the bench lineup may disrupt the pace and production the bench has had success with.

Bosh would add a great deal of talent and experience though, and a return to Toronto would be a massive jolt of energy for the franchise, but Bosh may be underutilized in this current system, with potential to disrupt the second-unit’s chemistry.