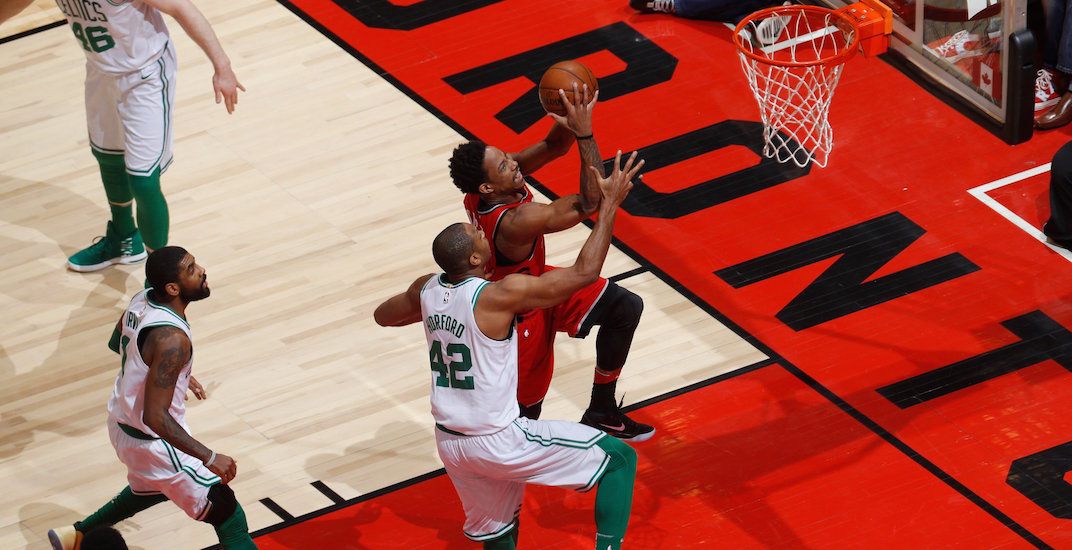 The Raptors took it to the Eastern Conference’s best team on Tuesday night, making a big statement with a 111-91 dismantling of the Boston Celtics.

Toronto improved to 22-4 at home, the best home record in the entire association, and sit just one game behind the Celtics for the No. 1 spot in the conference.

The Raptors took advantage of the injury-riddled Celtics, showing off their roster depth with 59 points by their bench.

"They are the best second-unit in the league and they have confidence in themselves" — Kyrie Irving re: The Raptors bench.

It was a complete performance, holding the Celtics to under 100 points on a poor 39.8% from the field. In return, the Raptors scored on an impressive and efficient 50% from the field, 47.2% from the three-point line, with 29 assists.

Kyle Lowry posted a team-best 23 points in 25 minutes—none of the starters played the fourth quarter. That’s the kind of night it was for the Raptors.

Last week, Inside the NBA’s Charles Barkley labelled the Raptors as the best team in the Eastern Conference, and after Tuesday’s statement win, it only helps his argument.

The Raptors will see the Celtics two more times this season, all within the final two weeks of the regular season.