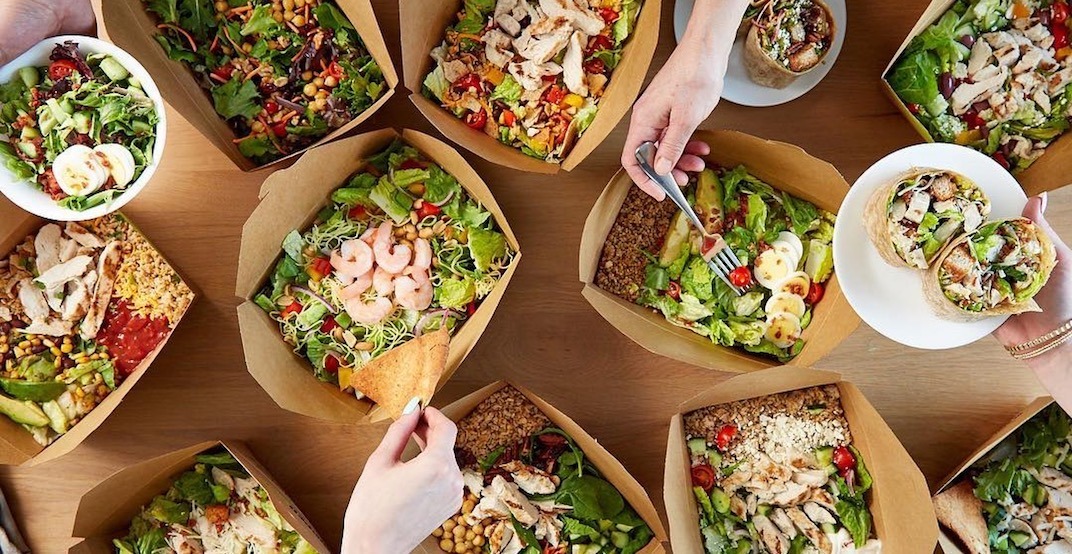 Whether it’s the new Canada Food Guide steering us to eat cleaner or just the general need for more vegetables in our lives, Canadians are clearly loving healthy food outposts.

One Canadian chain, in particular, The Chopped Leaf, is expanding quickly nationwide.

The purveyor of fresh chef-made salads, wraps, and soups was founded in Kelowna, BC in 2009, and it already has 80 franchise locations in North America.

The brand has now revealed there are several more stores slated to open in the next year, which will add to existing locations in BC, Alberta, Saskatchewan, Manitoba, Ontario, and Washington.

The Chopped Leaf has its sights set on Southern Ontario, Quebec, and Atlantic Canada for future expansion, these markets will be “substantial growth” when it comes to the salad chain’s outposts.

Looks like you’ll be seeing more of this spot in the near future, in every part of Canada.