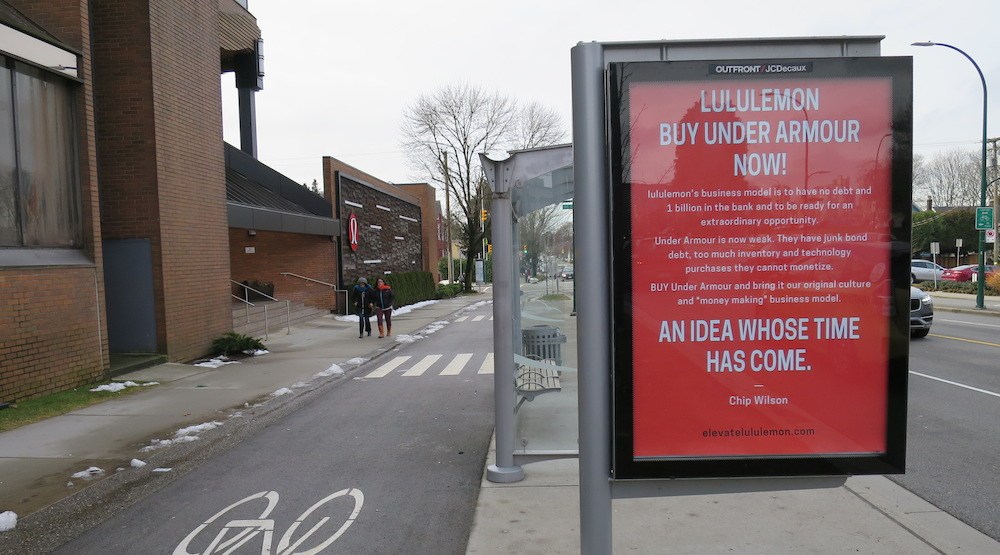 He may not be handing out pamphlets or hollering at passers-by, but Lululemon founder Chip Wilson is still taking his message directly to the streets of Vancouver.

Wilson has posted an ad in Kitsilano – just outside the Lululemon headquarters – advising the company to buy Under Armour.

Wilson calls the Under Armour apparel brand “weak” and declares its purchase by lululemon “an idea whose time has come.”

He implores lululemon – with its “business model of having no debt, one billion in the bank, and ready for an extraordinary opportunity,” – to buy the company.

Did we mention this is all on a bus stop poster? Yup. 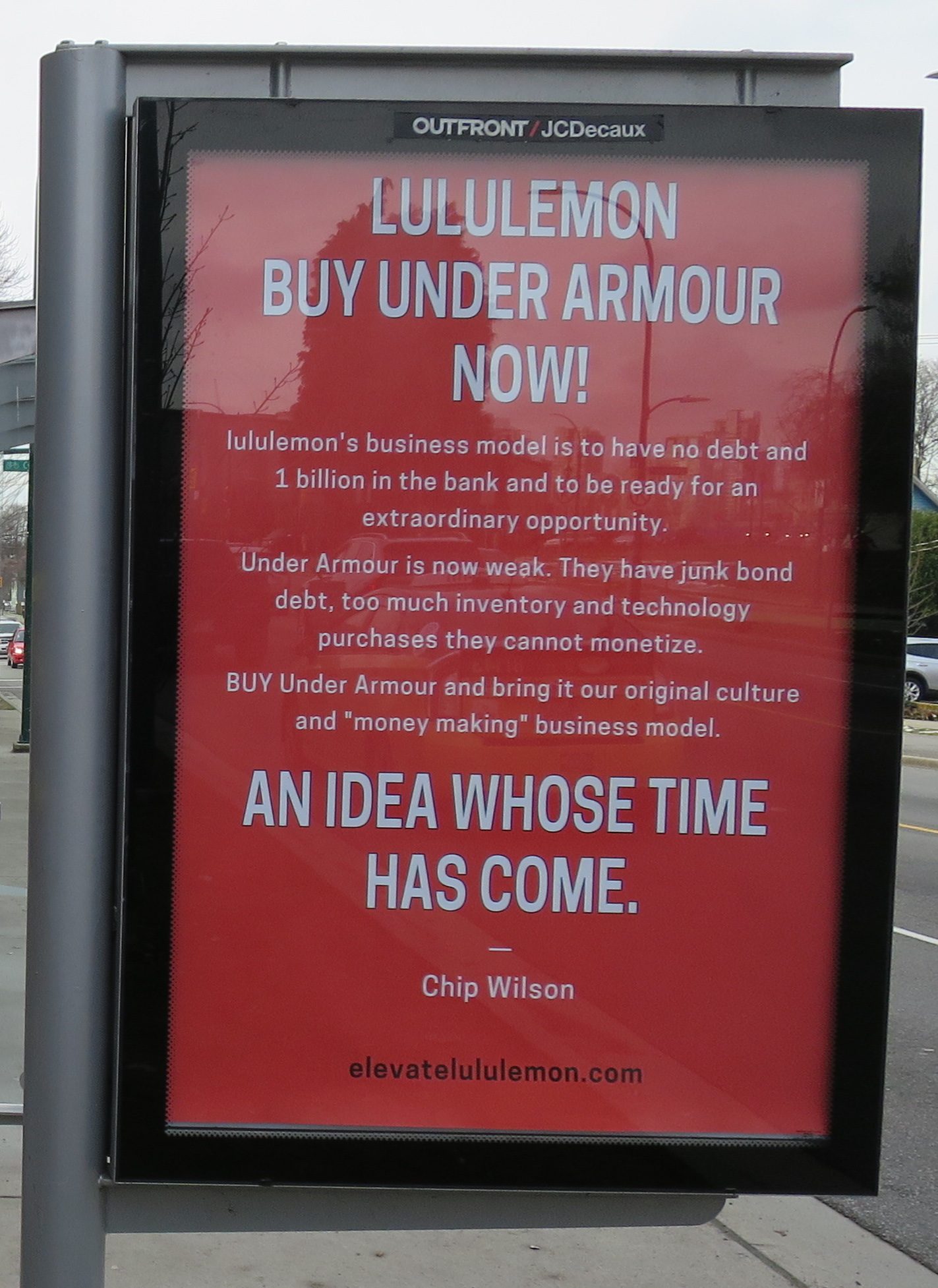 Under Armour CEO under fire

Wilson founded the the yoga apparel retailer 19 years ago in Kitsilano.

He resigned from the position of the company’s chairman in December of that same year and stepped down from lululemon’s Board of Directors as well.

Meanwhile, Under Armour isn’t too well.

In its fourth quarter review, Under Armour reported an almost 4 % decrease in gross margin, expenses that grew to 32.1% of total sales, and a decline in operating income of 6%.

More recently, Under Armour CEO Kevin Plank came under fire recently after calling US President Donald Trump “an asset to the country” in an interview.

He has since clarified his comments in an open letter, saying he was referring to Trump’s focus on job creation, and declaring that Under Armour is against Trump’s travel ban.

Wilson claims it was all a joke

So is this Wilson vs. Plank? Is the Point Grey billionaire onto something or will the Baltimore billionaire win out?

The answer lies in the bus stop ad itself, which directs people to a elevatelululemon.com, a site run by Wilson so he has a place to share his views on the company.

“On the surface, lululemon buying Under Armour seems like a very smart idea,” Wilson writes. “Under Armour is very masculine and lululemon is feminine by original intent.”

However, he says, the two brands would not make the ideal power couple the world imagines – because the cultures are too different.

“Under Armour has a philosophy of winning at all cost and lululemon’s philosophy is – or used to be – that everyone can win,” writes Wilson.

“If today were April Fool’s, this would be the perfect joke.”

Wilson explains he created the bus stop ad just to show the lululemon business model is “far superior” to Under Armour. And then goes on a rant about lululemon’s board of directors.

Oh. Well, in the meantime, at least it’s something to read while you wait for the bus.