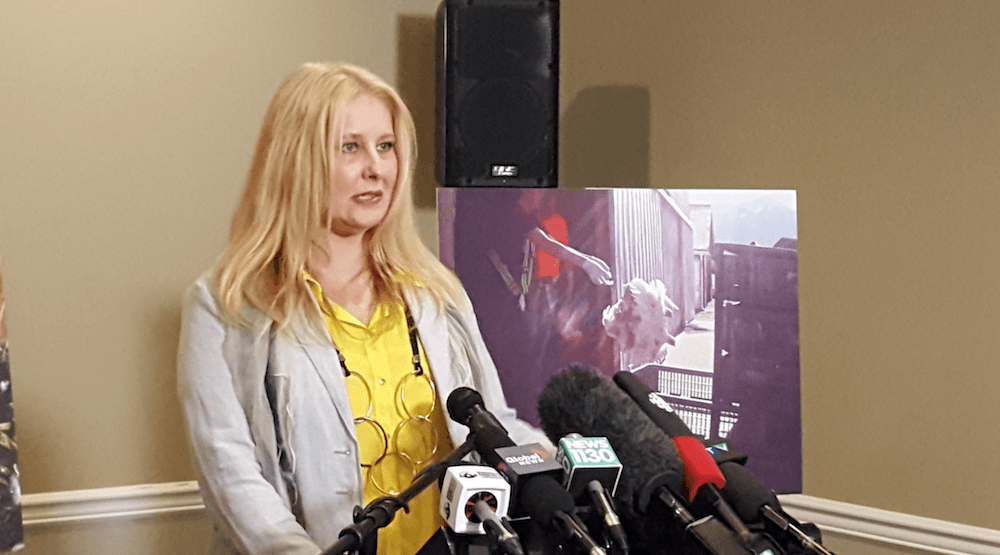 Toronto-based animal activist group Mercy For Animals (MFA) has branded Sofina’s response to the uncovering of animal abuse at a supplier’s chicken farm in Chilliwack as “nothing but disingenuous.”

MFA vice-president Krista Hiddema made the comments Tuesday, in response to what she calls the “shocking” video footage of workers abusing chickens at the farm.

Speaking to reporters in Vancouver, Hiddema lambasted Sofina’s response as “too little too late,” calling the company’s statement a “sham of a press release.”

Those involved, she challenges, ” were well aware of what was taking place every day,” and the abuse would still be taking place if it were not for MFA exposing the situation.

She said the video of the alleged abuse was captured by an undercover worker in the plant who shared it with MFA.

“The industry is simply incapable of monitoring themselves,” Hiddema said. “They cannot regulate themselves and they have been allowed behind closed doors to fester the hate and abuse for far too long.”

“The video is the latest demonstration of the ongoing culture of cruelty that has been allowed to fester in the Canadian poultry industry for far too long,” Hiddema said.

“Everyone who sees this video can agree that the level of animal abuse simply cannot continue.”

MFA she said, is “demanding prosecution of the workers, the managers and the companies,” and expect “swift and meaningful” action as soon as possible.

“We are seeking prosecution of the workers and supervisors,” Hiddema said. “We certainly expect they will be prosecuted to the fullest extent of the law, both from a monetary perspective, as well as getting jail time.”

Hiddema also called on Galen Weston, the president of Loblaws, to adopt “meaningful” animal welfare policies, to  ensure chickens in the company’s supply chain are not tortured.

Some of the policies MFA would like to see Loblaws implement include:

“Loblaws has the power and responsibility to end this horrific animal abuse that is occurring in their supply chain,” said Hiddema.

“As a civilized society, it is our moral obligation to prevent cruelty to all animals including chickens and other farm animals.”